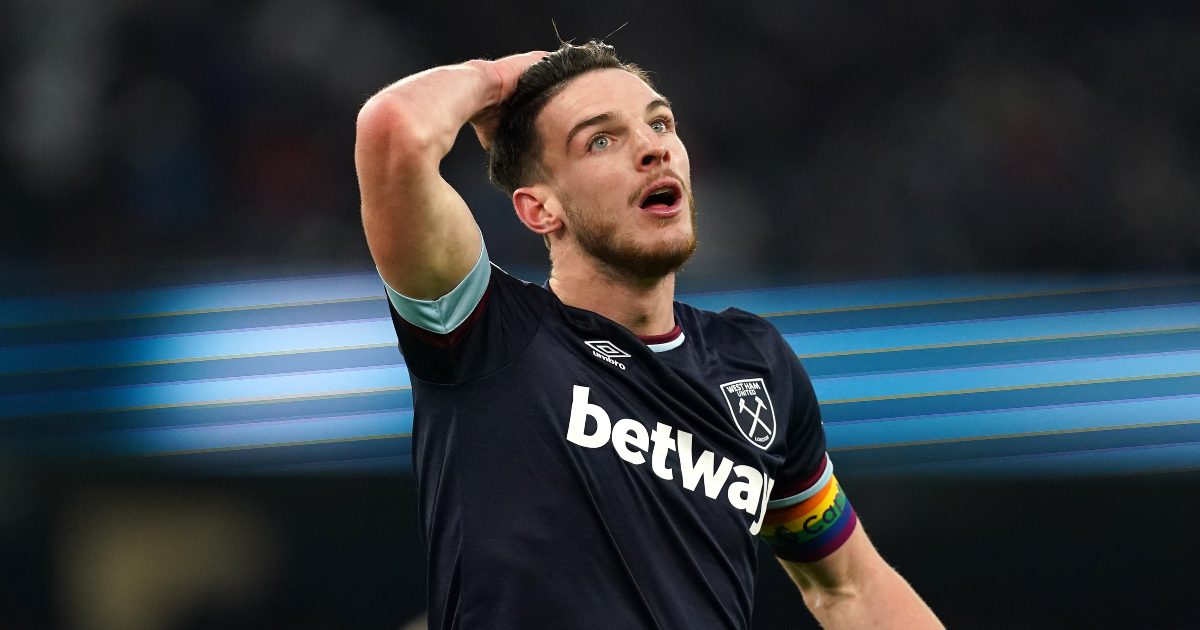 Tony Cottee believes Declan Rice would join Chelsea if he decided to leave West Ham United as he has a lot of “friends” at Stamford Bridge.

Rice has established himself as one of the best young players in the Premier League. He was integral as the Hammers finished sixth in the league last year.

Alongside Kalvin Phillips, he also shone at Euro 2020 as England reached the final of the tournament.

Rice’s great form has continued this term as he has helped West Ham occupy fourth spot in the Premier League after 13 games.

The midfielder has consistently been linked with a move away from West Ham over the past couple of years.

As reported by The Metro, Cottee said he thinks that Rice will eventually join Chelsea:

“If Declan was to decide to leave, I think he’ll go to Chelsea,” Cottee said.

“And the reason for that is he was at Chelsea as a kid. He is best friends with Mason Mount, and he’s grew up with all the young kids at the club.

“You know, Tammy Abraham, he’s in Italy now, but he grew up with him and Callum Hudson-Odoi, and Reece James.

“All those young boys that are playing so well for Chelsea, Declan is friends with them. I don’t want him to leave, but if he was leaving, I think most of the West Ham fans wouldn’t begrudge the guy going to Chelsea. Because we all know that he was there as a kid.

“I haven’t even mentioned Liverpool. I mean, I don’t know whether they would be interested, but you know it’s Chelsea for me.”

“I think Declan Rice is the best player in the Premier League. He’s going to get better and better,” Hoddle said.

“For me, I think Phil Foden in three years time will be the best player in the world.

“He has got everything. I saw him when he was 17 when they won the youth World Cup and he was head and shoulders above anyone on the pitch and that was against the South Americans.

“I said at the time he looked more South American than they did!

“He knows how to penetrate the six-yard box, can score goals from inside and out.”