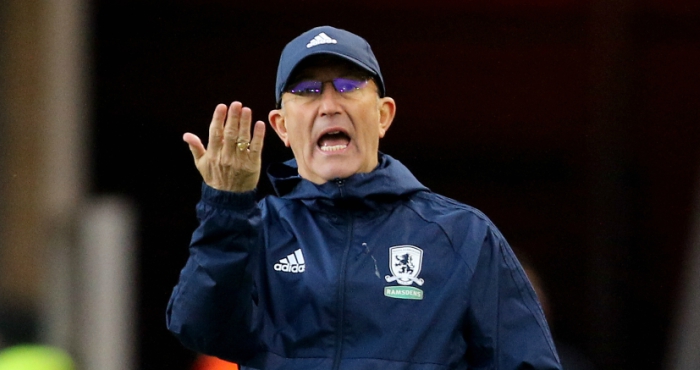 “You get pigeon-holed in life, you have to accept that. I have not just spent my life at the bottom of the league fighting relegation.”

It was rather uncharacteristic of Tony Pulis to start his journey at Middlesbrough on the attack, such is his managerial proclivity for doing the exact opposite. The caricature of the Welshman is of a no-nonsense firefighter, catapulted into lowly Premier League clubs to rescue them from relegation, work on set-pieces and cherish their towering centre-halves before grunting through press conferences while standing up, club-branded cap fixed firmly to head throughout. That, as it were, is the sound of the Pulis.

“If a top four job came along, I don’t think people will look at Tony Pulis to do that,” he himself admitted in April 2015. There has undoubtedly been a glass ceiling placed above the 60-year-old, but he was complicit in fitting it. In his eight seasons as a Premier League manager he never finished higher than tenth or lower than 14th, never accruing more than 47 or fewer than 42 points. The two players to have made the most appearances under him in his 26-year coaching career are Ryan Shawcross (241) and Rory Delap (208), while he has never won a single trophy as a manager.

If that paints a certain picture of Pulis, it is one only half-finished, a simplistic view of a complex professional. The Welshman is a former Premier League Manager of the Season, an FA Cup runner-up, and a man who took Stoke from 13th in the Championship to the Europa League knock-out stages in five years. He has more strings to his bow than merely leader of top-flight rescue missions.

It is a point he has been keen to stress before, not just at his Middlesbrough unveiling. “It’s annoying and disappointing that people think I just keep clubs up,” he told the Daily Telegraph three years ago. “What I get frustrated about is that everybody talks about me never being relegated, nobody talks about the fact I’ve been promoted out of every league in England.”

For every West Brom survival season, there is promotion from the fourth tier in his first campaign with Gillingham in 1996. A fine stint at Crystal Palace can be juxtaposed with Paul Dickov-induced play-off final heartbreak in 1999 with the Gills, laying the foundation for their promotion to the First Division a year later. To cultivate his Premier League reputation at Stoke, he had to get them there in the first place. This supposedly tired old workhorse is more of a two-trick pony.

Pulis’ road to success has been a two-way street, but one lane was closed for nearly a decade until Middlesbrough came calling. The club were hardly in grave danger of missing out on promotion when he was appointed on Boxing Day, sitting seventh, just three points behind Sheffield United. But three months later, a third win in four games has guided them into the play-offs, and on a run of form which might well see them stay there for some time.

The Welshman is thriving away from the Premier League spotlight, embracing the blank canvas and different palette offered to him in the north-east. His sacking at West Brom was just, and the result of a miserable two wins in 21 league games, but his reputation meant he could easily wait for another top-flight club to press the panic button. But Pulis took a different route; he has treated a chance in the Championship not as a demotion or a step down, but as an opportunity to reinvigorate and redefine himself.

I was dubious at first about TP at boro but now I'm well & truly in the TP fan club. Just what the doctor ordered imo & a no nonsense boss that gets results. Got a good feeling about the pulis reign #UTB

The Middlesbrough defence has marginally improved, as can only be expected. They have conceded 11 goals in 13 league games under Pulis after letting in 23 in as many matches during Garry Monk’s ill-fated reign. Yet it is further forward that Pulis is having a greater effect. Boro have scored 20 goals since he was made manager; only Aston Villa (25) and Fulham (33) have more in that time. There have been 3-2 and 3-1 wins, two 3-0 victories and a 3-3 draw. There has been a single 0-0 stalemate, and the midweek defeat of Birmingham was their first 1-0 win under Pulis. The master of binary code has expanded his methods of communication.

To do so, he relied not so much on the January transfer window but largely on using the tools he inherited. Muhamed Besic has been an inspired loan signing from Everton, but the rest of his winter business involved separating wheat from chaff. Adam Forshaw, Cyrus Christie and Adlène Guedioura were sold, while £15million strike pair Martin Braithwaite and Ashley Fletcher were loaned out. Three players arrived, but only Besic is playing regularly.

The other key players have emerged from the fringes: Patrick Bamford has eight goals in his last four league games after netting two in 43 under seven different managers at four different clubs; Stewart Downing has been completely re-energised; Adama Traore has been an absolute revelation. That the three most-improved players under Pulis are attacking by nature is a welcome change from the norm. The leopard is at least making an attempt to change his spots.

“It’s about finding the best players to suit a system,” said Pulis in January. “It will be interesting to see how often Garry picked the same team and stuck with it. I like to know my best team and have eight or so players who are playing regularly every week.”

The survival expert has kept his compass packed away and is no longer drinking his own piss, but Pulis is still adhering to a handful of his own basic rules. Eight players have appeared in each of his 14 games thus far, as Monk’s policy of rotation has been replaced with continuity and clarity. The benefits have been obvious. And as he said after the Birmingham victory lifted Boro into the play-offs for the first time since November: “Clean sheets win you games.”

That Pulis is working towards promotion to the top flight when each of his former Premier League clubs reside in the bottom three seems almost fitting. The firefighter can only watch on to see whether Stoke, Palace and West Brom are engulfed in relegation. Boro are happily lighting up the Championship in the meantime.