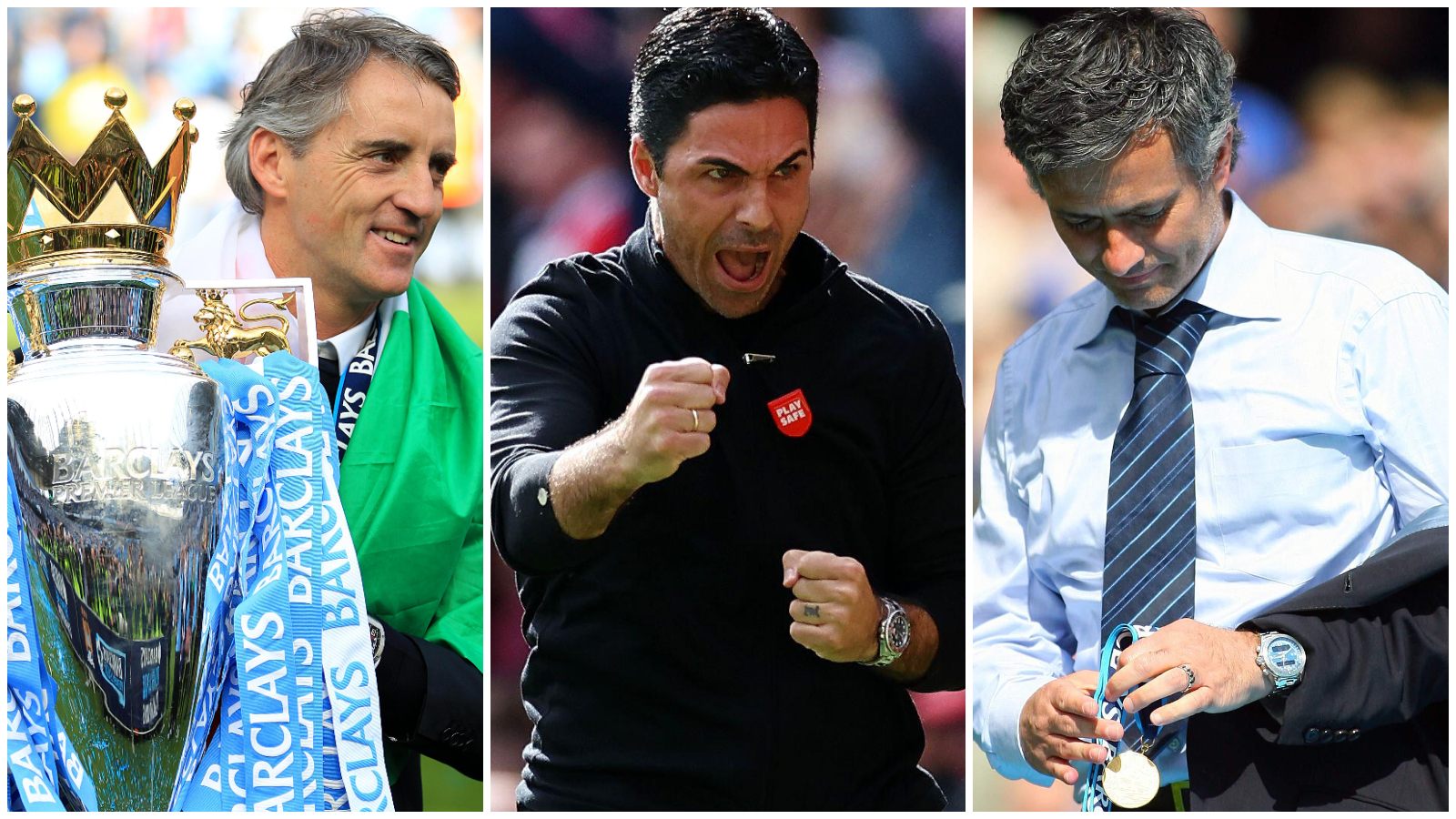 Mikel Arteta has edged past Carlo Ancelotti now after Arsenal won 16 of their first 19 Premier League games of the season.

The cut-off point is 50 games and there is no surprise at the lower/higher reaches of this list.

10) Carlo Ancelotti (Chelsea and Everton): 1.84 pts per game
The Italian has managed in all five major European leagues and his Premier League record is comfortably the lowest of the lot, which is something that can be laid very much at the feet of Everton. It still feels like a fever dream that he managed Everton.

9) Mikel Arteta (Arsenal): 1.87 pts per game
This really is quite the company Mikel Arteta is keeping. The Gunners lead the Premier League and look excellent value for it. The truth is that they have spent a hell of a lot to get there, but Arteta has excelled in creating a young, exciting team.

8) Thomas Tuchel (Chelsea): 1.94 pts per game
Good but ultimately not good enough for Chelsea, who sacked him in September 2022 with the Blues in sixth place. Was it harsh? Very much so. Do Chelsea look better for sacking him? Kind of. Ish. Actually no.

7) Arsene Wenger (Arsenal): 1.96 pts per game
The high of the Invincibles (2.37 PPM) became the low of his final season in charge of Arsenal (1.66 RPM), long after he probably should have walked away. Sticking around longer than he was welcome probably cost him a few places on this list.

6) Jose Mourinho (Chelsea, Manchester United, Tottenham): 2.03 pts per game
His final half-season at Chelsea was disastrous, his final half-season at Manchester United was little better, and Tottenham was always an uneasy union that never quite felt comfortable. But there is no doubt that Jose Mourinho constructed one of the great Premier League sides first time round at Chelsea. He would be wise to resist a return that would taint his legacy further.

5) Antonio Conte (Chelsea and Tottenham): 2.04 pts per game
He might be a cantankerous sod that could bugger off any minute, but my word he is good at winning football matches. He won the Premier League title in his first season at Chelsea and even a poor second season could dull his shine. Though the first whispers of ‘Conte out’ are brewing.

4) Roberto Mancini (Manchester City): 2.05 pts per game
He won Manchester City’s first Premier League title. What more do you want? Well, lots more apparently; he was sacked a year after he won that title having apparently failed to hit certain targets. It now feels ludicrous that City would ever go a whole year without winning silverware but 2013 was a different time.

3) Jurgen Klopp (Liverpool): 2.11 pts per game
The 2.61 PPM of the title-winning year then became 1.82 as the Reds stumbled. That he pulled that number back up to 2.42 last season is remarkable, but this season has been rather less remarkable.

2) Sir Alex Ferguson (Manchester United): 2.16 pts per game
In 21 Premier League seasons, Ferguson’s Manchester United side only twice dropped below the two points per game mark. That is nothing short of remarkable consistency from a brilliant manager who managed to build three great, great sides. Most will forever see him as the GOAT whatever the man above/below him on this list achieves.

READ NOW: Liverpool among top 10 Premier League sides that were great and then went rubbish