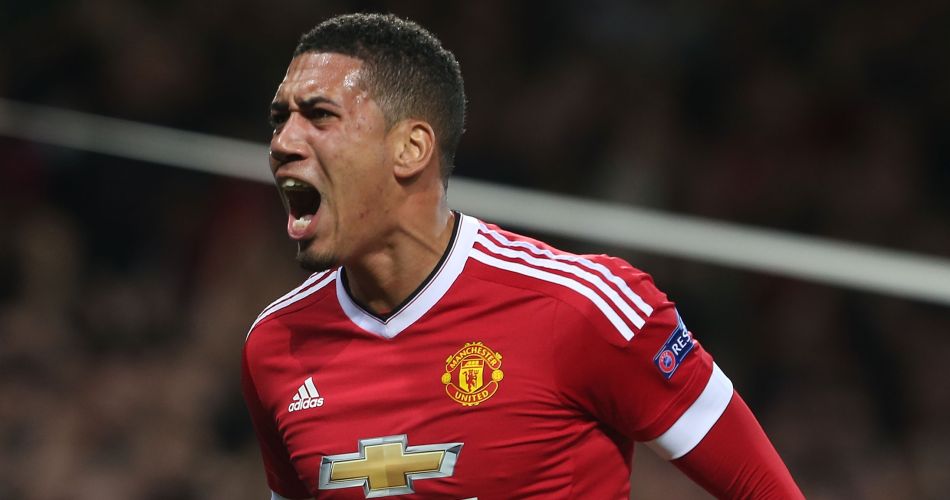 10. Philippe Coutinho
‘Made by Rodgers, refined by Klopp’. Philippe Coutinho was considered he heartbeat of Brendan Rodgers’ Liverpool side heading into 2015, and he will exit the calendar year as one of Jurgen Klopp’s most trusted lieutenants.

The Brazilian has undoubtedly been Liverpool’s shining light of a difficult year, featuring in more games than any other player, aside from Simon Mignolet. He has contributed 13 goals in 32 appearances – again, the highest this year. Liverpool needed a talisman to build around during a period of transition, with Luis Suarez, Steven Gerrard and Raheem Sterling all having departed. With Daniel Sturridge growing accustomed to the treatment room, Coutinho has stepped up and taken the mantle of lynchpin.

9. Olivier Giroud
Only Harry Kane, Sergio Aguero and Jamie Vardy have scored more Premier League goals than Olivier Giroud in 2015. Considering the Frenchman has not been a guranteed first-choice starter, and his return from a three-month lay-off from a broken leg coincided with the turn of the year, it is not a record to be scoffed at. The handsome one has adjusted to the threat posed by Theo Walcott for a striking role in this Arsenal side. The 29-year-old has earned his opportunity to stake his claim once more.

Questions remain as to whether he is good enough to spearhead a sustained title challenge, but a definitive answer will be provided either way come May. What cannot be denied is that Giroud continues to confound his critics.

8. Yannick Bolasie
In terms of Yannick Bolasie, there is a pre-Alan Pardew era and a post-Alan Pardew era. Before the Englishman’s appointment as Crystal Palace manager in early January, Bolasie had scored one goal and provided seven assists in 49 Premier League games. In the 29 games since Pardew took over, Bolasie has scored seven goals and added a further four assists. From Bristol City cast-off to ‘£40million’ wing wizard, all thanks to Pardew.

Not quite, although Chunky deserves plenty of credit for Bolasie’s development. In the 26-year-old’s own words:

“You don’t just build a player overnight, everything has to come gradually. I don’t think people really expect it. I think it’s all down to the gaffer and what he does in training and you can see it in the boys.”

Had it not been for Leicester, Crystal Palace’s calendar year would surely have earned more praise. Only Arsenal and Manchester City have won more Premier League games since January 1, and they sit sixth in a 2015 league table; Bolasie has been the star.

7. Sergio Aguero
Imagine what Sergio Aguero would be capable of if his body could endure a full season of elite football. The Argentinean has missed a portion of the year through injury, but his 19 goals in 28 appearances represents a strike rate only bettered by Harry Kane in 2015. Consider too City’s second top goalscorer behind Aguero this year is David Silva with seven, a full 12 goals behind the 27-year-old. The Spaniard is also the only man to provide more assists than Aguero since January. The destination of the title could depend on those troublesome hamstrings.

6. Romelu Lukaku
The unlikely poster boy for English football, Romelu Lukaku has cemented his place not only in Daniel Storey’s heart, but amongst the top echelon of strikers in the Premier League after a sterling 2015. The Belgian has played a direct part in 23 goals in 33 games this calendar year, with only three players contributing more goals and assists in that time. Lukaku has continued his startling development as a striker, evolving from a £30million club-record signing last summer into a forward Everton could viably value at around £50million when clubs inevitably come flocking at the end of the season. And as Daniel will never tire of telling us, he’s only 22.

5. Toby Alderweireld
The only player on this list to have swapped clubs during the summer, Toby Alderweireld has emerged as one of the league’s finest centre-halves. Spurs signed the Belgian on a five-year deal for £11.4million after a successful debut season in English football with Southampton, and the 26-year-old has had a telling impact on the defence under Mauricio Pochettino. Spurs conceded 29 goals in 19 games from January until May earlier this year, with five sides boasting better defensive records. Since Alderweireld’s arrival, only Manchester United and Arsenal can lay claim to a less porous backline, with the north Londoners conceding just 14 goals in 16 games. Having helped Southampton become the second meanest defence last campaign, the Belgian is one of just 20 outfield players to have played every minute of this season so far.

While Koscielny has been impervious at the heart of an Arsenal defence which has conceded fewer goals than any other in 2015 (26), circumstances have made Smalling’s performances more impressive. The 26-year-old has been paired with five different central defensive partners this year, with central midfielder Daley Blind (13) playing the support role most often, while Koscielny has had only Per Mertesacker and Gabriel join him in a settled Arsenal backline. Only one of Koscielny and Smalling have had to play nine of their 30 games this year flanked by Jonny Evans, Paddy McNair or Marcos Rojo.

Smalling missed just six minutes of Premier League action after being reinstated to the side following defeat to Swansea in February, and it was no coincidence that United’s loss to Bournemouth corresponded with his injury-enforced absence.

3. Harry Kane
The top goalscorer of the calendar year so far, and considering his closest rivals in Sergio Aguero and Jamie Vardy both have 19 to Kane’s 24, that looks unlikely to change with just three fixtures remaining in December. The bulk of the 22-year-old’s remarkable breakthrough campaign fell in 2015, earning him a first call-up to the England squad, and a guaranteed first-team place at Spurs. He is now their most important player, for better or worse.

August remains the only possible month in which Kane has not scored this year; it feels like the only month in which he has not played, such has been the striker’s ludicrous schedule. Despite his obvious and understandable struggles for form this season, only five players have outscored him.

2. Francis Coquelin
Only two clubs have more players currently out injured than Arsenal. That their most important sidelined player is not the £30million purchase from Barcelona, but a youth product who was on loan at Charlton this time last year, speaks volumes. But as much as Alexis Sanchez is a missed commodity for Arsenal, it is Francis Coquelin’s absence which is most sorely felt.

The 24-year-old’s 2015 may have ended in disappointment after injury against West Brom curtailed much of his season, but Coquelin has enjoyed a breakthrough year at the Emirates Stadium. Of Arsenal’s 32 Premier League games up to last month’s defeat at The Hawthorns, Coquelin had started 31; no player started more. Arsenal have won 20 of their 30 games in which Coquelin has featured since January, losing just five. In the five games without him – including the West Brom defeat he missed – the Gunners have won just twice. The Frenchman added grit, steel and determination to the Gunners’ midfield, and a short-term replacement must surely be sourced in January.

1. Mesut Ozil
2014 was the year of ‘nicking a living’, but 2015 has been the year of sharing the limelight for Mesut Ozil. The German has toiled in the background while Olivier Giroud, Theo Walcott and Alexis Sanchez earn the plaudits in attack, and while Petr Cech, Hector Bellerin and Laurent Koscielny have been praised in defence. Ozil is finally earning the credit he deserves. The one constant for Arsenal, a club who have just sealed their second straight ‘Calendar Year Trophy’, has been their much-maligned record signing.

The World Cup winner has already laid on more goals in the first half of this season (13) than the leading assist providers did in four of the last eight Premier League campaigns. The German has also made 17 assists since the turn of the year, with David Silva ranking second in that regard; the Spaniard is six behind his counterpart. Arsene Wenger hailed his prized possession as a “musician” last week, but a fairer description would be that of Arsenal’s orchestrator. Without him, the Gunners look a considerably different and less sexy beast.