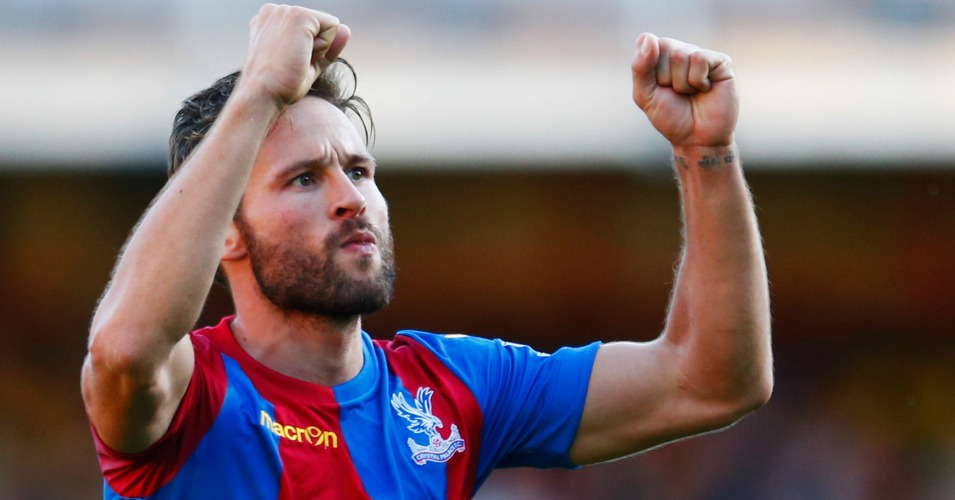 No player may be bigger than a club, but which players are, dare we say it, too good for their teams. Think big fish in smaller ponds…

10) Wahbi Khazri (Bordeaux)
Optimism is a joyous emotion, capable of lifting people away from the tedium and rigours of everyday life. A smile is more powerful than any weapon, as that poster you had on your wall in university halls once read.

Still, there are times when optimism transforms into naivety. Here is Bordeaux playmaker Khazri on a move to Aston Villa: “We must think about many things. The team that is in last place in the league over there is better than the side that is second or third in Ligue 1 at the moment. It is always nice to know that you are being watched, appreciated.” There’s looking on the bright side, and then there’s getting excited about joining Villa.

Khazri has also been linked with Everton, which is far more palatable. He has scored five times and assisted six goals in Ligue Un this season, playing predominantly as an attacking central midfielder but happy drifting left and right. Think Ross Barkley, but a French-born Tunisian and with a better goal record.

9) Yohan Cabaye (Crystal Palace)
Last month’s victory at Stoke might have convinced Crystal Palace supporters that they could cope without Yohan ‘the dreamboat’ Cabaye. The draw at Bournemouth and defeat to Chelsea (both without scoring) may have persuaded them otherwise.

Along with Dimitri Payet, Cabaye is the poster boy for the Premier League’s new money. Mid-table clubs can now attract high-profile players on high wages and for high transfer fees; money makes their worlds go round. Signed from the French champions, Cabaye will be part of France’s squad at Euro 2016. He plays for a club whose record signing before summer 2014 was Dwight Gayle.

Cabaye has been all Alan Pardew remembered so fondly from his time at Newcastle. He is the club’s everyman – passer, chance creator and, perhaps surprisingly, tackler. He’s also their top league goalscorer, just for good measure.

8) Hakim Ziyech (FC Twente)
Dutch football expert and all-round nice man Michiel Jongsma rubber-stamped this selection, and that’s good enough for us. Ajax and PSV may have players of greater quality, but it is Ziyech who promises to be the Eredivisie’s next star export.

Ziyech’s record at Twente deserves some serious praise. Of the 43 league goals the club scored in 2015, the Moroccan contributed, 34 via goals and assists. He is less big fish in a small pond and more whale in a puddle. Let’s hope he’s more Luis Suarez than Afonso Alves.

The good news for English clubs is that Ziyech is making no secret of his desire to leave. And we really mean no secret.

“We have a young team, of course,” Ziyech said at the weekend. “And I understand that some players struggle with their motivation and confidence. But sometimes I see them make mistakes and I think, did you learn from it? The football is becoming less. I often feel compelled to seek the same players. I feel that it must stop. It eats away at me. I want more. I have decided: I’m leaving.” So there.

7) Wesley Sneijder (Galatasaray)
After the world finally succumbs to nuclear holocaust (it was America’s fault for voting in Donald Trump), only one man survives the blast. He stayed underground in a homemade bunker, 15 metres below the earth.

As our protagonist steps out into the half light, all life looks lost. Dust clouds provide the only noticeable movement, burnt out and hollowed tree trunks the only indication for what had gone before. The landscape has turned to nought. Life has become death.

The man straps the provisions onto his back that he had kept underground, enough to keep him going for several weeks. This was no longer home. Even that word hinted at things that were no longer – domesticity, community and love.

After days of walking, the man finally spotted something moving on the floor a few yards from where he stood. It was unmistakeable, a small cockroach scuttling across the ground. Before it would have been almost hidden from view, easily overlooked, but in the comparative stillness it could have been an elephant tramping across his path.

Catching up with the cockroach, the man picked it up into his hand, and immediately noticed a piece of white on its back. It looked like paper, and the man couldn’t help but detach it from the cockroach. Starved on any interest in a barren world, the man frantically opened up the tiny ball of paper.

Written in tiny writing, almost illegible through its size, four words were written. Four words that made the man realise all could be okay, that there was still normality to be found on this scorched planet. He said the words quietly to himself, then louder and louder until he was screaming them at the top of his voice, laughing maniacally. “United in for Sneijder“.

Sneijder is still only 31. He’s at a club 11 points from the top of the Turkish Super Lig, knocked out of the Champions League and now likely to exit the Europa League at the last-32 stage. Surely someone will take a chance and make the transfer gossipers of this fine land do a collective dealgasm? They’ve been waiting so long

6) Franco Vazquez (Palermo)
A replacement for Javier Pastore at Palermo, Vazquez took his time to settle in Italy after moving from Argentinean club Belgrano. He was even loaned out to Rayo Vallecano in 2012/13, but finally started showing his clear talent from the start of last season.

Since then, Vazquez has hardly looked back, performing better in Serie A than he ever did in the second tier. After contributing ten league goals and ten more assists last season, Vazquez was called up to the Italian national team in March 2015 and has earned two caps. He qualifies for the Azzurri through his Italian-born mother.

Despite the departure of Paulo Dybala to Juventus, Vazquez has continued his fine form this season. With Palermo again struggling to fight relegation, would anyone take a chance on a pacey, skillful, left-footed Argentinean? They’re all the rage, apparently.

5) Carlos Tevez (Boca Juniors)
Some entrants on this list will be seeking moves for fame and fortune, but Tevez is as happy as he could be. Still just 31, his move from Juventus to Boca was forged out of love and loyalty.

Having achieved all he wanted in England and Italy, there was no place like home for one of Europe’s best strikers last season. ‘Each day I am less sorry about having returned to my country and to the club I love,’ he tweeted in July 2015. Four months later, he had won Boca their first Primera Division title since 2011.

2015 provided plenty of wonderful sporting moments. For me, nothing beats Tevez’s official homecoming at La Bombonera for raw emotion. Why would you want to play anywhere else?

4) Nolito (Celta Vigo)
In the modern age of spurious transfer rumoury, some English football supporters will only know of Nolito’s excellence through his continued links to Arsenal. It’s really not going to happen, sorry.

In fact, he deserves far more credit than that. Having failed to make the grade at Barcelona, the forward joined Benfica aged 24 in May 2011. He drifted in and out of the first team in Lisbon, loaned to Granada before eventually being signed by Celta Vigo in June 2013. And that’s where it clicked.

Since August 2013, Nolito has scored 34 La Liga goals, contributed a further 20 assists and created more chances than any other player in La Liga last season. Almost five years after leaving the Camp Nou, a return to Barcelona is being mooted.

3) Romelu Lukaku (Everton)
Well you didn’t really think he was getting left out, did you? Since joining Everton for £28m last summer, Lukaku has scored 23 Premier League goals, assisted seven others and failed to return 1,657 of my phone calls. He’s also increased his value to at least the £40m mark.

While Lukaku (and his agent) obviously have designs on the bigger time, one wonders whether they regret the move to Everton. Watching Kevin de Bruyne’s rise since leaving Chelsea must make the striker a little jealous. Lukaku still has two years on De Bruyne, but will be eager to see his career rising in similar fashion.

For all my purported love of Lukaku, there are still valid questions over his ability to lead the line for a top club. Continue as he is and – combined with Everton’s underachievement under Roberto Martinez – we’ll surely soon find out.

2) Yacine Brahimi (Porto)
Ruben Neves might be the girl all the bad guys want, but the next cab off Porto’s rank should really be Brahimi. He might just win the title of European football’s most underrated player.

Branislav Ivanovic has done many bad things this season, but being torn a new one by Brahimi is an understandable crime – plenty of fine full-backs have suffered the same fate. The winger’s dribbling is perhaps unsurpassed anywhere in Europe OOB (outside of Barcelona).

Chelsea, Arsenal, Manchester United, Real Madrid and Paris St Germain have all been linked with a bid, while Pep Guardiola’s certainly impressed. “Left, right or just behind the striker Brahimi’s a top player, he’s fantastic,” he said in April 2015. A summer move to Manchester City, perhaps?

1) Alex Teixeira (Shakhtar Donetsk)
‘Chelsea consider Isco move as they close in on £30m Alex Teixeira signing,’ read the headline on the Evening Standard website on Monday morning, and I could have stopped there. The Standard are as guilty as most of jumping two-footed into the undignified mess of transfer gossip, but Alex has been on Chelsea’s radar for a while.

The Brazilian will be hoping to follow the lead of Douglas Costa, who has settled at Bayern Munich with incredible ease. Luiz Adriano, Fernandinho, Henrikh Mkhitaryan, Willian and Dmytro Chygrynskiy have created a well-trodden path.

There is no doubt that Alex has earned his move. The Ukrainian league may not be the strongest, but his record of 22 goals in 15 league games this season is startling. Since October 2014, that record is 38 in 31 games, while it’s worth pointing out that Alex has scored seven in the Champions League since the beginning of last season – two against Real Madrid in November. Now 25, the boy is ready to become a star.