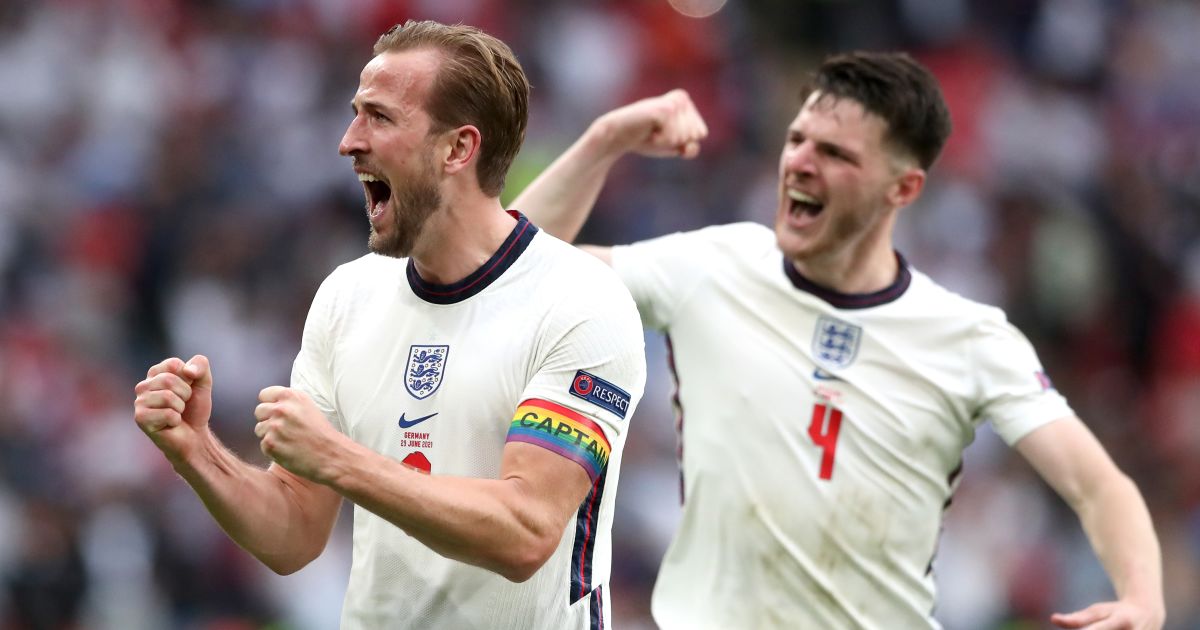 Yes, we’re wheeling out the old favourite ‘Harry Kane List’ yet again because we find ourselves facing the dizzyingly real prospect of it being the last chance we get. And to reiterate: when we say f*** all here we do mean f*** all. No Second Division titles, no Turkish Cups, no play-offs, and, significantly with regards to the current England squad, no age-group World Cups or Toulons and such…

10) James Beattie
He scored the same number of Premier League goals as Ole Gunnar Solskjaer (91) but his trophy cabinet is rather more empty than the Norwegian’s, with nine spells at eight different clubs reaping no tangible reward in the shape of medals. He even managed to play for Rangers when they were sh*t.

The closest he came was in 2003 when he reached the FA Cup final with Southampton and almost forced the game into extra-time but saw his header (of course) cleared off the line by Ashley Cole. Close but no cigar.

9) Trevor Sinclair
The recipient of 150 hours of unpaid work, a driving disqualification and a £500 fine for calling a police officer a “white c***” in 2018, Trevor Sinclair never actually won a club trophy – despite being able to claim more Premier League assists than Mikel Arteta, Roberto Firmino and David Ginola.

As it stands, Sinclair is in a very elite group of England World Cup quarter-finalists who have never actually won a trophy; even sodding Danny Mills won a League Cup.

8) Kieron Dyer
The proud owner of 33 England caps and yet the genuinely talented Kieron Dyer never finished higher than third in the league nor played in an actual cup final, having joined Newcastle just after their back-to-back FA Cup final defeats to Arsenal and Manchester United. That under-achievement – and it is an under-achievement considering his natural ability – feels apt as Dyer’s story is one marked by persistent injury and foolishness.

7) Leighton Baines
Sliding doors and all that: Leighton Baines came close to joining Manchester United in 2013. Had he been sold, he might have had a medal collection to mirror Marouane Fellaini’s haul of FA Cup, League Cup and Europa League; instead he has three times come close to claiming a medal and has emerged with jack all. He was in the Wigan side that finished second in the Championship and then reached a League Cup final in which they were comprehensively beaten by Manchester United. He then joined Everton and reached the FA Cup final in 2009 only to lose to Carlo Ancelotti’s Chelsea.

“During my time and in recent seasons we have just been beneath, we have come close a few times with cup finals, semi-finals, trips to Wembley but falling at the final hurdle,” said Baines in the summer of 2017 as he allowed himself to dream after a window of significant spending. It never happened and he retired potless.

6) Danny Rose
For good or bad, the careers of Kyle Walker and Danny Rose will forever be entwined and therefore inevitably compared. England international full-backs born in Yorkshire in 1990, both of whom realised their potential in the same precocious Tottenham side. But while one flew the coop, the other stayed and stayed before eventually joining Watford.

The words of Walker – “it’s like trying to describe the birth of your children, you can’t. And you can’t describe the feeling of winning trophies, either” – will hardly help. His former teammate has added a gazillion pieces of silverware at Manchester City. Rose’s Champions League runner-up medal will look lovely next to its 2015 League Cup counterpart.

And it really isn’t that long ago that Rose and Luke Shaw were pretty much equally likely to be in this Euros squad, you know.

5) Declan Rice
Apart from the obvious number one that we’re all building up to, the only other member of this England squad gunning for his very first piece of silverware is a man who has cunningly circumvented all club and age-group success by playing for West Ham and the Republic of Ireland.

Yet neither West Ham nor the full England team currently look quite as secure trophy-dodging options as they once did. Rice now finds himself only two games away from major international tournament glory and, more improbably still, a year away from Europa League success.

Both are obviously inevitable, but even if something should inexplicably go wrong then at some point you’d imagine that a midfielder who has over the last couple of weeks thoroughly confirmed the suspicion that he might be very, very good indeed will probably spoil it all by joining one of those clubs who always win stuff. But then, we’re still waiting for Kane to do that…

4) Dele Alli
This is not the kind of list on which we should find a player previously touted as a £100m-plus target for Real Madrid and Barcelona. And yet here Dele Alli sits, driving and diving in search of a first trophy, having claimed promotion but no League One title with MK Dons. Like Rose, Alli has twice been voted in the Premier League’s best XI by his peers and yet Tottenham have come up short when it comes to actual silverware.

While he made a tentative return from club-based wilderness under Ryan Mason’s friendly caretakership and will be surely given at least a fair chance by Nuno Espirito Santo, it remains a long road back if Dele wants to get involved in any future England glory (and there can be little doubt surely that a glorious trophy-laden dynasty is in the making here).

“He’s a young player, but he’s not a proven player. At the moment, he hasn’t won anything,” were the chastening words of England manager Gareth Southgate in August 2017. Little has changed, apart perhaps from the ‘young player’ part. Dele does still have time on his side, but not as much as when we first compiled this list and with a far less certain future.

Which brings us, inevitably and eventually, to…

1) Harry Kane
“I don’t see why he wouldn’t stay there for the rest of his career,” says Le Tissier when asked about Harry Kane. But the rest of the footballing world has been shifting from foot to foot and wondering when this great, great goalscorer might want to win some trophies instead of individual trinkets. And it turns out the time appears to be now. Although there is an interesting subplot here about what winning the Euros would do for Kane’s thought process. Would it give him a taste of glory and cement in his mind the (entirely reasonable) idea that he must escape Spurs to sample more of it? Or would it scratch the itch and allow him to carry on merrily piling up individual gongs and plaudits and awards and maybe who knows maybe even a Carabao at Spurs?

Either way, he certainly has decided that an entirely empty trophy cabinet is not going to be a disappointment that can be assuaged by over 160 Premier League goals, five appearances in the PFA Team of the Year, three Premier League Golden Boots and a World Cup one.

“I’ve always said that team trophies are what I want to achieve,” Kane said in January 2018. “For me, it’s about winning trophies – that’s always the aim.” He has come second in Europe at club level (international to be confirmed), second in the the Premier League and the League Cup, as well as fourth in the actual world. And he quite understandably wants more.