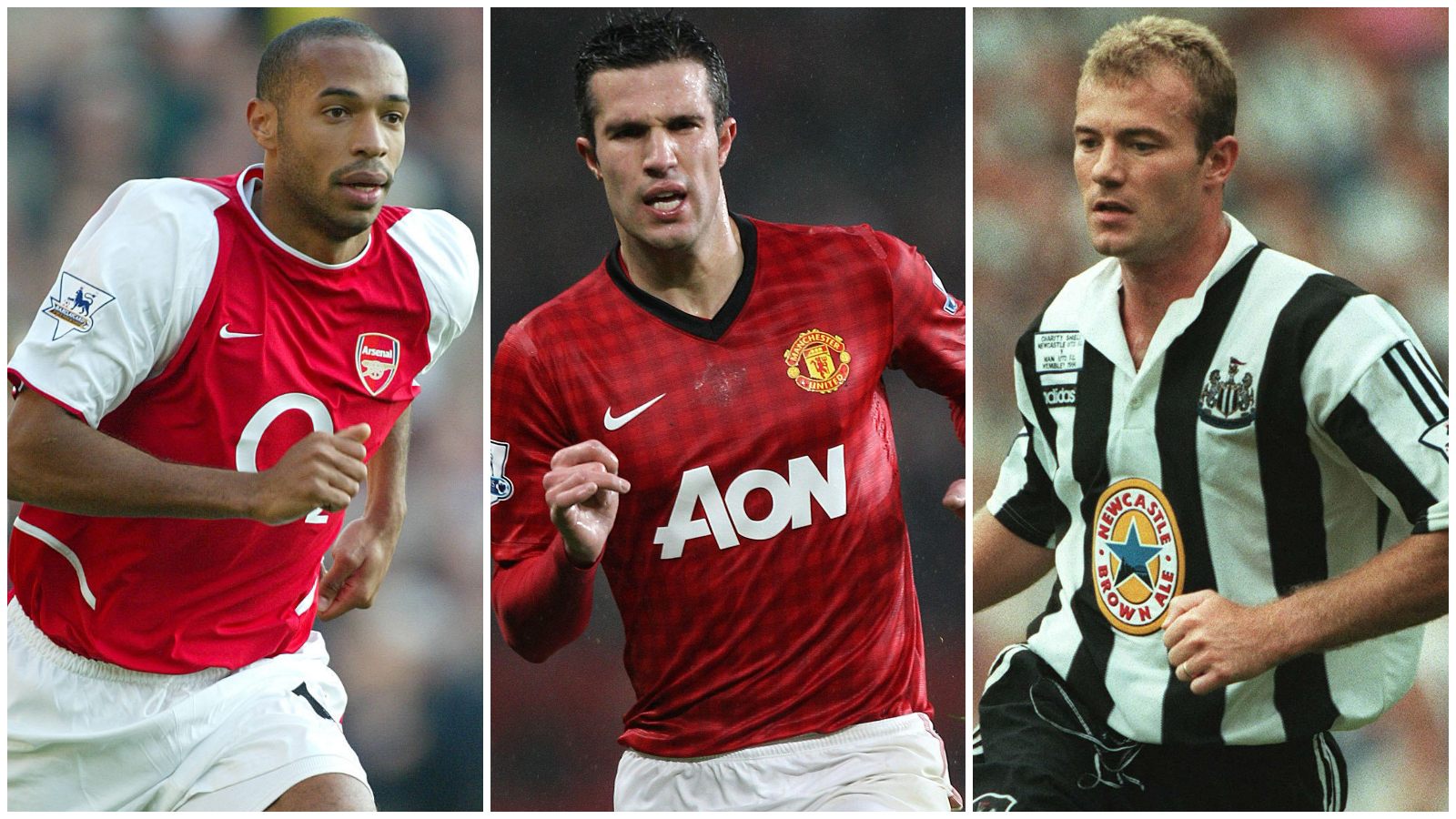 We expect Erling Haaland to join or even top this list within a season or two, but for now we are ranking Premier League goalscorers by the only statistic that matters – not total goals (that rewards longevity) but minutes per goal. Obviously we are only including prolific goalscorers.

10) Daniel Sturridge (147 minutes per goal)
Ah, what might have been. Even in his four peak years between 2013 and 2016 at Liverpool – where his goals came along at rates of every 109, 104, 187 and 123 minutes – still only produced 44 Premier League goals in total, such were his injury problems. And that’s still the bulk of the underwhelming total of 77 Premier League goals accrued across more than a decade in the top flight. At least he has the minutes per goal, if not the total goals, to give a fairer indicator of his quality. He was truly lethal alongside Luis Suarez in 2013/14.

9) Alan Shearer (147 minutes per goal)
He might have scored more Premier League goals than any other striker in Premier League history but too many single-figure seasons for Newcastle United keep him down this list. He actually *only* scored goals at the same rate as Chicharito and Sturridge, though he can take some comfort from being ahead of his old mate Michael Owen (154 minutes per goal).

8) Edin Dzeko (142 minutes per goal)
Manchester City have made some excellent transfer decisions but signing Wilfried Bony and forcing out Dzeko was absolutely not one of them. Little over a year later he was the Serie A top scorer as he showed exactly what he can produce when not reduced to being a very good team’s third-choice striker.

7) Robin van Persie (140 minutes per goal)
A great goalscorer and a scorer of great goals, which is not true for everybody on this list, Van Persie started slowly at Arsenal but then became a back-to-back Golden Boot winner, first with the Gunners and then with Manchester United, who he casually joined just to win a Premier League winner’s medal. In hindsight, absolutely fair play.

6) Luis Suarez (139 minutes per goal)
A wonderful player but a questionable human being, which makes it really quite funny that he scored 69 goals in 110 Premier League games for Liverpool in three years and left with nothing more than a League Cup medal won on penalties against Cardiff City.

5) Mo Salah (133 minutes per goal)
The only man on this list who does not largely play as an out-and-out striker, though nobody is expecting him to help out his full-back too much from his nominal position on the right. Three Golden Boots (two shared) in five full seasons at Liverpool is a phenomenal record that probably should have reaped more than one title, while his winning goal and virtuoso performance in the win over City made for a a pretty sharp response to the idea he is a fading force.

4) Ruud van Nistelrooy (128 minutes per goal)
Another striker who hit the ground running and went on to score a ludicrous 95 Premier League goals in 150 games before Sir Alex Ferguson chose Ronaldo and decided that the Dutchman was holding Manchester United back with all his goals. Just one title in five seasons would suggest he was right.

3) Harry Kane (127 minutes per goal)
Three Golden Boots and a genuinely ridiculous 192 goals in 289 Premier League games for Tottenham and yet he has never won a damned thing. Not a damned thing. F*** all. He could probably score 35 goals this season and still not win a fourth Golden Boot and that has to smart.

2) Thierry Henry (122 minutes per goal)
Simply a beautiful, beautiful footballer. Poetry in motion. Hit 20 Premier League goals in five of his eight full seasons and claimed the Golden Boot four times. Also contributed the most assists of anybody on this list as he was far, far more than a great goalscorer. And he gave Jamie Carragher PTSD.

1) Sergio Aguero (108 minutes per goal)
Six 20-goal Premier League seasons in ten campaigns with Manchester City in which Aguero scored every kind of goal. He also claimed five Premier League winner’s medals and more League Cups than any of us can count. He was the don. How could City replace him? With a robot, obviously.