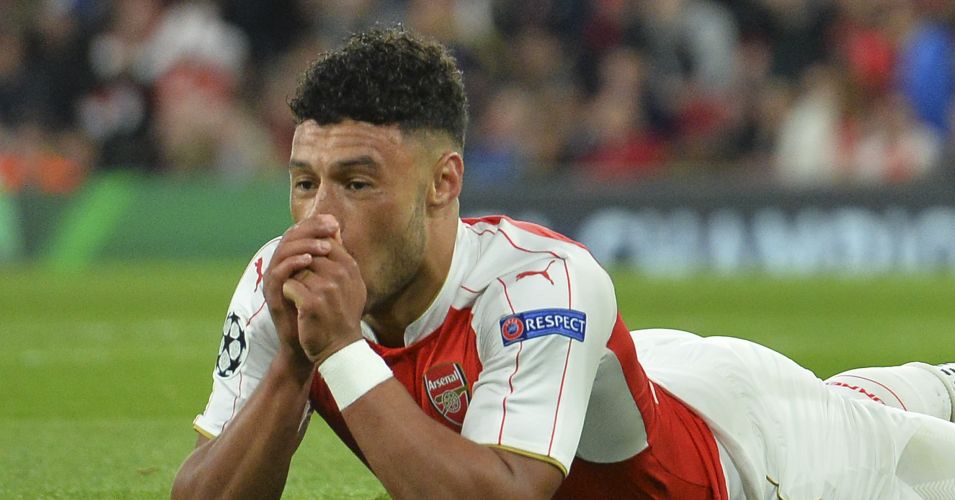 Last week we ran through our top ten surprise successes of the season so far, so now it’s time to flip-reverse it.

10) Jordy Clasie (Southampton)
Considered as the next big thing to come out of the Dutch Eredivisie, it’s impossible not to be disappointed by Clasie’s early months in England. The fit with Ronald Koeman and Southampton promised to be perfect, but we’re yet to see the evidence.

Clasie’s cause was not helped by a hamstring problem sustained in a Europa League qualifier against Vitesse Arnhem that forced him to miss the first two months of the season, but it has been an underwhelming introduction since. He was left on the bench for the entire 90 minutes against Manchester City at the weekend.

“He needs time to play and that is no problem,” Koeman said on Saturday evening. “He is not a physical player and you have to look after him more than normal. Everybody needs time to adapt to the new club and tougher competition.” We’re hoping to see the Clasie touch soon.

9) Gokhan Inler (Leicester)
It was impossible not to make the lazy comparison. Leicester had lost one ageing central midfielder recruited from Serie A, and gained another. Esteban Cambiasso leaves stage right, Inler enters stage left.

Unfortunately, Inler has failed to reach the heady heights set by his Argentinean predecessor – it was easy to forget he’d even signed. The Swiss midfielder has not played a league minute since September 19, remaining on the bench at Claudio Ranieri’s behest. His agent last week talked publicly of his client looking to leave the Premier League. The only surprise is that it took him so long; Inler is still only 31.

Few Leicester supporters will be shedding tears after their startling form this season, but Inler’s form is the thinnest of grey linings to whopping great cloud of silver.

8) Patrick Bamford (Crystal Palace)
Having impressed on loan in League One and the Championship, the peak of Bamford’s loan career came when he was named Championship Player of the Year last season. While progressing to the Chelsea first team seemed unlikely, a Premier League loan move was the perfect fit.

It could not have gone worse for Bamford. While Palace’s five strikers have still not scored a league goal between them this season, Bamford at least has the excuse that he has barely been given an opportunity by Alan Pardew. Seventy-four minutes is the sum total of his Premier League action. You wonder why Palace bothered in the first place.

7) Baba Rahman (Chelsea)
None of Chelsea’s summer signings have wowed their new public, but it is left-back Rahman who has disappointed the most after arriving for £17m from Augsburg. The expectation was that Cesar Azpilicueta would move across to right-back, with Rahman only having to be better than 2014/15 Filipe Luis and 2015/16 Branislav Ivanovic to impress. It shouldn’t have been difficult.

Not only has Rahman failed to hold down a regular place, he’s looked largely terrible when he has played. Luis managed nine league starts in his only campaign in England; Rahman’s still seven behind.

Still, the left-back did give this cracking answer to a question in an interview on Chelsea’s website. Tony Pulis would love him.

It was a generous self-assessment from United’s right-back. After some promising displays in August and September, the Italian has fallen out of favour under Louis van Gaal. Even injury to Antonio Valencia only caused temporary respite, Darmian dropped after a poor performance at Crystal Palace and only returning to the side for the 0-0 draw against PSV.

Darmian was suspended for the victory over West Brom after receiving five bookings in the league, and quickly needs to learn not to commit himself too readily in the challenge if he’s to be a success at Old Trafford.

5) Florian Thauvin (Newcastle)
Oh Florian, you’ve let us down so much. There was no doubt that the signing of Thauvin from Marseille was a gamble on Newcastle’s behalf, with a £12m supplemented by a season-long loan deal for Remy Cabella.

It has backfired spectacularly. Thavin’s drive was often questioned in Ligue Un, with few doubts surrounding his natural ability. St James’ Park is the perfect home for a French footballer whose commitment can be fairly questioned. He’s not started a league game since September 19, and has yet to play well for Newcastle.

The doubts about Thauvin’s suitability for the Premier League were raised by French journalist Julien Laurens when he signed: “He is about the same physique as Cabella, he’s quick and skilful but if adapting to a physical league was the problem for Cabella, Newcastle will have to make sure that it doesn’t become a problem for Thauvin too.” Ah.

4) Alex Oxlade-Chamberlain (Arsenal)
We want him to be good. We really, really do. Yet the last two years of Oxlade-Chamberlain’s Arsenal career have amounted to a slow-motion step in the wrong direction. It’s difficult to know what he even does anymore, other than frustrate supporters by losing the ball in key areas of the pitch.

Discussed as a central midfielder by a club manager who has rarely played him in that position, Oxlade-Chamberlain has become first reserve in a number of positions at Arsenal. Finally over his significant injury problems, it is form that is letting him down now.

Still just 22, Oxlade-Chamberlain still has time on his side. Maybe it’ll happen next year, but it feels like we’ve already said that on at least two occasions.

3) Saido Berahino (West Brom)
When Berahino missed out on his move to Tottenham in the summer, the message from West Brom was clear: Knuckle down, score goals and then see what happens when a club offers the money we want.

Things haven’t gone well since. The arrival of Salomon Rondon has pushed Berahino into the Hawthorns shadows, and he’s only started eight of the club’s 14 league games. None of those came in November.

It’s all a bit of a sorry situation. The ideal conclusion is that Spurs stump up the cash in January and take Berahino away from West Brom. Having a valuable asset on the bench isn’t a brilliant situation for club, country or player.

2) Nemanja Matic (Chelsea)
“I like him a lot because of his stability,” said Jose Mourinho when Matic re-signed for Chelsea. Eden Hazard may have scored the goals and Cesc Fabregas provided the assists, but it was the Serbian who was the lifeblood of Chelsea’s march to the title last season.

It therefore figures that it is the decline in Matic’s performance that is greatly responsible for Chelsea’s slump, although there were signs toward the back end of last season when support from Ramires or Kurt Zouma was required to provide previously unnecessary assistance.

This season, things have plummeted further. Despite a slight improvement in recent weeks, only four teams have faced more shots on target than Chelsea, and just five have conceded more goals. The sooner Matic returns to normality, the quicker Mourinho can take Chelsea forward.

1) Wayne Rooney (Manchester United)
Yes really, it is a surprise. For while Rooney’s slump into footballing old age has been on the cards for some time, nobody thought it would get this bad, this quickly.

“We still have Rooney, he can play in the striker’s position, and all the media had written he can play there so I listened,” said Van Gaal in July, handily passing the buck. If United’s manager was still listening, Rooney wouldn’t be starting league games.