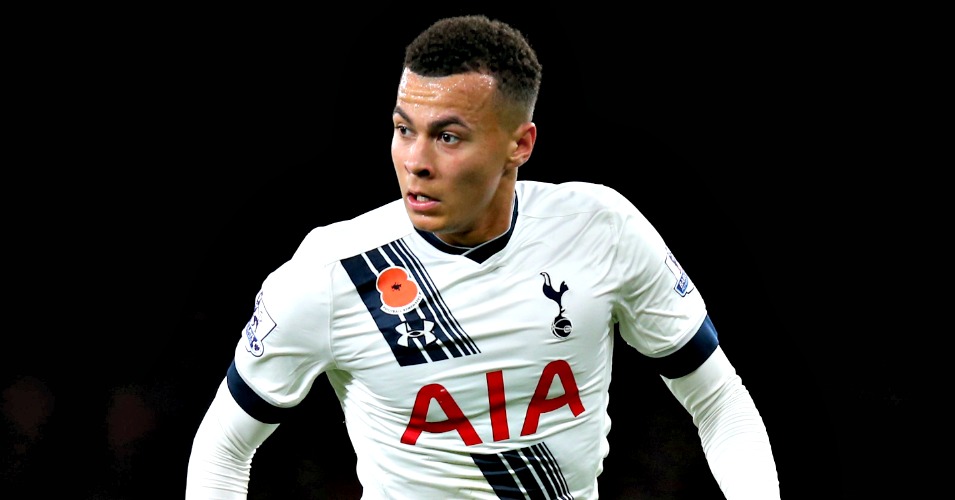 10) Brendan Galloway (Everton)
On Merseyside, there are two young, English central defenders who have performed excellently at left-back for their clubs. While Liverpool’s Joe Gomez sadly succumbed to a cruciate ligament injury, Brendan Galloway goes from strength to strength.

The absence of Leighton Baines could have given Roberto Martinez a significant headache, but Galloway’s form has covered for Baines’ loss superbly. It’s hard to believe that he had only started four senior games, all in the third tier, before May.

“He has become a Premier League footballer, not a young player looking for a break,” says Roberto Martinez. “Brendan is an incredible character. You get players who sometimes have self-doubt and they have difficulties in becoming lead footballers. It is the opposite with Brendan. He has an elite brain and nothing fazes him.” High praise indeed.

9) Manuel Lanzini (West Ham)
In the information age, no footballer flies completely under the radar. Yet there was still a communal shrugging of shoulders from most West Ham supporters when the loan signing of Manuel Lanzini was announced. The United Arab Emirates has earned its ‘retirement league’ tag, and Hammers fans were forgiven for expecting another Luis Jiminez, Nene or Pablo Barrera, someone completely unsuited to the Premier League.

Not a bit of it. Lanzini has played with the hunger of a player seeking a big-money move to England. While West Ham chairman David Gold claims the club has an “unbreakable option” on the 22-year-old, Lanzini himself might have bigger ideas.

“It’s an absolute honour that a team like Liverpool has put an eye on me, but at moment I am focused on the match against Tottenham,” said Lanzini on Saturday. West Ham have a battle on their hands.

8) Nacho Monreal (Arsenal)
Monreal’s fine form started well before the start of this season, playing more league minutes last season than any Arsenal player bar Per Mertesacker, Santi Cazorla and Alexis Sanchez. Yet there were still suspicions that Kieran Gibbs would eventually win back his place.

Nope. Monreal is the only Arsenal outfield player to feature in every minute of their league season so far, again rock solid two years after it looked as if he would be shuffled out a side door at the Emirates. The only slight negative is that he turns 30 in February. In our heads he’s about three years younger than that.

7) Bacary Sagna (Manchester City)
There were some worried glances offered when Pablo Zabaleta was ruled out of the first few weeks of Manchester City’s season. Zabaleta had started 79 league matches since he beginning of 2013; City really didn’t have the back-up.

Step forward Sagna, who had quickly become the forgotten man in Manchester after his move from Arsenal. The Frenchman only played 740 league minutes during his first season. He’s already managed 1040 since August.

More importantly, Sagna disproved those who assumed he would let City down in Zabaleta’s absence, playing a part in the club’s five consecutive clean sheets at the start of the season.

6) Odion Ighalo (Watford)
Championship supporters will be less shocked than most about Ighalo’s ease in settling into Premier League life. The Nigerian scored 16 times between January and April to ensure Watford’s promotion. He has carried on where he left off.

“I’m a little bit surprised about it,” Ighalo said a fortnight ago. “There are great players in this country doing well, but for me coming from nowhere and being the leading scorer is a great thing.”

There is a slight sour taste left in the mouth by Ighalo’s success at Watford however, given his links to the strategy of the club’s owners. The striker moved from Udinese (Pozzo-owned) to Granada (Pozzo-owned) on loan for a season in 2009, before spending three years at the Spanish club while still being owned by Udinese. He then moved on loan from Udinese to Watford (Pozzo-owned), a deal which became permanent after he was suddenly released as a free agent by Udinese and signed by Watford on the same day, thus avoiding any transfer fee. Murky. But still, he’s great.

5) Mousa Dembele (Tottenham)
Pochettino’s greatest magic trick yet. If this list had come another month down the line with Dembele still in the same form, he would be top of the tree.

Dembele recently spoke candidly about his fall in status at White Hart Lane. “Last year I played less so it is normal there are a lot of rumours. Of course I want to be more important for the team and I want to play more. I am not someone who, if I am not playing like last year, that I want to go quickly. They understand this.”

Spurs might have understood that, but they didn’t seem too bothered either. The midfielder started ten league games last season, and six of those were to cover for injury in January and February.

That makes Dembele’s reincarnation as a hardworking yet exciting attacking central midfielder all the more impressive. Is there anyone (other than Harry Redknapp) who isn’t enjoying the Pochettino party?

4) Riyad Mahrez (Leicester)
He isn’t Leicester’s biggest surprise story of the season, but there’s no doubting Mahrez’s improvement under Claudio Ranieri. The Algerian managed seven goals and assists combined in the league last season. His next contribution will double that tally for this campaign. Cue links to Barcelona and Manchester United.

“He is unbelievable. Just like the Roadrunner… beep, beep and then whoosh! He’s gone,” said Ranieri last month “At the moment everything he touches is gold. He is a diamond but he still has rough edges, which need polishing.”

If Ranieri’s cartoon talk is a little alternative, the gold and diamond references are much more understandable. Jamie Vardy’s scoring run has been facilitated by the service provided by Leicester’s attacking midfielders, and no Leicester player has created more chances than Mahrez. Only three Premier League players have scored more goals, and only one has more assists.

3) Jesse Lingard (Manchester United)
If necessity is the mother of invention, Lingard must be pleased that injuries caused Louis van Gaal to turn to him against Everton in October. Since then the winger has made his second and third Premier League starts, scored his first top-flight goal and been called up to the senior England squad.

There is joy to be found in Lingard’s rise, coming after an extended lay-off through his own serious injury. Turning 23 next month, it has been a comparatively slow start to his professional career. He will be hoping to make up for lost time.

“I’m definitely growing in confidence,” Lingard says. “The manager has put faith in me to start some really important games so my confidence is obviously sky high.”

And why wouldn’t it be. At the end of last season Lingard had Angel di Maria, Juan Mata, Adnan Januzaj, Ashley Young and Antonio Valencia as competition for a starting role. Now he’s a fixture in Van Gaal’s plans.

2) Dele Alli (Tottenham)
The Premier League’s new kid on the block, and the biggest riser in our England Ladder last week, it’s hard to believe quite how easily Alli has embraced each step up in difficulty. He hasn’t just settled in, he’s cooked himself a Michelin star meal, poured a glass of champagne and put his feet up on the couch.

It’s also easy to forget just how young Alli still is. Of all the players to start three or more Premier League games this season only Joe Gomez is younger, and he is also England’s fifth youngest goalscorer of the last 50 years. If getting excited about him is a crime, throw us in a cell.

1) Jamie Vardy (Leicester)
When Vardy scored in three Leicester victories towards the back end of last season, he was roundly congratulated for his role in their survival from Premier League relegation. He was not a prolific forward, scoring five times in 36 games last season, but his hard work and running was the catalyst for late-season improvement. Job well done.

To imagine then that he would a) be the Premier League’s top scorer, b) have scored in ten successive games to equal the Premier League record and c) have fired Leicester to the top of the table in late-November was to enjoy a very strange (but weirdly specific) acid trip.

As Monday’s Winners and Losers said, the fragility and unsustainability of this scoring run only makes it more special. Even after scoring on the opening day of the season, Vardy was 300/1 to be the league’s top scorer, longer odds than Ashley Young, Gary Hooper and Marouane Fellaini, among many others. He’s now 11/4.