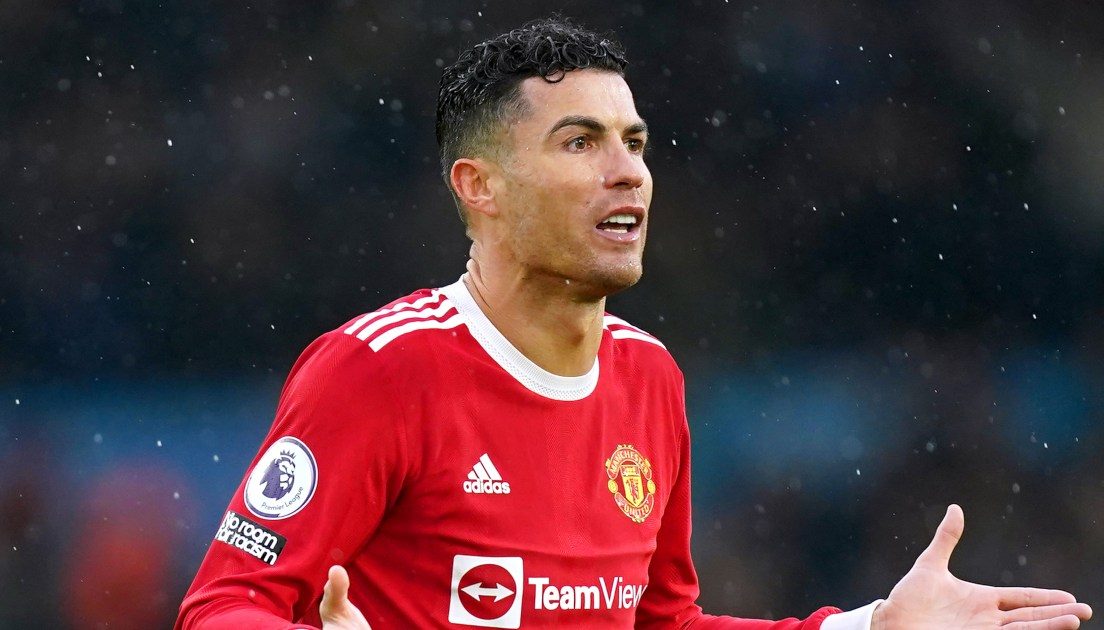 Some of these are a bit harsh and we mainly wanted to have a pop at Manchester United about Ronaldo. No doubt in a few weeks the circle of crisis will have moved on and the top 10 would look different again. But for now it’s this.

10) Leon Bailey and his minimalist Aston Villa career
This one’s probably slightly on us having got quite excited about Bailey and convincing ourselves he was going to be one of the players we would be talking about most this season, a player who would go some way to replacing what had been lost at Villa Park by Jack Grealish’s departure. Injuries certainly haven’t helped but there has just been so little substance. Just 12 appearances, combining for under 500 minutes and a solitary goal. He could yet come good and we set out expectations high, but we have been significantly underwhelmed. Sorry.

9) West Ham’s blank January
Tricky one, this, because West Ham find themselves now in the unfamiliar position of having a very good first team that is hard to improve while being a club below the very top-tier elite players will join anyway. David Moyes and the gang took the approach that if they couldn’t improve the first team then why bother? Understandable and sometimes even correct, but at the same time this felt like the sort of chance that might not come around again for an awfully long time. There was a genuine crack to be had at the top four and while a second successive top-six finish is fine, fine work – and they will surely finish no lower than an entirely acceptable seventh – could they have just dared to dream? Might still win the Europa League and make fools of us all, of course, but there’s nagging feelings of an opportunity missed. Especially at a club with a couple of high-profile recent January successes in Tomas Soucek and Jesse Lingard.

8) The futility of Saul Niguez’s Chelsea loan
A summer deadline day bit of fun that might have seemed like a good idea at the time but has just felt a bit pointless ever since. Does a nice finish in the FA Cup at Luton make up for the general mehness of it all? No.

7) Everton believing they could save Dele Alli
It was the clever-clever free transfer that many thought one of the cannier bits of deadline day business as Frank Lampard sauntered into Goodison Park and snagged himself a couple of midfield reinforcements. While loan signing Donny van de Beek has looked… okay, freebie Dele Alli is already looking overpriced. It is gutting to think of what he once was and what we all thought he might become but it’s hard to see how he ever gets back to those levels now. The only good thing about him signing on a rule-evading free rather than loan was that he was able to play against his former club Spurs and get a proper chance to say goodbye to the fans that loved him. Coming on at 5-0 down meant he got an even better reception from the Spurs fans than he otherwise would, but it all just feels a little bit sad. Harry Kane slide-tackling him was quite funny, though.

6) Leeds spending January twiddling their thumbs
A low-key summer window was understandable for a team that had just enjoyed a cracking first season back in the big time and needed only a bit of potential fine-tuning. In hindsight it was an error, but it needs hindsight to really see it. That isn’t true of the January window, by which time Leeds’ small squad had been struck down by a whole string of misfortunes and reinforcements were desperately needed. Nobody’s saying it’s easy to do business in that daft month and doing nothing is nearly always better than doing the wrong thing. Leeds know all too well that spending money unwisely can have far-reaching consequences. But we weren’t asking them to go Full Ridsdale. Just a bit of depth here and an upgrade there. Nothing was forthcoming and when Leeds did finally react it was to sack their beloved manager and hope that Burnley and/or Everton are even worse. Which, to be fair, they probably will be.

5) Jannik Vestergaard’s move to Leicester
In November, Vestergaard described his time at Leicester after a fine spell at Southampton as both “an upheaval” and “a bit uneven” which is, we’re assuming, a lovely bit of Danish-English translation at work. Perfect description, though, and one which we intend to borrow for all the times we’re making a mess of something. This feature is a bit uneven. The cleaning of that toilet is a bit uneven. The quality of tonight’s dinner is a bit uneven. We’re also just broadly in favour of players describing their football in a way that sounds so very much like Paul Hollywood judging a technical on the Bake-Off. Since those quotes back in November he’s also forced his way back into the starting XI for precisely two Premier League games which were *checks notes* a 6-3 defeat to Manchester City and the 3-2 catastrof*ck against Spurs. Also came on in the 90th minute against West Ham, just in time for the Hammers’ equaliser. I guess, in a way, things are at least evening out. Just not perhaps in the way Vestergaard or Leicester might have hoped.

4) Everything Spurs did last summer (apart from signing Cristian Romero)
Does the manager nonsense fall within the remit of transfer activity? Even if it doesn’t, that was still a pretty hefty disaster. Cristian Romero is clearly excellent, if slightly prone to doing a madness at any moment, but the rest of Spurs’ summer recruits look… sh*t, frankly. Emerson Royal has already been replaced by Matt Doherty, who he was signed to replace. Pierluigi Gollini’s arrival has meant Hugo Lloris must play all the games now and skinny Ringo Starr lookalike Bryan Gil has already left on loan after conceding what should have been obvious to anyone scouting him: he wasn’t physically up to the Premier League. It’s a long time since Spurs had a decent summer transfer window – see the names of the others to leave on loan this year for further evidence – but this was a proper stinker.

3) Romelu Lukaku’s glorious return to Chelsea
Right now Chelsea might look back on the days when Romelu Lukaku’s interviews for Italian TV were the biggest headache they faced with something approaching fondness, but still. They spent close to a nine-figure fee for what was supposed to be the surest of sure things and so far Lukaku’s Premier League goals since his return to Stamford Bridge are working out at almost £20m apiece.

2) Tottenham agreeing a cracking Luis Diaz deal… for Liverpool
You have to have a bit of sympathy for Spurs here. What are they supposed to do, not negotiate a brilliant deal for a brilliant player? But it does all feel just desperately naïve and hubristic, of Daniel Levy thinking himself a genius and then realising he’s been played for a fool. Of course Luis Diaz preferred Liverpool – who wouldn’t? – but Spurs should have picked up on the existing conversations Liverpool were already having. If any Premier League club should be hot on the importance of gentleman’s agreements, it’s Tottenham. Gets a very high place in this list despite being a relatively minor f***-up on its own terms – an excellent player made a sane choice to join a different club, it happens – because normally Spurs’ transfer snafus only stitch up themselves and give everyone else a laugh; this time they’ve managed to make life harder for 18 other Premier League clubs as well. Plus the inevitable banter of Diaz having already won the same number of trophies with Liverpool as Spurs have this century.

1) Manchester United re-signing Cristiano Ronaldo
Oh we can all understand why they did it. Irresistible, wasn’t it? The chance to bring back one of the very greatest players in the world to the place where his rise to legend status really began. If you can’t see why United got sucked into it, you haven’t got blood in your veins. But there’s also a reason why giddy fools like us lot aren’t in charge of multi-million-pound decisions on the regular, and if nothing else United should at least have been slightly wary of doing anything just to stop Manchester City doing it given that last time it happened they found themselves lumbered with an Alexis Sanchez they couldn’t find use for.

Ronaldo hasn’t been terrible and is far from the only problem at United but he has been an often unwelcome distraction and noise. And, fundamentally, he just hasn’t made United any better. Few of us expected United to win the title this year (some did), but we thought they’d at least have a decent stab at it before falling away. A Chelsea-type effort, say. That would have been okay. As it is there has been no stab whatsoever and they now find themselves embroiled in an unseemly scrap for fourth that currently sees them on course to finish sixth. They are behind Arsenal despite playing three games more and only two points ahead of Spurs despite playing two games more. They finished second last year and, while City and Liverpool have both undoubtedly improved, United have gone dramatically backwards. Imagine if they end up in the Europa Conference.