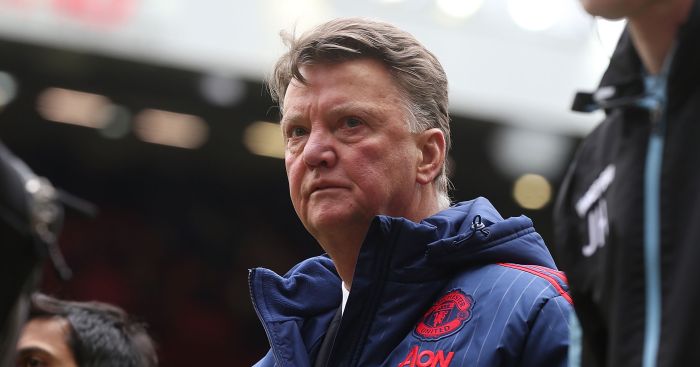 There are some managers who are seen as father figures to the players. Others can’t stand the idea of a hug and prefer austerity measures. Here’s 11 that were/are more touchy than feely…

* Rafa Benitez
Steven Gerrard’s relationship with the Spaniard at Anfield could be safely described as distant with a very small d. After describing Gerard Houllier as like “a father”, Liverpool’s captain found the Spaniard a lot less accommodating. In fact, one of the first things Benitez did as Reds manager was to meet Gerrard’s mother to ask if her son liked money.

The ex-Liverpool captain once observed that his aim in life was “to get a ‘well done’ off Rafa”, and cited in his autobiography that the former Real Madrid boss used to call him “Gerrard” in all his press conferences. Still, Stevie G did see the positive side: “An emotionless and distant relationship with the likes of Rafa Benitez (and Fabio Capello) can sometimes produce more success.”

* Ronald Koeman
When Ronald Koeman quit Southampton in the coldest of fashions in 2016 for a new adventure at Everton, perhaps he didn’t quite appreciate that such detachment would not carry well into his work at Goodison Park. While the players preferred the Dutchman’s straight talking to Roberto Martinez, his management was one of delegation. Koeman was rather distant with the inner core, using his brother and assistant manager Erwin to communicate with staff.

Worst of all, Koeman didn’t seem to grasp the identity of the club. Clearly, the current Netherlands boss was not thinking about the blue half of Merseyside when he put red decorations on his Xmas tree and then swiftly took them down after some, ahem, feedback.

Ronald Koeman on Christmas Tree 🎄 gate: “It was a big mistake of my wife! I am a Blue but I still like a glass of red wine.”

* Paul Sturrock
Paul Sturrock was brought up on a diet of no-nonsense management in his playing days through the gruff but great Jim McLean at Dundee United and Sir Alex Ferguson in the national shirt. Unfortunately, this didn’t translate well at Southampton in 2004.

According to one report, Sturrock sometimes arrived late for training and sat in the dug-out eating fried egg sandwiches as the coaches trained the players.

He lasted five months and 13 matches before ruthless Rupert Lowe ejected the Scot. Sturrock admitted he hadn’t been used to prima donnas at Plymouth: “One of the things I learned at Southampton, and I learned it very quickly, was Premiership players expect more individual attention. You have to have more one-on-ones with them.”

Or at least put down your butty.

* Roy Keane
In one perfect tirade at Ipswich, Roy Keane summed up what his managerial stance was: “I said (to striker Pablo Counago), ‘You should have fuckin’ passed it.’ And he went, ‘Well, how are we going to win anything with you as the manager?’ I nearly physically attacked him – but I didn’t.”

Keane’s empathy is hard won to the point where praise and happiness seem like weaknesses. Before the Manchester United and Liverpool game at Old Trafford in October 2019, he couldn’t bear the conviviality in the tunnel: “I’m disgusted with players. You’re going to war. Hugging and kissing – don’t even look at the opposition.”

When Jon Walters and Harry Arter both sat out a Republic of Ireland training session squad for medical reasons in 2018, assistant manager Keane almost did an Alf-Inge Haaland on them…in a vocal sense. Arter, very calmly retorted: “You’re not the manager.” Brave lad.

He is no nicer as a pundit, to be fair.

* Herbert Chapman
Chapman led Arsenal to two First Division titles in the 1930s and was known for his no-nonsense authoritarian style. He once fired the chief trainer George Hardy in the middle of a cup tie for interfering with a carefully planned tactical approach. Such a thing would need a constructive dismissal tribunal these days…

When influential midfielder Alex James began to push for more pay ‘inducements’ in 1931, Chapman told him he was going on a cruise. James got to the docks only to find a banana and cargo boat waiting to take him to Bordeaux.

Chapman once famously said: “One of the first enquiries I make when contemplating the engagement of a man is: “What sort of a life does he lead?” I will never tolerate slackness.”

Jack Grealish would have no chance.

* Sir Alex Ferguson
Sir Alex ruled by fear, employing every tactic humanly possible so long as it worked in the best interest of his teams. From Fergie time to picking on players to deliberately keep them keen, there was no room for insurrection.

The mantra was that ‘no one is bigger than the group’, and anybody who broke that chord would soon be on their bike or knocked off it. Look at Jaap Stam, Ruud van Nistelrooy and Roy Keane to name but three. The only one spared was a fellow Scot, according to Rio Ferdinand. “Darren Fletcher was Sir Alex Ferguson’s pet,” Ferdinand said on BT Sport. “Fletch never got a bollocking ever.”

The great dictator was once seen holding a copy of Stalin: The Court of the Red Tsar on a European trip in 2008. The iron fist was never far away. Thank goodness Becks got away with a flying boot to the face.

* Paolo Di Canio
On appointing the fiery Italian in March 2013, Sunderland had decided a shift in management styles from the touchy-feely (Martin O’Neill) to the all-out junta approach.

Di Canio prohibited any familiarity between staff and players, creating a hierarchy of fear. The canteen became an exclusion zone for anything approaching indulgence. There was no coffee or mobile phones, no Coca-Cola or ketchup. Mayonnaise was also off the menu. Di Canio defended his Mafia MasterChef approach: “If you have a car, a Ferrari, do you put sugar or salt in your engine? No you put petrol in – the right petrol,” said the Hammers icon.

Things came to a head at the training ground when Lee Cattermole, the midfielder he stripped of the captaincy, apparently told him the squad had lost faith in his controversial methods. By September, Di Canio was out and owner Ellis Short admitted his appointment was a “mistake”.

* Felix Magath
‘Hellfighter’ Felix Magath may have burned bridges on the Fulham Road but that iron fist route to relegation in south west London in 2014 was nothing compared to his fearsome reputation in Germany. Magath scythed through eight clubs in the Bundesliga, leaving a trail of ill-feeling due to a sadistic liking for military-style drills and emptying water bottles after early morning runs up steep hillsides.

Former Eintracht striker Bachirou Salou described Magath as der letzte Diktator in Europa – ‘the last dictator in Europe’. Others just called him ‘Saddam’. Ex-Liverpool defender Stephane Henchoz, a former player at Hamburg, was a bit more sympathetic: “As far as I know, Felix Magath never killed anybody on one of his runs.”

* Brian Clough
For all his brilliance, Clough was essentially a dictator. “Have you ever been punched in the stomach, young man?” he once asked striker Nigel Jemson in the Nottingham Forest dressing room. When Jemson replied in the negative, Clough did the necessary and said: “Well, now you have.”

When he joined Leeds for a fateful 44 days in 1974, most recently fictionalised in The Damned United, he gathered Championship-winning egos together and told the stunned squad they should throw all medals in the rubbish bin, because they had cheated. “If we didn’t want to stay on the training field, we had to let Clough win,” said Peter Lorimer. Clough also told winger Eddie Gray that if he was a horse he would have been shot.

* Louis van Gaal
Michael Carrick and Wayne Rooney were brave enough to tell the Dutchman that the dressing room was “flat” after his strict training methods caused unrest at Old Trafford. Van Gaal’s thirst for discipline ensured his young Ajax team of the 90s always had their shirts tucked into their short shorts but other starry names could not be moulded…

His pedantic nature through the ages was a sure-fire way to fall out with stars such as Luca Toni at Bayern. Toni had a bit of a ‘playboy’ reputation and was used to slouching during dinner. On one occasion, Van Gaal went behind his chair and pulled his ears to make him sit up straight.

Former Munich President Uli Hoeness once said: “It is difficult to talk to him, because he doesn’t accept other people’s opinions.”

van Persie: “I had this conversation with Louis van Gaal and he said to me:” Ok Robin, our paths separate. I’m the coach, you’re the player, you have to go. “I was like,” Yeah, but I still have a contract? “He said,” I don’t care.” pic.twitter.com/xAm2mAjoid

* Hesterine De Reus
The Australian women’s football team revolted against de Reus, its first female coach, on the eve of their two-game friendly series against Brazil in April 2014. Such was the level of discontent, the players asked the Professional Association of Australia to intervene.

Things came to a head during a tournament in Cyprus when the Dutch authoritarian imposed a hotel lockdown while it was claimed that younger players were not allowed to see their parents. The Matildas’ highest-profile player – dual international Ellyse Perry – was also ejected from the national team for dividing her time between soccer and cricket. Part-timer….

De Reus – a scarier female version of Van Gaal – only saw the sunny side of her strict regime, until she was dismissed just 15 months into the role: “It was a good atmosphere … players were laughing a lot.” Really?