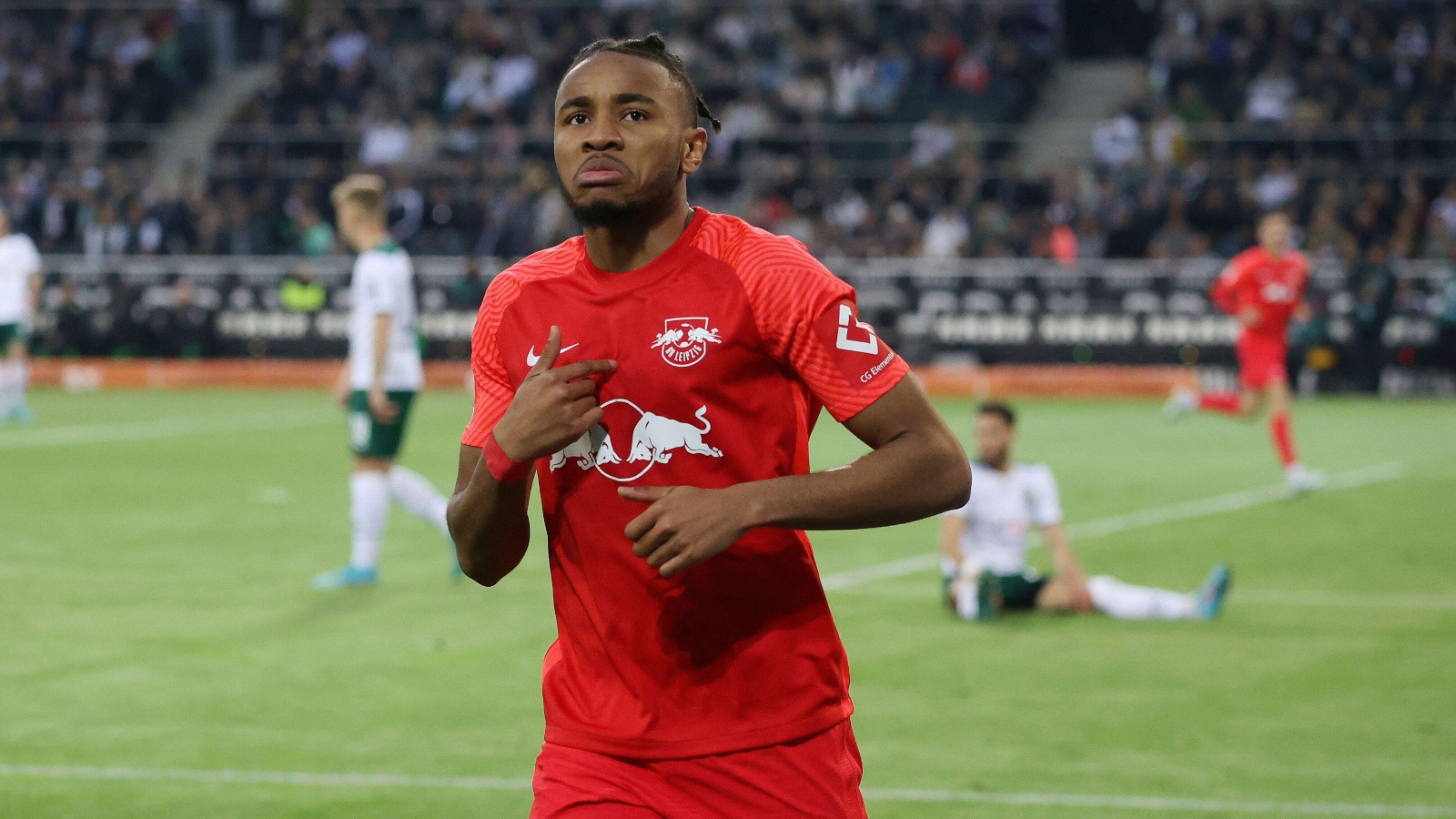 Nkunku had a tremendous 2021/22 campaign, scoring 35 and assisting 19 in 50 matches across all competitions.

He helped his side reach the semi-finals of the Europa League and win the DfB Pokal after a penalty shootout victory over SC Freiburg.

Unsurprisingly, there has been plenty of interest in the French attacker off the back of such a successful campaign.

Premier League clubs Manchester United and Chelsea have both been heavily linked with a move, however, he has now signed a new Leipzig contract, meaning he will likely spend the entirety of next season with the German outfit.

His original deal was set to expire in 2024, with his new contract lasting until 2026.

There’s a release clause included in the new deal for €60m. pic.twitter.com/mjZMyrs85s

Nkunku told the club’s official website: “I’m pleased to continue wearing the RB Leipzig shirt. After our great achievement in winning the DFB-Pokal, it remained clear that my story here isn’t over yet – we want more!

“I was really impressed with the club’s efforts to keep me, so a big thanks goes to those responsible for the trust in me and especially to Oliver Mintzlaff, with whom I was always in close contact. RB Leipzig have made a name for themselves on the international stage in recent years and have shown time and again that we can compete for titles. We want to build on that going forward and go one step further.”

It was rumoured that Leipzig were looking for up to £100million for the 24-year-old if he was to leave this summer.

His new contract reportedly has a release clause worth around €60m (£51m) that will become valid from 2023 – meaning a transfer this time next year is extremely likely.