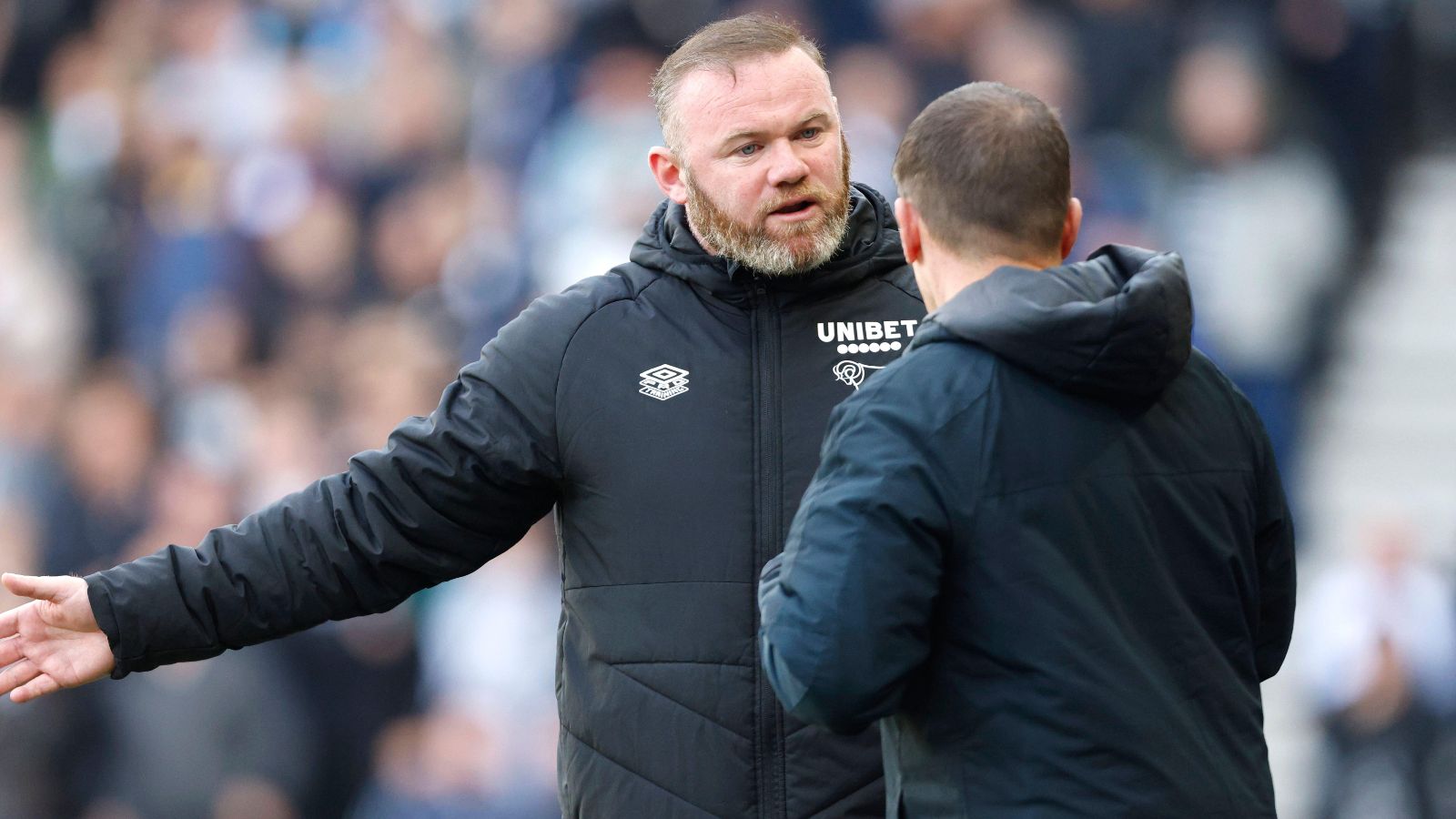 According to reports, Derby County boss Wayne Rooney ‘will be tempted’ by the vacant manager’s job at Burnley this summer.

The Man Utd legend took his first job in management towards the end of 2020. This came as he replaced Phillip Cocu at Derby County.

Rooney was able to guide the Rams to Championship safety last term. They ended up one point clear of the relegation zone.

Derby’s financial struggles made it that they were deducted 21 points earlier this season. Their relegation was confirmed this month.

Rooney has been praised this term though as Derby would be 17th in the table without the deduction.

They have won their last two games to move out of the relegation zone with five games to go.

The Sun are reporting that Rooney is Burnley’s ‘top choice’ to take over this summer.

It is stated that even if the Clarets are relegated, the Derby boss ‘will be tempted’ by a move to Turf Moor.

They add that Chris Wilder, Alex Neil and Sam Allardyce are ‘also on the radar’ of Burnley chairman Alan Pace.

Speaking after Derby were relegated, Rooney suggested that he was “excited” to rebuild the club in League One:

“We know we’d be safe without the penalties we’ve had. This is where we’ve been left by the previous owner and we’ve been trying to pick up the pieces from that and trying to pull off something really special. We’ve got close and haven’t managed to do it.

Rooney added: “We’ve really got a good foundation. The foundations are there of a really good team. I need to be able to add to that squad.

“I know what players I want to bring in in League One and I need to be able to get that moving quick to make sure we have the best chance of coming straight back up.

“I need to be able to bring the right players in for League One to make sure that we move this club forward again.

“I’m excited to get my teeth into it and bring players I want to bring in and try to develop them and try to be a successful team.