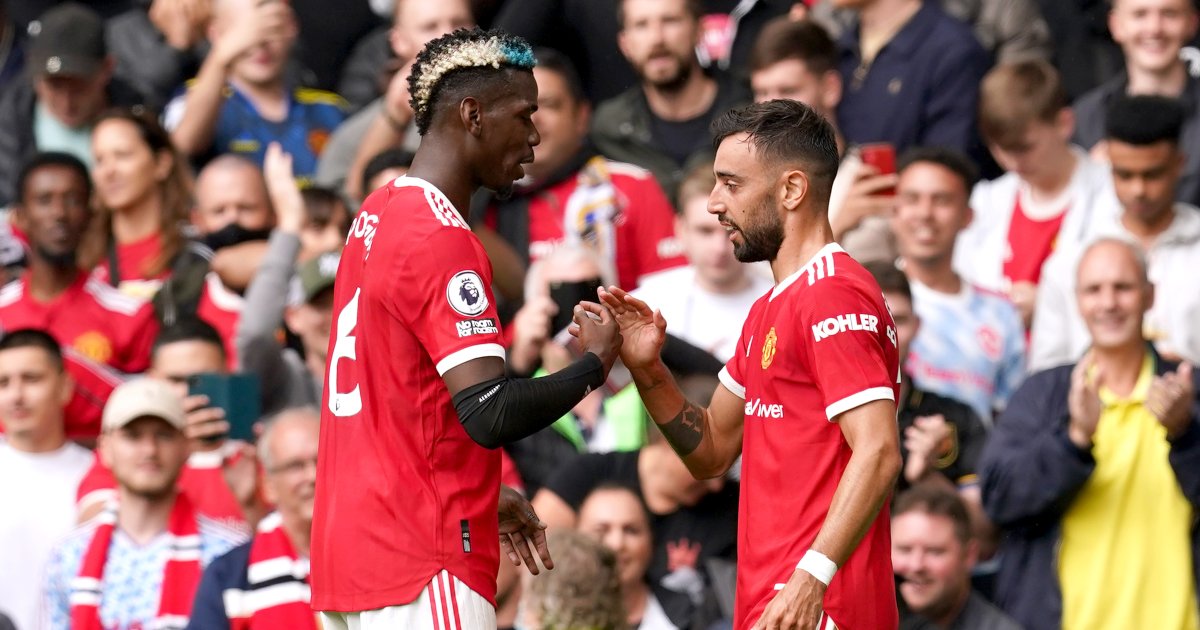 The Premier League is back and with it the players who have created the most chances – mostly at Manchester United. We count down the totals from Raphinha to the man right at the top…

Now that has got to be really very frustrating. And with Raphinha now capped by Brazil, how long will Leeds manage to keep hold of one of last season’s great signings?

Four goals came from five phenomenal key passes on that opening day against Leeds United. It was enough to get him into our team of the season so far even if he has since reverted to his usual frustrating self.

And that impressive total comes from only five games. Only six Premier League players created more chances per 90 minutes last season and only eight players were credited with more than his eight assists. He remains and will remain uncapped by Germany but the Premier League – and particularly Brighton – have enjoyed him.

What a ridiculous start to the season for Antonio, who racked up four goals and three assists in West Ham’s first three games. The red card curtailed him somewhat but he has created eight chances in his last two Premier League games, even if most of them are knocking the ball short to Said Benrahma so he can shoot from about 30 yards.

Another of the great uncapped, Saint-Maximin has been the shiny penny on the dirty ground of Newcastle over the last couple of seasons; it’s little wonder he is excited that he might soon get some new friends to play with. But a certain lack of consistency is demonstrated by five chances created against Watford and then exactly none against Wolves the week after.

Probably the player of the season so far, and the main reason that Liverpool are in the title race despite wobbles elsewhere on the pitch. It’s not a bad record for a player often derided as selfish. His assist against Manchester City was particular magnificent.

While Paul Pogba has been credited with an assist for 50% of his created chances, Shaw is running at a success rate of 5.55%. He just keeps banging in those corners and United players just keep heading over or straight at the goalkeeper.

‘It has been a solid if not spectacular start to life for Jack Grealish at City,’ we wrote as we sneaked him into our top ten signings of the season so far. There’s no denying that one goal and one assist from seven Premier League games is a disappointing return, but he would argue that he has been creating the chances…

One of the last great traditional centre-forwards, Jimenez is adept at holding the ball up and playing in teammates – largely to miss until Hwang Hee-Chan arrived to start smashing them in. The only other Wolves player credited with a Premier League assist this season is goalkeeper Jose Sa.

He is currently creating chances at exactly double the rate of last season; the boy is back in form. Remarkably, those 21 chances have been created in just five games. They certainly missed him against Manchester City.

Maybe the 32-year-old Scot is one player the new Newcastle owners will retain. He does whang in an awful lot of crosses from left-back and Harry Kane could do an awful lot with those.

What we can conclude from this list is that Manchester United have an awful lot of very creative players. Now if only they could start working together as a team, they might be better than fourth-favourites for the title…