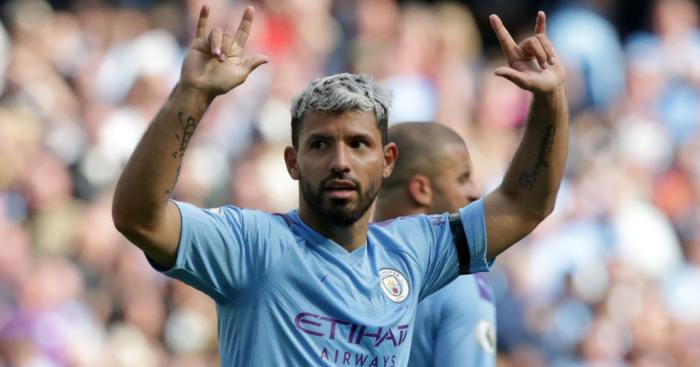 Not the most goals, but the minutes per goal. And the bar is 40 goals…

Just don’t call him a super-sub (even though he was one). Massively underrated, any argument against Manuel Pellegrini being a great manager should start with the fact that he thought Wilfried Bony was an upgrade on Dzeko. You will not find the name of Wilfried Bony on this list.

If Edin Dzeko came back to City he’d score 40 headers a season.

Impressive longevity from the Dutchman, who basically scored a goal every other game for an increasingly poor Arsenal side before switching sides and producing a 26-goal Premier League season to drag Manchester United to their last title. And he is still the last United player to score a top-flight hat-trick. Which is ridiculous.

For one extraordinary season, he was undoubtedly the Premier League’s greatest player as he scored an astonishing 31 goals in 33 games. It really should have earned him the title but instead it earned him a big-money move to Barcelona, where he continues to score goals at an astonishing pace.

Top 5 individual seasons in the PL:

A big leap to this absolute king of penalty area poachers, one of the best players never to have won a Champions League. In four of five seasons at United, the Dutchman broke the 20-goal barrier in the Premier League. Simply astonishing numbers.

Without that ill-fated spell at Chelsea, he would be even higher up this list. His record for Liverpool is extraordinary, though he is cursed to spend the rest of his career on an inevitable downward curve after the ludicrousness of his first 32-goal Premier League season at Liverpool.

To score that volume of goals in an Arsenal side in the midst of a massive slump is nothing short of extraordinary. What will they do without their “most important player” (Mikel Arteta) after his sending-off against Crystal Palace? Maybe call this bloke…

Simply one of the most incredible players to have graced this league. That rarest of things – a great goalscorer and a scorer of great goals, Henry was poetry in motion. There was a time when people actually debated Ruud v Thierry as if they even operated in the same stratosphere.

On this day in 2005, Henry became Arsenal’s all-time top scorer. (via @Arsenal) pic.twitter.com/Gs8OlC1CUA

And still he remains the best Premier League player to have won absolutely f*** all.

So far ahead of the opposition it is ludicrous, the Argentine is now in his ninth Premier League season and is heading towards his sixth consecutive 20-goal season. And he has just become the highest-scoring foreign player in the history of the competition. And yet he is still underrated because City.