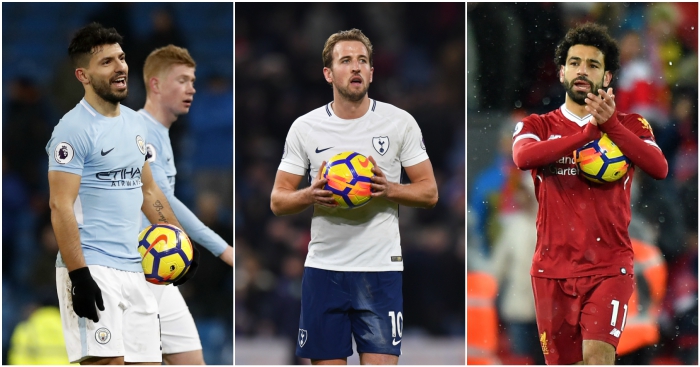 Not the most goals, but the minutes per goal. And the bar is 50 goals…

On this day in 2014, Chelsea completed the signing of Diego Costa from Atletico Madrid for a fee of £32m

Just don’t call him a super-sub (even though he was one). Massively underrated – any argument against Manuel Pellegrini being a great manager should start with the fact that he thought Wilfried Bony was an upgrade on Dzeko. You will not find the name of Wilfried Bony on this list.

Impressive longevity from the Dutchman, who basically scored a goal every other game for an increasingly poor Arsenal side before switching sides and producing a 26-goal Premier League season to drag Manchester United to their last title. It remains the last time any Manchester United striker hit the 20-goal mark.

For one extraordinary season, he was undoubtedly the Premier League’s greatest player as he scored an astonishing 31 goals in 33 games. It really should have earned him the title but instead it earned him a big-money move to Barcelona, where he has scored a goal every 108 minutes and stands behind only two extraordinary players this century.

A big leap to this absolute king of penalty area poachers, one of the best players never to have won a Champions League. In four of five seasons at United, the Dutchman broke the 20-goal barrier in the Premier League. Simply astonishing numbers.

To score that volume of goals in an Arsenal side in the midst of a massive slump is nothing short of extraordinary. This week he eased past the 50-goal mark quicker than any other Gunner in history. Now Mikel Arteta must try and convince him to stay.

Without that ill-fated spell at Chelsea, he would be even higher up this list – in second, actually. His record for Liverpool is extraordinary, though he is cursed to spend the rest of his career on an inevitable downward curve after the ludicrousness of his first 32-goal Premier League season at Liverpool.

And still he remains the best Premier League player to have won absolutely f*** all.

Simply one of the most incredible players to have graced this league. That rarest of things – a great goalscorer and a scorer of great goals, Henry was poetry in motion. There was a time when people actually debated Ruud v Thierry as if they even operated in the same stratosphere.

So far ahead of the opposition it is ludicrous, the Argentine is now in his ninth Premier League season and only injury will prevent a sixth consecutive 20-goal season. However will City replace him?

Just missing out: Alan Shearer and Daniel Sturridge (147), Javier Hernandez (148) and Ole Gunnar Solskjaer (152). The lesson? Leave before you really slow down…