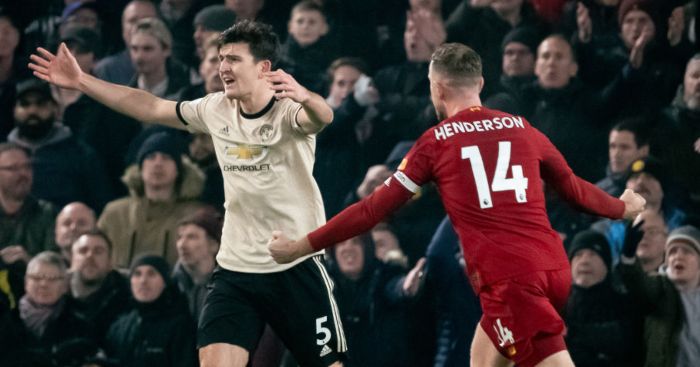 10) The reintegration of John Lundstram
While his form has waned considerably and John Fleck’s equaliser at Arsenal came 16 minutes after a wasteful performance was curtailed by substitution, it is worth remembering that John Lundstram’s workload has increased exponentially from last season.

The midfielder featured less often than Gary Madine in Sheffield United’s promotion campaign and has started more league games this season than in the entirety of 2017/18. This sort of interrupted run in a role that requires a great deal of focus, consistency and work-rate is unprecedented for Lundstram. His only consecutive league starts in 2018/19 were in the opening two games of the season – and he was brought off at half-time in the second.

Chris Wilder has reintroduced Lundstram from the cold expertly. Without him, the Blades would not have enjoyed such success in the Premier League. Yet it was largely without him that they reached the promised land.

9) Crystal Palace choosing to stick
“When you’re 72 years of age and been a manager for 45 years you’re a little annoyed when you’re asked what you can learn from other managers,” said Roy Hodgson, with the sort of sass he tends to reserve for Frank Rijkaard. Perhaps more pertinent is that when you’ve managed Crystal Palace for almost two-and-a-half years and you’re asked what you can learn from Pep Guardiola, it is a largely pointless question.

Hodgson’s five most recent Premier League finishes are a gloriously palindromic 12th, 11th, 10th, 11th and 12th across an entire decade and three different teams. He has his ways and they are as proven as they are consistent.

Palace, for example, have had 45.8% possession this season – only a slight deviation from 46.6% last. Their passing accuracy is an identical 77%. Their method and application is much the same. A difficult summer necessitated a little more of a lean towards defence instead of attack, but Palace’s decision to stick instead of twist has been vindicated.

8) Mateo Kovacic’s fresh start
Chelsea simply could not bare the thought of not being able to spend any money in a transfer window. That was the only viable explanation for their £40m purchase of Mateo Kovacic, who had barely come close to whelming under Maurizio Sarri.

Yet Frank Lampard has helped elevate the Croatian to another level. It is almost unthinkable that N’Golo Kante might not be his club’s most important midfielder but Kovacic is certainly challenging for that accolade. He has not started any of Chelsea’s last three league defeats and his crisp passing and incisive dribbling was sorely missed against Newcastle. It is time for him to return.

7) Southampton staying patient
There is an argument that, past a certain threshold, a heavy defeat can be more beneficial than damaging. To lose by four goals is chastening. Five is embarrassing. Six is humiliating. But by the time the vidiprinter starts spelling out the opposition score it can become meaningless.

There are stories of teams being invigorated by such setbacks, of how they “actually helped the morale of the team”. To be beaten 9-0 is such an aberration that a line is collectively drawn in the sand and the season starts anew.

So reports of Ralph Hasenhuttl’s imminent demise were always premature, an instinctive reaction to an anomaly. Southampton even lost their next two games but retained faith, did not suddenly alter course, have inflicted revenge and are now revelling in mid-table purgatory.

6) The refinement of Kevin De Bruyne
When he is not supposedly challenging Jordan Henderson in the PFA Player of the Year vote, Kevin de Bruyne is continuing to develop what is already a wonderful skill set. A player who once assisted 19 goals in a single season hardly requires fine-tuning, yet here we are.

The Belgian has rather quietly laid on 15 Premier League goals this campaign as he hunts down Thierry Henry’s record of 20. Pep Guardiola’s subtle change to give De Bruyne a slightly more advanced free role on the right is paying dividends.

It is an alteration designed to maximise his greatest strength. De Bruyne is attempting more crosses per game (2.5) in the Premier League this season than at any other point throughout his career. Seven against Crystal Palace helped him create six chances. If only the rest of the team weren’t letting him down.

5) Wolves harnessing Adama Traore
As far as unhelpful comparisons go, Tim Sherwood’s claim that Adama Traore was “a little bit of Messi and a little bit of Ronaldo” was about as unnecessarily cumbersome as Gerard Houllier suggesting Bruno Cheyrou “has the same kind of touch and style that Zidane has”. Perhaps hyperbole is simply added to the water supply at Villa Park.

There is something in that comparison five years later. Traore has married the physical prowess of Ronaldo with the adhesive dribbling of Messi to form a sort of hybrid that was once unthinkable.

It felt like Wolves had strayed from a tried and trusted transfer path when they spent £18m on an erratic Championship winger upon promotion. Traore had started to mature and develop nicely at Middlesbrough but he represented the sort of chaos that Nuno’s impeccable structure surely could not accommodate. A single goal and assist in his first season suggested as such.

But both club and player deserve credit for persevering. He has improved at base level – four goals and six assists in 22 Premier League games this season – yet the way he has refined his overall game is startling. The decision-making, the intelligence, the selflessness, the versatility – even during games. The ultimate one-man show has become an exemplary team player. The impact sub who did not complete 90 minutes once last season has transformed into the undroppable who has started and finished 16 games. And none of it would have been possible without Tactics Tim.

4) Leicester selling Harry Maguire
Were they not ruing the fallibility that had cost them a couple of hours before down the M65, Leicester might have spared a moment or two to nod sagely and smile wryly. Harry Maguire’s pièce de ássistance was complete when Georginio Wijnaldum exposed him for all of Anfield to see.

That sort of mistake, while hardly commonplace, was not unheard of at either Leicester or England. Maguire’s marauding runs from centre-half were always a crucial aspect of his appeal, risking either disaster or bumbling brilliance. It was what helped him stand out. As a defender, he was always good to great but nothing more.

Hence why Leicester were happy with both possible scenarios in the summer. They valued Maguire at £80m to simultaneously warn potential suitors and embrace their interest, knowing a world-record fee was less a reflection of his quality and more of their forward planning and Manchester United’s desperation.

They felt Maguire’s was not so advanced a role that Caglar Soyuncu could not readily fulfil it. And he absolutely has. His strengths are similar and his imperfections comparable. The loss of its most profitable member has had a marginal impact on Leicester’s defence and a huge effect on their bank balance.

3) Watford correcting their mistake
Anyone who has ever been in a long-term relationship will know how difficult it is to admit you have made a mistake. Even when your partner is standing there holding a freshly-baked pie with the unmistakably small imprint of your Spanish inquisition embedded in the crust, it takes immense effort to swallow your pride, apologise and move on.

Watford have had a valid excuse for almost every pastry they’ve ruined. Oscar Garcia was ill. Billy McKinlay was a stopgap. Slavisa Jokanovic refused terms. Walter Mazzarri was only ever designed to trip everyone up on Sporcle. Marco Silva and Javi Gracia were both past their best before dates. Even the initial departure of Quique Sanchez Flores was amicable and understandable.

His return, however, was inexplicable. Watford were right to sack Gracia after opening the season with three defeats and a draw, but they panicked in appointing his compatriot. That they were not too belligerent or stubborn to see the error of their ways in bringing back Sanchez Flores warrants praise. Nigel Pearson has twice as many points in seven games (14) than his direct predecessor managed in ten. Watford, albeit belatedly, have given themselves a chance of survival.

This unlikely, hastily arranged marriage has been consummated far more often than expected. It is difficult to recall a manager whose very appointment faced such opposition from an entire fanbase and attracted so much opprobrium from elsewhere. Sacked by a Championship club less than a year before and relegated in his most recent Premier League season, Bruce was the consolation prize to the gold medal of Rafa Benitez.

Newcastle need five more wins from their final 15 games to record more victories in a top-flight league campaign than the Spaniard ever managed. Bruce has rode the tidal wave of opinion to a stage where he is closer in terms of points to fifth than 18th in late January. He is certainly earning that ‘bonanza payment’.

1) Liverpool spending no money
Arsenal had just finished fourth on 72 points rather than second on 97, reaching the Champions League semi-finals instead of winning the entire competition. But Arsene Wenger’s suggestion that “in England people think that all the problems can be sorted out by buying players” carries perhaps more weight now than it did over a decade ago.

“I believe the biggest target is to work hard in training, improve what we can improve and have confidence in the players that we have,” the Frenchman added in the summer of 2009, when he signed Thomas Vermaelen and no-one else. And the transfer gamble was a qualified success; Arsenal came third the following season.

Liverpool’s joy has been unmitigated. The conventional wisdom in football tells us that standing still equates to moving backwards. Other clubs will strengthen – City spent £60m each on two players after winning a domestic treble – so to choose not to follow suit is to lose ground.

Yet Jurgen Klopp called everyone’s bluff. Liverpool missed out on the Premier League title by a point, shed Daniel Sturridge, Alberto Moreno and Simon Mignolet, kept the rest of his squad, added two teenagers in Sepp van den Berg and Harvey Elliott, a couple of keepers at the other end of the age scale in Adrian and Andy Lonergan, and now have a list of top-flight records in their sights. The man who once described James Milner moving into midfield from left-back as “like a transfer” is basically just taking the piss now.