Premier League clubs are better at spending than selling; Chelsea make the list, though. 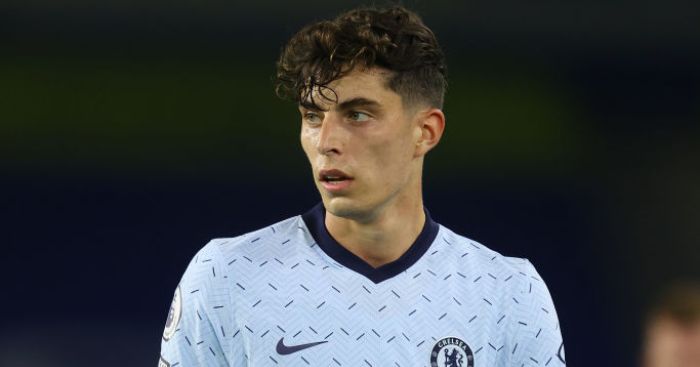 We have looked at the spenders; so who is selling? Well, some of the same clubs but a few different names too.

The numbers are from the glorious transfermarkt. They might not be the numbers you see in your tabloids but they are the most informed of all the prices you will find.

10) US Sassuolo (£47.71m)
Players sold: Stefano Sensi (£18m, Inter), Alfred Duncan (£13.5m, Fiorentina), Pol Lirola (£9.9m, Fiorentina), Francesco Cassata (£6.3m, Genoa).
All of those moves are just loans made permanent so, for now at least, the squad that took Sassuolo to a credible eighth is still intact. Their problems will begin when somebody realises that Jeremie Boga is actually rather good.

🦊 Under is joining Leicester in a deal worth £24.6m pic.twitter.com/VeLU1LRr61

9) RB Leipzig (£49.05m)
Players sold: Timo Werner (£47.7m, Chelsea), Hannes Wolf (loan fee £1.35m, Borussia M’gladbach)
That Timo Werner fee looks awful cheap but it has to be placed in the context of quality players committing to clubs like Leipzig because of the release fees that make their exits smoother. And they have already bought his replacement – Hee-chan Hwang – for just £13.5m. And he scored on his debut.

7) Ajax (£72m)
Players sold: Hakim Ziyech (£36m, Chelsea), Donny van de Beek (£35,1m, Manchester United), Joel Veltman (£900,000, Brighton).
The exodus continues. Of the front six who played against Tottenham in the second leg of the Champions League semi-final of 2019, only Dusan Tadic now remains at the club. It’s telling that Ajax have responded by investing in two players aged 19 and 20. The cycle continues.

5) Barcelona (£85.05m)
Players sold: Arthur (£64.8m, Juventus), Carles Perez (£9.9m, AS Roma), Marc Cucurella (£9m, Getafe), Ivan Rakitic (£1.35m, Sevilla)
We covered elsewhere exactly why Barcelona did what looks like a ridiculous swap deal with Juventus which saw them lose a promising young player and ‘gain’ a much older one. Barcelona would love to sell a whole heap of other players (12 at the last count), to a) balance the books and b) give Ronald Koeman some semblance of a squad he actually wants, but the process seems to be painfully slow.

4) Juventus (£85.50m)
Players sold: Miralem Pjanic (£54m, Barcelona), Emre Can (£22.5m, Borussia Dortmund), Simone Muratore (£6.3m, Atalanta), Cristian Romero (loan fee £1.8m, Atalanta), Matteo Stoppa (£900,000, Sampdoria).
And here are Barcelona’s partners in that swap deal, designed pretty much solely to make it look like there was money coming in from sales. They definitely need more outgoings, with Douglas Costa and Aaron Ramsey among those thought to be available as Juventus try to raise money for a striker.

3) Bayer Leverkusen (£85.95m)
Players sold: Kai Havertz (£72m, Chelsea), Kevin Volland (£13.95m, Monaco)
A solid profit to be made by Bayer Leverkusen this summer as they recover from their failure to reach the Champions League. A chunk of the Havertz money has already been spent on Patrik Schick, who scored ten goals for RB Leipzig last season while on loan from Roma. Another chunk will reportedly wing its way to Arsenal for Sead Kolasinac, which feels about right.

Czech international Patrik Schick has joined the Werkself on a five-year deal!

2) Lille (£89.1m)
Players sold: Victor Osimhen (£63m, Napoli), Gabriel Magalhães (£23.4m, Arsenal), Junior Alonso (£2.7m, Atletico-MG).
Such is the lot of a club like Lille; impressive seasons are inevitably followed by interest from big clubs. The mark-up on Osimhen was over £40m in 12 months in Ligue Un – they will hope they can make a similarly tidy profit on this summer’s signing of Jonathan David from Gent.

For the 2019/20 and 2020/21 seasons, Napoli assumes a loss of between €150M and €200M. Koulibaly’s transfer would soften the blow to the balance sheet. €80M for the player plus almost €36M reduction in gross wages over a 3 year period. (@mattinodinapoli via @NapoliAndNaples)