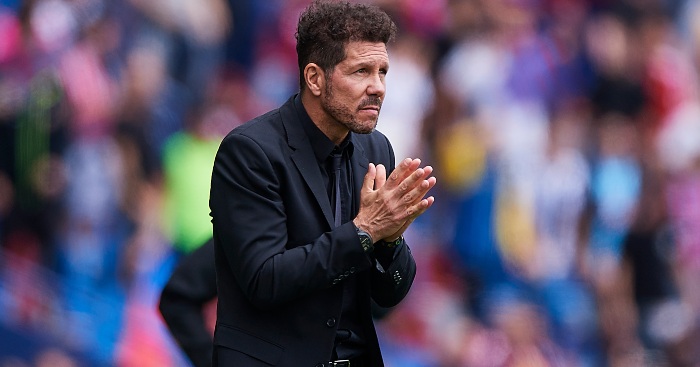 We’ve seen which sides have spent the most money but which clubs are raking it in? Most numbers are from the glorious transfermarkt…

10) Porto – £65.25m
(Eder Militao £45m, Felipe Monteiro £18m, Jose Sa £2.25m)
The Portuguese club have brought in around £63million from sending a couple of centre-backs to Madrid, with Eder’s move to Real arranged months ago and Felipe heading to Atletico to become the Rojiblancos’ most expensive defender ever.

9) Ajax – £82.13m
(Frenkie de Jong £67.5m, Maximilian Wober £9.45m, Daley Sinkgraven, £4.5m, Vaclav Cerny £675,000)
The imminent sale of Mathijs De Ligt will propel Ajax into the top three of this list, while the Eredivisie champions have yet to fulfil their promise of “a good transfer” for Hakim Ziyech. That should fetch another £30million or so.

8) Roma – £83.61m
(Konstantinos Manolas £32.4m, Luca Pellegrini £19.8m, Stephan El Shaarawy £14.4m, Gerson £10.62m, Iván Marcano £2.7m, Ezequiel Ponce £2.7m, Andrea Romagnoli £1.8m)
Roma have just about balanced the books so far this summer with seven sales funding five purchases. Manolas has finally left the Italian capital having been linked with Manchester United and Arsenal seemingly since the dawn of time but the Greek defender has joined Napoli. Roma will have to dip into the coffers to replace the centre-back.

7) Barcelona – £95.76m
(Jasper Cillessen £31.5m, Andre Gomes £22.5m, Paco Alcacer £18.9m, Denis Suárez £11.61m, Emerson £5.4m, Marc Cardona £2.25m, Marc Cucurella £1.8m, Sergi Palencia £1.8m)
Barca have made nearly £100million from selling second-stringers and players miles away from their first team last season – literally, when it comes to the loanees they have cashed in on. They might have to dig down the back of the sofa for a further £71million if Atletico get their way, but selling any or all of Samuel Umtiti, Ousmane Dembele and Philippe Coutinho could swell the coffers enough for one more big buy. Though Lionel Messi has a contract renewal which won’t pay for itself…

5) Lyon – £101.76m
(Tanguy Ndombélé £54m, Ferland Mendy £43.2m, Jordan Ferri £1.8m, Christopher Martins Pereira £1.8m, Elisha Owusu £900,000, Timothé Cognat £63,000)
The French side are already turning a profit this summer before Nabil Fekir goes anywhere and if Ndombele is as successful at Tottenham as many seem to think he will be, then Spurs will be in the hole for an even greater amount.

4) Real Madrid – £103.5m
(Mateo Kovacic £40.5m, Marcos Llorente £27m, Raul de Tomas £18m, Theo Hernández £18m)
Real will be hoping to pull in a lot more to fund their transfer urges before the deadline. They have already spent £272million and still they want Paul Pogba, though United have reportedly bumped an extra £30million on to their asking price. Whether it be Pogba or one of PSG’s stars, it seems certain that Zinedine Zidane will spend big again this summer, but there remains plenty of deadwood to shift first.

3) Chelsea – £105.1m
(Eden Hazard £88m, Tomas Kalas £8.1m, Ola Aina £9m)
The Blues expect to make considerably more on Hazard, with Real’s final bill hinging on a series of add-ons, most of which the Belgium star is expected to trigger. Bristol City’s record signing Kalas was Chelsea’s longest-serving player before ending his nine-year association with the club during, which time he made four first-team appearances.

2) Benfica – £153.9m
(Joao Felix £113.4m, Raúl Jiménez £34.2m, Luka Jovic £6.3m)
Eintracht Frankfurt – the 11th team on this list – did some splendid business by taking up the option Benfica offered them to make Luka Jovic’s loan a permanent arrangement. That was in April. Less than two months later, Jovic was flipped and sold to Real Madrid for more than £50million.

1) Atletico Madrid – £279.99m
(Antoine Griezmann £108m, Lucas Hernández £72m, Rodri £63m, Gelson Martins £27m, Luciano Vietto £6.75m, Bernard Mensah £3.24m)
Atletico have spent a fortune on revamping their squad yet the Rojiblancos remain in credit to the tune of around £60million thanks in no small part to the sale of Antoine Griezmann. And still they want another £71million from Barca.