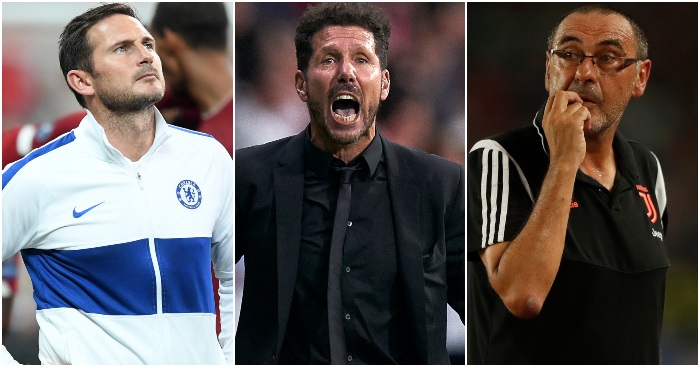 Most figures are from the glorious transfermarkt…

Hoffenheim profited to the tune of around £75million this summer following a rare deficit last year. Only three clubs in Europe – Chelsea, Benfica and Ajax – cleared a higher net profit, thanks largely to some unexpected lavishness from Mike Ashley.

Real did not acquire all the players they wanted this summer because they could not shift all the ones they hoped to get rid of. It was reported that ‘Operation 200’ would reap enough to buy Paul Pogba, but Gareth Bale, James Rodriguez, Dani Ceballos, Marco Asensio and Isco could not be sold.  Real were hoping to net £180million; they made £12million from loaning Ceballos to Arsenal. Of the players they did manage to get off the books, Keylor Navas’s absence might be keenest felt unless Thibaut Courtois gets his act together.

Lyon’s window was a tale of two acts of uncharacteristic generosity. First, Daniel Levy smashed Spurs’ transfer record to take Ndombele; which must have put Jean-Michel Aulas in a more agreeable mood when Real Betis came calling for Fekir. Liverpool were all set to pay £35m more for the Frenchman only a year ago…

Few would have expected Chelsea to feature in this list at the start of a summer in which the Blues were banned from signing anyone. And they certainly would not have done had Hazard not made his desire to join Real abundantly clear. David Luiz aside, Frank Lampard will barely have noticed that the others have gone.

Arsenal’s signing of Pepe accounts for over half of Lille’s profit though the French side are taking the cash in instalments. But Lille have made some exciting signings too and they will be eyeing another profit should they be able to tease some of the potential out of Renato Sanches, who was signed from Bayern for a quarter of the figure they received for Pepe.

Similarly to Real Madrid, Barca were unable to generate the funds they needed to complete all of their recruitment objectives, though getting their money back for Malcom remains one of the achievements of the transfer window.

Benfica’s reluctance to sell Felix was tempered by the huge wad of cash they received when Atletico coughed up the teenager’s release clause. The Jovic affair, though, must have stung, with Eintracht Frankfurt making almost £50million by flipping the striker they took on loan last season with a pitifully low option to buy.

Ajax there, doing what Ajax do. The De Jong deal was agreed months ago and De Ligt was also sure to leave, almost guaranteeing £135million before the window opened. It was presumed that Hakim Ziyech would follow too since Marc Overmars promised the attacker ‘a good transfer’ this summer. Overmars even spelled out to Arsenal how they might sign Ziyech but still he remains in Amsterdam.

For whatever reason – not the agent’s fault, apparently – the biggest sale Juve wanted to make failed to go through, with Paulo Dybala remaining in Turin despite the club’s best efforts to shift him in the direction of Manchester, north London and Paris. Kean was one of the more surprising departures, though Graeme Souness presumably thinks Juve made a patsy of Everton.

Atletico spent a sodding fortune – for them, at least – but still they remained in the black to the tune of around £70million this summer, even if they did away with the spine of a team. Even if Griezmann hadn’t chosen to ship his sh*t to Barcelona, Atletico would still have been fourth on this list. As it is, they have made around £95million more than any other club in Europe.