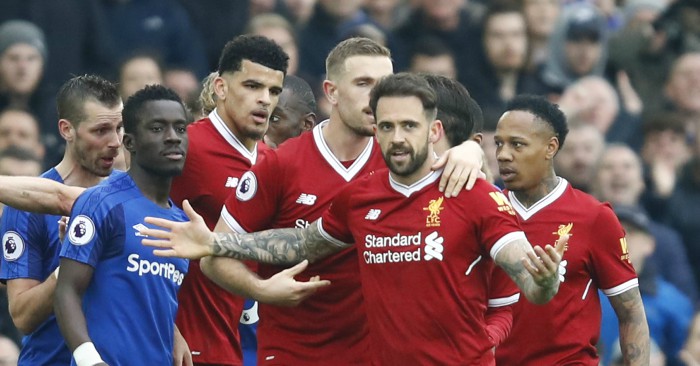 10. Adama Traore to Wolves
Tim Sherwood has previously insisted that Adama Traore “could go and play for Manchester City tomorrow”,  but the Middlesbrough winger may have to settle for the second-tier champions as opposed to the Premier League winners. Wolves are about to make him their most expensive player ever.

Uncle Jorge Mendes will be particularly pleased. Sherwood said that Traore “is a bit of Messi and Ronaldo” when signing him for Aston Villa in the summer of 2015, and the 22-year-old certainly combines aspects of the dribbling skill of one with the impressive physical attributes of the other.

But this is an unpolished diamond. Traore’s two Premier League seasons have been distinctly different. He did not start a single game in the 2015/16 campaign with Villa, yet assisted two goals in ten matches. One assist in 27 games came at the far more defensive Middlesbrough the following year. Wolves will look to strike a happy medium.

9. Alvaro Negredo to Cardiff
Since Neil Warnock identified the need for Cardiff to find “the missing piece” in late June, the Bluebirds have made no further signings. The previous day, Bobby Reid became the fourth addition to a distinctly Championship squad. Forty-one days later, the search continues.

Warnock wants a striker, but justifiably found Watford’s valuation of footballing soulmate Troy Deeney a little prohibitive. The similarly physical and brash – but slightly more continental – stylings of Alvaro Negredo therefore appeal. As is customary for the past season’s Championship runners-up, Cardiff have first dibs on the 32-year-old. Just ask Middlesbrough.

8. Lucas Perez to West Ham
It has been a wonderfully understated and impressive transfer window for Arsenal, but the harshest critic will see room for improvement. The deadwood is still floating around the Emirates Stadium, with the branches threatening to tangle Hector Bellerin’s beautiful, luscious hair.

Burnley, Cardiff, Crystal Palace, Fulham and Tottenham are the only clubs to generate less money from player sales this summer. Jack Wilshere, Santi Cazorla and Per Mertesacker have all been shifted from the wage bill, while the Gunners boast an ever-increasing loan army. But only Jeff Reine-Adelaide and Chuba Akpom have departed for fees, both of which were nominal.

In David Ospina, Carl Jenkinson, Joel Campbell and Lucas Perez, Arsenal do have slightly more sizeable assets. And it is the final member of that choice quartet who could receive the most interest. Perez moved to north London for £17.1m in summer 2016, and his valuation has undoubtedly dropped since. But seven goals in 21 games for Arsenal – and seven in 34 back on loan at Deportivo La Coruna – has piqued the interest of West Ham. The Spaniard has never really been given the opportunity to impress in England; the London Stadium could provide a perfect fresh start.

7. Joe Hart to Burnley
The life of the third-choice goalkeeper has become part of perverse football folklore, but Burnley are about to raise the stakes. If Joe Hart does arrive at Turf Moor as expected, Sean Dyche will have to banish one of his shot-stoppers to fifth-choice.

In Nick Pope and Tom Heaton, Burnley already possess two England keepers who have barely put either foot or hand wrong at club level for some time. They are supplemented by Anders Lindegaard and Adam Legzdins, back-ups extraordinaire. But emergency Hart surgery is required after setbacks sidelined Pope and Heaton. The 31-year-old’s arrival truly would add insult to their respective injuries.

6. Stanley N’Soki to Newcastle
Plenty has changed since Newcastle were last mentioned in the same breath as Luke Shaw in March, but just as much has stayed the same. Michael Owen is still their record signing, the supporters continue to idolise Mike Ashley as a Geordie Jesus, and their options at left-back are drab and dreary.

Last season, Paul Dummett (17), Javier Manquillo (13), Chancel Mbemba (5) and Jesus Gamez (1) shared the responsibility of starting in the Premier League, with Kenedy and Matt Ritchie starting one game each at left wing-back. Manquillo is a middling right-back, while Mbemba and Gamez have since departed. Dummett has improved, but it is a huge burden to shoulder.

Rolando Aarons, Callum Roberts and Victor Fernandez have all been used as left-backs in pre-season, but genuine competition is needed. Interest in Stanley N’Soki is genuine, the 19-year-old refusing to sign a new contract with Paris Saint-Germain. A lack of first-team opportunities has frustrated the teenager, and a star turn in the Trophée des Champions win over Monaco is unlikely to convince him that he is part of Thomas Tuchel’s plans. If Benitez is provided the funds, it should happen. But, as ever, that is a gargantuan if.

5. Danny Ings to Crystal Palace
Martin Kelly was a trendsetter, a footballer completely ahead of his time. The right-back paved a path from Liverpool to Crystal Palace in 2014 that has been well-worn ever since. Christian Benteke traded Anfield for Selhurst Park in 2016, Mamadou Sakho did the same in 2017, and Danny Ings could soon follow the trend.

When Jurgen Klopp was appointed Liverpool manager in October 2015, Ings had started three of Liverpool’s last four Premier League games, scoring twice. The summer signing from Burnley would soon become a reliable, capable player who could be trusted to put in as much effort as possible and sacrifice himself for the cause. He took the role perhaps too seriously, injuring his knee in Klopp’s first training session.

As harsh and as ruthless as it sounds, Liverpool have since outgrown him. A further serious knee injury has allowed the Reds to thrive and prosper in attack, and a limited but willing workhorse is no longer required in such a fluid, frightening front three. Ings has started three times under Klopp, who undoubtedly values him, but the 26-year-old deserves the chance to prove his first-team worth. A move to Crystal Palace, whose land of strikeforce giants include Alexander Sørloth, Connor Wickham and Benteke, would suit all parties.

4. Yerry Mina to Everton
“It is one position and it is easy to understand how many we need in that position. We have to sign new players there,” said Marco Silva last week, perusing Everton’s bare and uninspiring central defensive cupboards. Ashley Williams was deemed well beyond his use-by date, discarded along with Ramiro Funes Mori, while Phil Jagielka is giving off a similarly unappealing odour. Michael Keane has left a sour taste in the mouth.

You can see why Jamaal Lascelles has been targeted throughout the summer, and why they have joined the long and tiresome race to sign Yerry Mina. The latter is far more attainable, and if the pursuit of Richarlison taught Everton anything, it is that reaching up is far more cost-effective than punching down. A Barcelona outcast will prove much cheaper than Newcastle’s captain, even if the risk attached is much greater.

Bottom club West Brom were among those who conceded fewer Premier League goals last season, while promoted Huddersfield allowed as many. If Everton have any hope of breaking the glass ceiling placed above them, they must strengthen the precarious platform they are currently stood on.

3. Jack Grealish to Tottenham
With another 60 hours or so left to conduct business, the cracks in Tottenham’s transfer window are forming with increasing and alarming regularity. Nineteen Premier League sides have signed at least one player this summer; one club has sat on their hands, simply staring at the shackles they placed on themselves

Crystal Palace, Manchester City, Manchester United, Swansea and Watford all fought against the tide of an early transfer window closure last year, and have presumably been muttering ‘we told you so’ ever since. Burnley abstained from the vote, and finally broke their duck by bringing in Ben Gibson last week. Which leaves Tottenham, frantically pointing at Michel Vorm and declaring him as a new signing while wiping away the tears.

Of all the options at their limited disposal, Jack Grealish is surely the most likely to be pictured with Mauricio Pochettino’s arm draped around his shoulder while he signs a blank sheet of white paper on deadline day. Steve Bruce insists he is “not for sale”, but the Aston Villa manager admits it will be “very difficult” to keep him from prying north London eyes. Daniel Levy is lurking in the grass, ready to pounce.

2. Jack Butland to Chelsea
Chelsea should not act so surprised. “Genk have done everything in its power to persuade the player and his representatives that he should stay but this did not work out,” the Belgian club stated in 2011. “After Courtois did not turn up to a meeting this morning during the build up to the match against Lyon, Genk had no other choice but to accept the bid from Chelsea, which is the biggest it has ever received for any one player.”

If they cheated on someone to be with you, there is every chance you will eventually become the stooge. And so it comes to pass that Thibaut Courtois has gone AWOL from Chelsea training, and the Blues are left picking up the pieces. The reports suggest they will call on Jack Butland to help them out. If anything, it will keep them from thrusting Willy into the action.

1. Toby Alderweireld to Manchester United
It could yet be Jerome Boateng, Harry Maguire, Jose Gimenez or Ragnar Klavan, but each would know the truth. Jose Mourinho would greet them with a smile and a handshake and introduce them as his man, but he would secretly ask them to wear a Toby Alderweireld mask and put on a Belgian accent as he guided them up towards the bedroom after a few too many shandies each evening.

Mourinho will get a centre-half; Ed Woodward is not dense enough to ignore the persistent warnings for too long. And for the Portuguese, Alderweireld is almost perfect. He can tackle, pass, head and lead. At 29, he is mature enough to avoid the pitfalls of the modern footballer, experienced enough both domestically and in Europe to exponentially improve the defence, yet not too old so as to be over the hill. Instead, he is stood at its peak, searching eagerly for a new home.

Mauricio Pochettino was right to reduce Alderweireld’s importance and promote Davinson Sanchez in his stead last season, but his managerial rival is equally justified in trying to take advantage of the situation. Tottenham’s trash would be Mourinho’s treasure.