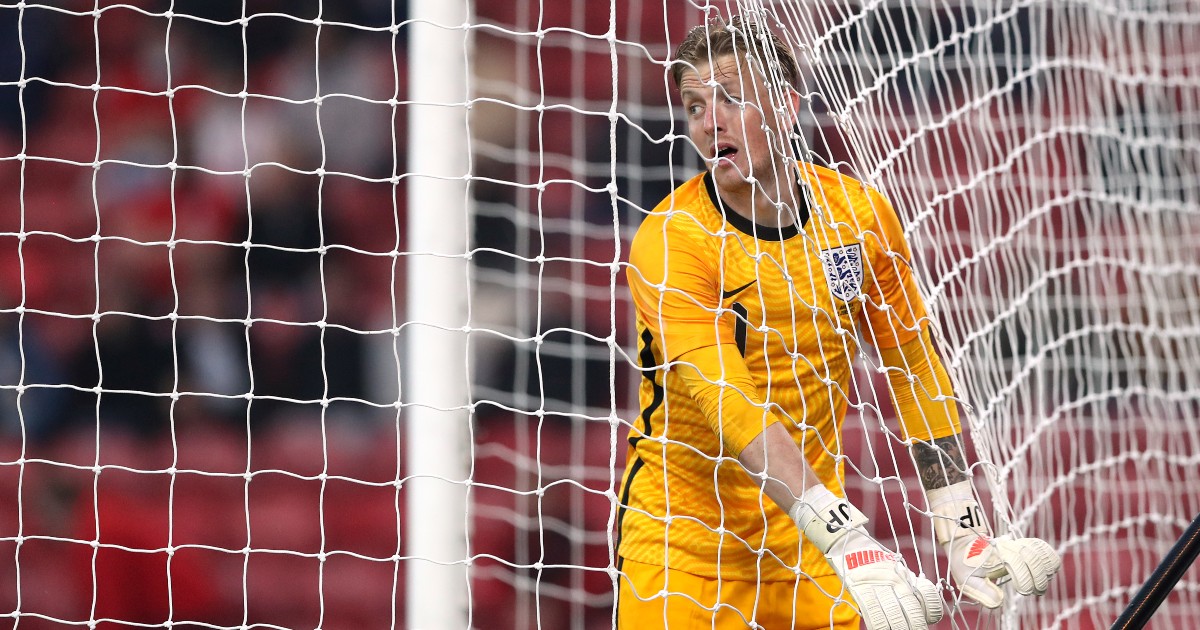 England have some key points to prove this summer, such as the future of Jordan Pickford and a modest list of recent major tournament victims.

It’s Euro 2020. We haven’t given it the long run-up. Maybe the Three Lions can surprise us. England expects. Just not like it used to…

Alan Hansen opined: “We always knew this England team had real quality, but against the South Americans they showed it. It was a joy to watch.” Even the golden generation turned it on occasionally outside of real business hours..

England beat world champions Germany 3-2 in Berlin a couple of months before they froze against Iceland in Euro 2016. How horrible it was to see the depths an entitled national team could sink to.

England beat Belgium in October during Jurgen Klopp’s favourite competition. In the real thing in Russia they lost to them. Twice.

2) Don’t look back in anger, look forward
Over the last 15 years, England have relied heavily on strikers who had either seen better days or never really had true international quality. Jermain Defoe was still playing in 2017 at the age of 35. Wayne Rooney couldn’t score in global tournaments after his breathtaking turn in Euro 2004. Daniel Sturridge and Danny Welbeck had their moments but neither were ever fully trusted.

3) Will Jordan Pickford make it his own?
Something is stirring and for once, it’s not Jordan Pickford. Whisper it, but his manic tendencies have been doused a little bit. Maybe Jordan just realised that flying at dangerous altitude against Virgil van Dijk and Harry Maguire wasn’t clever. Whatever it is, let’s hope he goes under the radar again and makes the saves – any saves of any kind – that Joe Hart rarely managed in a major tournament. Love the distribution. Quite like that new haircut as well. A period piece drama surely awaits.

4) England’s spine a little bent
As Gareth Southgate admitted all too readily, Jordan Henderson and Harry Maguire “have a bit to do” to be considered available for selection. England have more than enough history to show the huge downsides of carrying injured or unfit players into major tournaments. The fact that these two are leadership role models mean their sheer presence is considered essential. But they have to play rather than cheerlead. As Maguire gave his thrilling account of jumping out of bed to put weight on his ankle, it was hardly metatarsal mainstream news. How times have changed.

5) Rising above the small island mentality
Euro ’96 was a tournament that makes English fans of a certain vintage smile. There was Gazza, Shearer, Macca and Big Dave Seaman taking the Tim Henman-style standing ovation at that year’s Wimbledon tennis. Rooney said: “It’s as if they won the tournament, the way they are remembered.” Quite. In actual fact, England only played decently once in that whole tournament against a bedraggled Holland. It was pretty much the same in Italia ’90 when they squeaked past Egypt, Cameroon and Belgium. In 2018, they only beat Sweden, Tunisia and Panama.

6) Local resistance: beware of the Bravehearts
Local resistance can be dangerous and disruptive when attempting to advance in an international tournament. England do not like playing derbies in major tournaments. They drew 1-1 with the Republic of Ireland at Italia ’90 and lost to Jack Charlton’s hand-fighting Irish unit at Euro ’88. They even lost at Wembley to Scotland in a Euro 2000 qualifier without managing a single shot on target. Remember Leigh Griffiths and his decent free-kicks crashing past Hart?

The Scots should not be underestimated under any circumstances.

Gareth isn’t quite cut from the same kind of understated cloth but he’s not far off. He knows there’s a threshold that must be reached and anything below it is failure. “Are we ready to win? Well, we’ve been to two semi-finals so the next step is to try to go further.” Yes. Erm. The business end of winning is where England turn away from the furnace.

It is going to take some kind of boldness to get there. Think technicolour dreamcoat rather than snooker waistcoat.

8) England footballers not weighed down by gossip columns shock
When the golden generation failed to deliver, you could still admire David Beckham’s new hairstyle or follow the wives and/or girlfriends around town as our boys self-combusted on the pitch. Now we have a culture where the most interesting things to observe are Kieran Trippier and Kyle Walker’s tattoos. Good. It’s the football bit we are after not a UFC between Coleen and Rebekah.

Jack Grealish’s legs might fill some gossip pages. No doubt we will get a tour of how all these young England babes were made. Jude Bellingham is the Theo Walcott of 2006. Although judging by his performance against Austria, he won’t be here just to carry his school satchel.

9) England’s big game innocence
Harry Kane knows his way around the Premier League but in a pre-Euro game against Portugal in 2016 he got kicked in the head and didn’t wince. Southgate responded: “Harry nearly got decapitated and tried to keep going. A lot of feedback to me would be, ‘It’s a joke you’re telling him to go down and get the other player sent off. It’s not British.'”

By the time they played Croatia in Russia, England had collected only five yellow cards, no red cards and were the cleanest team left in the tournament. Avoiding needless free-kicks is one thing, but more tactical fouls are welcome.

10) The fear
You know that it exists within any England camp, no matter how talented or limited. The new England are less about the warrior spirit (blood of Butcher; Terry’s hammerhead; Robson’s dislocations) and more about a brave new world where tactical flexibility and being smart is better than throwing your body on the line. When he became interim manager, Southgate kept “hearing what English players can’t do”. Just do it then.