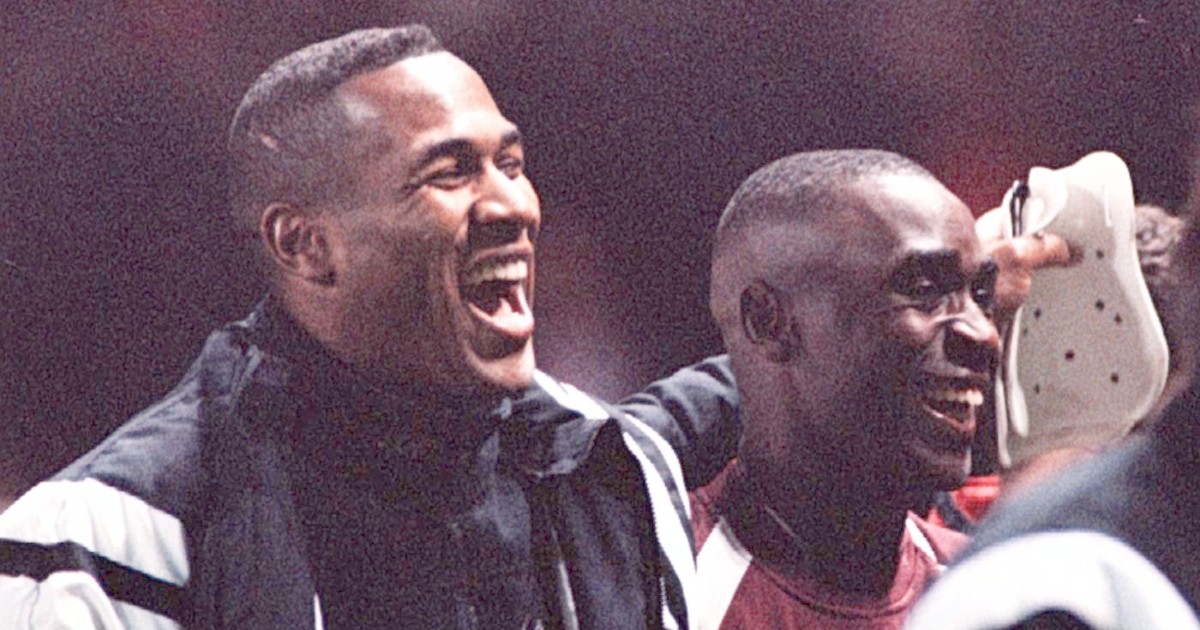 Gareth Southgate is deliberating over his England team to face Wales on Tuesday, but he has nobody in his squad on this list. Yet. Though some might put James Maddison on there before too long.

The following all have at least 15 caps but never appeared at a World Cup or European Championships for England.

10) Malcolm Macdonald
One of seven players to be named the top scorer in an English first-tier season for two separate clubs, Malcolm Macdonald was the first to achieve the feat post-war. His is not a name that springs immediately to mind when considering overlooked England internationals but the former Newcastle and Arsenal striker was a victim of an unusually barren decade for his country.

England reached the World Cup quarter-finals as defending champions in 1970 but failed to qualify for the tournament in 1974 and 1978. They also missed out on the European Championships in 1972 and 1976, with Macdonald’s entire career spanning from 1968 to his retirement aged 29 in 1979. He remains the only player to score five times in a single competitive international for England, netting all five goals in a World Cup qualifier against Cyprus in April 1975. Macdonald was only given five more caps by Don Revie before a knee injury caused a premature end to his time as a player.

9) Martin Chivers
Gerd Muller was the only player to outscore Martin Chivers in qualification for Euro 1972, which made it particularly unfortunate that England managed to draw West Germany in a quarter-final to reach the tournament. The Tottenham legend’s only other goals for his country all came in friendlies, although a record 13 in 24 games is a ratio that stands up for comparison with most England players before or since.

His last England cap perhaps summed up the conundrum best: Chivers started in the disastrous 1-1 World Cup qualifying draw with Poland in October 1973 and was the only player substituted by Alf Ramsay as the champions of seven years prior failed to even make the field in West Germany. The striker was just 28 at the time of his last international appearance but was phased out along with a handful of others – including the manager – as England stumbled into an uncomfortable unknown.

8) Lee Dixon
Gary Stevens and Paul Parker were given the nod ahead of Lee Dixon at the 1990 World Cup, before injury sidelined the Arsenal defender at Euro ’92. By Euro ’96 he was barely a consideration behind Gary Neville and wing-back option Darren Anderton. Four years later it was Neville who kept him out again as Kevin Keegan picked five strikers. Even when Dixon won the Double with Arsenal as a reliable old hand in 1998 and 2002, his age precluded a call-up.

The best chance Dixon would have had was in 1994 but England were unable to make it out of a tough qualifying group and the opportunity went by. He was expected to finish on 21 caps, the last of which came against San Marino at the end of that unsuccessful campaign in November 1993. Yet Howard Wilkinson did not follow Terry Venables and Glenn Hoddle in ignoring the Arsenal right-back, selecting him for a friendly against world champions France as caretaker in February 1999 and starting him in a 2-0 defeat at Wembley.

7) Mick Channon
The most-capped player never to be named in an England squad for a major tournament was another who rather foolishly timed his very existence to coincide with a period of sustained failure at national team level. Channon’s Three Lions career spanned five years, 46 games and 21 goals but such respectable numbers never translated to any sort of actual tangible triumph.

Channon might have viewed the 1974 World Cup as the perfect platform at which to showcase his abilities. The striker finished as First Division top scorer on 21 goals despite Southampton’s relegation, with that sort of form earning him a first competitive cap in that ill-fated and aforementioned qualifier against a strong Poland side in 1973. He was one of many who failed to beat Brian Clough’s “clown”, Jan Tomaszewski, that evening.

6) Les Ferdinand
Fate can take you to the dance but that is no guarantee of being able to show off your moves. Les Ferdinand received call-ups for two major tournaments but watched the entirety of a combined eight games from the bench at Euro ’96 and the 1998 World Cup. His record in those two seasons could not have been more disparate: the forward scored 25 goals in 37 games for Newcastle in the former and five in 21 at Tottenham in the latter. Yet in either case he was kept out by a combination of Alan Shearer, Teddy Sheringham, Robbie Fowler and Michael Owen.

Ferdinand was actually the fifth highest-scoring Englishman in the 2003/04 Premier League season but those 37-year-old exploits at Leicester were understandably disregarded. Venables should still have brought him on instead of making no substitutions whatsoever against Germany at Wembley, mind.

5) Gary Pallister
Nine years, ten trophies and five top-flight PFA Team of the Year appearances with Manchester United was worth only 22 England caps for Gary Pallister, who made his international debut while still playing in the Second Division for Middlesbrough. Tony Adams, Des Walker, Martin Keown, Keith Curle, Sol Campbell, Gareth Southgate and Steve Howey prevented him from breaking into a Euros squad while circumstances meant his 1994 Double at Old Trafford was not rewarded with a World Cup place.

That Steve Bruce remained one of the Premier League’s great uncapped was peculiar but Pallister playing under four managers yet never at a World Cup or European Championship is bizarre. The centre-half started England’s first game of their excellent 1998 qualifying group but played only once thereafter before his international goose was cooked.

4) Duncan Edwards
Some players are forever inexplicably ignored by certain managers. Others do not miss the boat but spend entire careers sitting on it and forlornly waiting for it to set off. Duncan Edwards, Tommy Taylor and Roger Byrne are examples of the few that fall into neither camp as potential stars whose futures were cruelly snatched away through the fault of nobody. Edwards was the crown jewel in the Busby Babes at Manchester United and managed to accrue 18 England caps in two years by the age of 21 when he was one of many that perished as a result of the Munich air disaster in February 1958.

The midfielder was expected to make Walter Winterbottom’s World Cup squad later that year, possibly even as a future replacement for the legendary Billy Wright as captain. Edwards was even briefly considered for a place in 1954 but the 18-year-old was ignored in favour of experience. He debuted for England in April 1955 and, to the humorous fury of many, played and scored in the FA Youth Cup final later that month as a full international. The man is, in many ways, eternal.

3) Andy Cole
“That’s me finished England-wise now. I’ve made my mind up and there’s no coming back,” said Andy Cole upon his omission from the 2002 World Cup squad. “As far as I’m concerned, there’s no way back for me and like I’ve always said when my time comes I’ll step aside, and my time has come now.”

Except his time never really did come for England. Cole is the third-highest scorer in Premier League history, a multiple-time Premier League champion whose 34 goals in a single season might forever stand as the division’s record. But 15 caps for England was reflective of two things: ludicrous depth in attacking areas; and that damaging Hoddle quote about Cole needing “five chances before he scores”. His first four caps each came under different managers and a foot injury kept him out at Euro 2000 as fortune never seemed to favour the outstanding.

2) Emlyn Hughes
He won it all across 12 years with Liverpool and two more at Wolves but Emlyn Hughes never had a World Cup or European Championships appearance to count among his 62 England caps. He captained his country throughout much of that impoverished decade in the 1970s, bookended by squad places that never resulted in actual minutes.

Hughes travelled to Mexico as the youngest player in Ramsey’s squad for the reigning champions in 1970, then was chosen again by Ron Greenwood as the second-oldest team member behind only Dave Watson at Euro 1980. The opportunities came at opposite ends of his career but the result was the same: Hughes did not make it off the bench on either occasion.

1) Ian Wright
For seven successive seasons at Crystal Palace and Arsenal, Ian Wright scored at least 23 goals and netted 30 or more four times. He won a Premier League, two FA Cups, a League Cup, a Cup Winners’ Cup, a Full Members’ Cup and, almost certainly as importantly, all our hearts.

But his 33 England caps were restricted only to friendlies, qualifying matches and Le Tournoi, at which he scored as the Three Lions reigned supreme. Injury ruled him out of the World Cup finals the following year but there was no such excuse on other occasions.

Euro ’96 was one such case of Wright being ignored, Venables barely selecting the striker at any point in his two-year reign and not changing tack for the tournament. The 1994 World Cup was an unfortunate miss: Wright scored 35 times for Arsenal that season and should have had an opportunity to break America. But Euro ’92 was the most egregious mistrust of his talents as Wright won the First Division Golden Boot before seeing Graham Taylor pick Nigel Clough and Alan Smith instead. The latter had just netted 12 times in the league for Arsenal – half of teammate Wright’s disregarded tally.