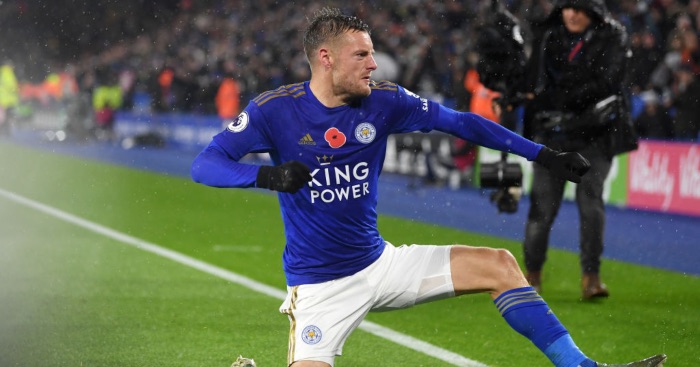 10) Andre Gray (Watford) – 6
Troy Deeney, Dominic Calvert-Lewin, Mark Moble and James Maddison have also scored six Premier League goals in 2019 but none have done it in as few minutes as Gray, who scored his second goal of the season against Norwich on Friday night. Uncomfortable truth: His record of a goal every 202 minutes makes him more prolific than Marcus Rashford.

3 – Andre Gray has scored more Premier League goals as a substitute in 2019 than any other player (three). Super-sub.

9) James Ward-Prowse (Southampton) – 9
Astonishingly, he played for England as recently as March after a ridiculous purple patch of six goals in nine games gave Southgate little choice but to call up the Saints’ occasional captain. He has since been overtaken by sexy young things James Maddison and Mason Mount.

8) Jadon Sancho (Borussia Dortmund) – 9
There is something of a blip happening right now – culminating in his gut-wrenching substitution before half-time in Der Klassiker – but he is still only 19. It’s probably time to re-set the hype machine. For £100m, you want something more than moments.

7) Harry Kane (Tottenham) – 10
That those ten goals have come in just 19 games tells a story of two strands: A consistent goalscorer held back by persistent injury. Questions have been asked about whether Kane still fits in with Tottenham’s favoured style of play, but it would be a brave manager who decided to drop him. In truth, Mauricio Pochettino should have been that brave man for the Champions League final.

Sheffield United are the only premier league side that Harry Kane has failed to score against.

Just like Spurs, Harry Kane has had an off day.#twitterblades

6) Tammy Abraham (Chelsea) – 10
He has actually scored 21 league goals in 2019, but we will have no truck with the Championship. So those ten goals have come in just 12 Premier League games, at a ridiculous rate of a top-flight goal every 89 minutes. That makes him about twice as good as Kane. It’s science.

5) Marcus Rashford (Manchester United) – 11
Three goals in his last four Premier League games since Ole Gunnar Solskjaer belatedly realised that he cannot play as a lone striker have catapulted Rashford up this list. Since going away with England to Bulgaria in October, he has been in the kind of form that makes him ‘worth’ that £200,000-a-week contract.

🤔 Isn’t he meant to be having a bad season?#MUFC pic.twitter.com/A8zoK9gA4J

4) Callum Wilson (Bournemouth) – 11
A player who scores in spurts – last season he grabbed seven in ten games and this season he has scored five goals in four games. But the flip side to that kind of form is his current barren run of no goals in five games. That needs to change if he is to hold off the opposition for a place in England’s 2020 squad.

3) Ashley Barnes (Burnley) – 14
His strike on Saturday against West Ham was his first since August, ending a barren run that silenced those who would have Gareth Southgate give a debut to a man who has turned 30. Still, scoring at a similar rate to Kane in 2019 is absolutely not to be disparaged.

2) Raheem Sterling (Manchester City) – 15
Two goals in eight Premier League games represents something of a slump to Sterling with his recent ridiculously high standards, but he has rather bigger things to worry about this week after attacking an England teammate in a canteen. And that is not a sentence we expected to write a week ago.

5 – The top five goalscorers in the top five European leagues in 2019: