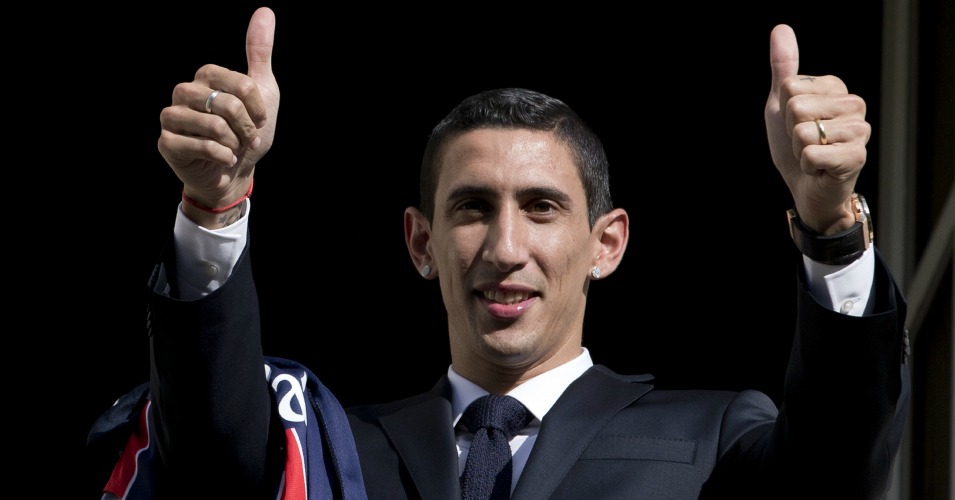 Around a third of the way through the domestic season across Europe’s top five leagues, there have been ample opportunities for summer signings to impress for their new clubs.  WhoScored.com reveal the top ten performing players transferred ahead of this season:

10) Lassana Diarra (Marseille)
Sacked by Lokomotiv Moscow last August, it came as something of a shock when Marseille took a gamble on 30-year old Diarra; He had been without a club for a year after a troubled time in Russia. Ten league games into his career at L’OM and it’s a risk that has very much paid off. With a rating of 7.51 the midfielder is the tenth highest rated player in France, earning a recall to the national side having secured a pass accuracy of 89.7% and averaged 3.0 tackles per game.

9) Anthony Martial (Manchester United)
Disbelief verged on outrage when Manchester United paid all the money for Anthony Martial, but the youngster has silenced the critics queuing up to say ‘I told you so’ within a matter of weeks. The money spent to secure his services was indeed remarkable, but the teenager has looked the real deal since a switch from Monaco, securing a league rating of 7.51. He’s scored three goals, registered one assist and completed more than twice as many dribbles per game (3.1) as any United teammate.

8) Nicolas Otamendi (Manchester City)
Strongly tipped to also be at Old Trafford this season after a summer of drawn out speculation, when Nicolas Otamendi signed for rivals City many felt United would rue missing out on the Argentine. It was his performance in the Manchester derby – earning a WhoScored man-of-the-match rating of 7.94 – that best indicated his potential. Since the return of Vincent Kompany, Otamendi has excelled. He leads the way for Pellegrini’s men in terms of aerial duels won (3.6 per game), interceptions (2.7) and clearances (7.3) for a rating of 7.56.

7) Hatem Ben Arfa (Nice)
Another player that has come back from football obscurity having been without a club in the second half of last season, Hatem Ben Arfa has looked back to his brilliant best since a move to Nice. A player whose ability has rarely been questioned, Ben Arfa is now showing the application required after a return to France and has reaped the rewards with a return to the international fold. Ben Arfa epitomises Nice’s entertaining style, scoring seven league goals – having managed just 12 in four seasons in England – and averaging a Ligue 1 high of 4.2 dribbles per game for a rating of 7.66.

6) Dimitri Payet (West Ham)
Just ahead of his compatriot in the rankings, the recent injury to Dimitri Payet is a massive blow for West Ham. The 28-year old has been at the heart of most of the Hammers’ attacking play this season, leading the way for Bilic’s side in terms of both goals (five) and assists (three). Such returns have helped the Hammers to sixth in the table, with only Mesut Ozil creating more chances in the Premier League (47), earning Payet a rating of 7.68.

5) Kingsley Coman (Bayern Munich)
The loan switch of Coman from Juventus to Bayern Munich was a slightly curious one, and the deal is likely to be made permanent. His form for the Bundesliga champions has already led to international recognition at the age of just 19. The versatile forward has two goals and two assists to his name in the Bundesliga – along with 3.3 dribbles per game – for a league rating of 7.70, while only two players have picked up more assists in this season’s Champions League (3).

4) Ricardo Pereira (Nice)
The second Nice player on the leaderboard and the least recognisable name on this list, big things are expected of Ricardo Pereira. Signed at left-back to replace Aston Villa-bound Jordan Amavi, the 21-year old has picked up where his predecessor left off and his versatility looks likely to be a real asset to both his parent club Porto and Portugal – for whom he received his first cap at the weekend. With three assists to his name he has proven his credentials going forwards as expected and averages of 4.9 tackles – second most in Ligue 1 – and 3.9 interceptions per game have been hugely encouraging, along with a WhoScored rating of 7.78.

3) Angel Di Maria (PSG)
Struggled to make his mark in the Premier League, though that much seems more and more due to Louis van Gaal’s system rather than Di Maria’s wrongdoing. The Argentine didn’t do himself justice in England but has been quick to rectify that, restoring his reputation in France. With four goals and three assists in nine league appearances – of which two came as a substitute – the 27-year old has shone, with a rating of 7.79 enough to rank third in Ligue 1.

2) Virgil van Dijk (Southampton)
Having been linked with a move south of the border for some time, when Virgil van Dijk made the move to St. Mary’s it was seen as something of a coup for Southampton. The Dutchman hasn’t disappointed under Ronald Koeman, putting in a number of commanding displays to earn a place in WhoScored’s Premier League team of the season so far. Van Dijk already has two goals to his name, the centre-back has won 5.8 aerial duels per game, also leading the way in clearances (7.8 per game) for a team-high rating of 7.80.

1) Douglas Costa (Bayern Munich)
The signing of Douglas Costa at Bayern wasn’t met with huge excitement, but three months into the campaign it is already abundantly clear that the fee paid to Shakhtar Donetsk for the Brazilian represents an absolute bargain. The mercurial winger is the only summer signing to rank among WhoScored’s top ten players in Europe’s top five leagues, with a rating of 8.07 enough to sit fourth. The 25-year old has scored twice and registered more assists (seven) than any other Bundesliga player, with a tally of 44 successful dribbles also at the top of the leaderboard in Germany.

Download the latest edition of the free WhoScored.com e-magazine for a round-up of October’s action across Europe.