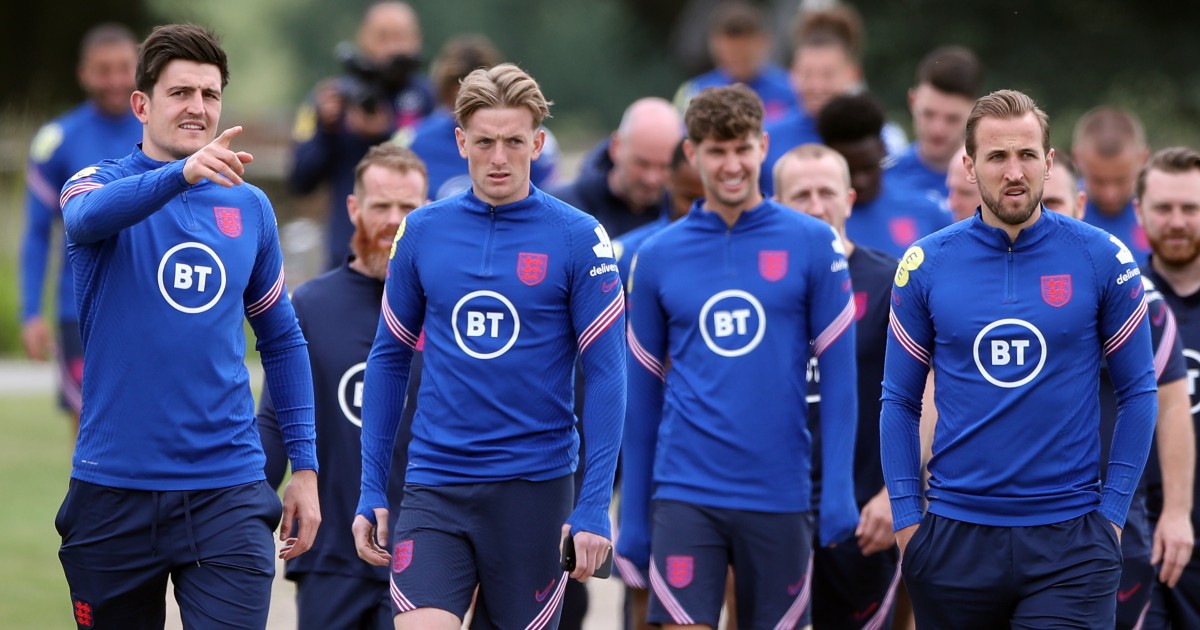 It should be a close Euro 2020 final between England and Italy but both sides have factors that could sway the game in their favour.

1) Giorgio Chiellini, the smiling assassin
Chiellini often has a smile on his face. All is not what it seems. It’s as if he has just charmed your young nephew at the nursery before going on to twist a naughty child’s hand behind their back out of view. Think Rebecca De Mornay in The Hand That Rocks the Cradle. Look at his bear hug of Jordi Alba. It’s not exactly what the Spaniard was expecting. Or appreciating. On global duty, what could Alba do but be a good sport with a sour face? Alpha male behaviour sometimes comes with a cuddle.

2) Pickfordwatch as England’s goals move
The Everton stopper has been excellent in this tournament. However, at the back end of the Ukraine match, Pickford’s bored jerky alter ego began to show up to entertain himself. By Wednesday night at Wembley, his game was showing signs that there was a little more riding on this one. The serene distribution down the fairways now looked more like a golfing hacker in the rough. But Pickford will always have an overactive football gland. So far, there’s been no evidence that he will do anything horrendous. But the sea of tranquillity needs to be rediscovered.

3) Harry Kane growing into a tournament rather than out of one
He started slowly, didn’t he? There were increasing whispers that the Tottenham striker was distracted, slow and someone who could be substituted rather than be a permanent fixture. However, Harry knew better. Unlike Russia 2018, where he faded after a fast start, Kane looks as sharp as a tack. One shot out wide midweek was evidence that even from the tightest of angles, he can test a keeper full stretch. As I said myself, blowing my own small trumpet for a moment: ‘There’s no crisis here. Let’s call it one small step for the long road ahead. Best to peak at the right time.’ Sunday would be nice

4) Italy’s ‘monster’ group mentality
When Manuel Locatelli missed Italy’s first penalty in the shootout against Spain, Federico Chiesa told the cameras that “everyone was calm”. When Spain were running, passing and moving through the previously secure Italian defence, there was still no inevitability about a second Spanish goal. Rio Ferdinand noted that the Italians looked calmer as a group before the shootout. The laser focus to get through was the be-all and end-all. Look at the match and you may think Spain coulda shoulda etc. But it’s no fluke that Italy did. Before every match, their players get together and scream the words “We are ready to die”. This is the beast that England will face on Sunday

5) Mancini’s second coming
Think Roberto Mancini and you think of drama. Fighting with Balotelli. Scrapping. Sparring. It’s all there in the team he has built. However, he now looks mature, like a cuddly grandfather that had a youthful wild thing middle age. While Luis Enrique got the tactics board out just before the penalties on Tuesday, Mancini had the ear of his men in an all-for-one huddle. Mancini is no longer the noisy neighbour. He could be the party pooper from the ghost of Premier League past.

6) Can England cope with the bigger picture?
Southgate’s England finally put to bed their semi-final syndrome after falling short against Croatia in the World Cup three years ago and then the Netherlands in the Nations League in 2019. That minimum expectation of the last four for fans no longer looks that enticing. This time, the Three Lions came on strong rather than fading. It seemed Denmark only had the stamina to stand up rather than play by the end of 90 minutes. England even had the temerity to play the ball around among themselves for three minutes towards the end. Now, can they cope with a big final against a team that refuses to submit despite a flurry of similar punches? This was a good curtain-raiser in stress management and they came through with flying St George’s colours.

7) This England represents something tangible
There is always much negativity in modern life even when something positive is in our midst. Have we stopped believing in the purity of something because there’s always an opposite view to say it was all a mirage? Some have to dissect the minutiae to find the worst of this England team. Is that 21st century human nature? Well you will have to look hard. Southgate is a humble, decent man who gains maximum respect from his squad. Kane has talked about “normal lads” chasing dreams. England will not win the trophy by being nice but they are a wholesome bunch. That’s refreshing in a competitive sport. It’s difficult to dislike a team that looks genuinely pleased as punch for one another.

8) Italy’s old guard
Juventus defender Leonardo Bonucci, 34, will line up alongside 36-year-old centre-back partner Chiellini to face an England team with an average age of 25. Bonucci joked it will be “youngsters against old men”. But these two have 219 caps between them. What Spain did rather cunningly was to pull out the warriors from the back and then hit them with pace. Unfortunately, the Spanish painted lovely pictures but couldn’t frame the good work. It was the most awkward 120 minutes for the Italians who were also troubled by the more limited Austrians for two hours. They survived on the ropes. Italy will do everything to protect their ancient regime at the back. It will be fascinating.

9) Chiesa causes organised chaos
Federico Chiesa is the new darling of Italian international football. It was good to see him laughing and joking with Enrique before the stressful denouement of the Italy and Spain game. A young man who can see the light side is worth celebrating.

Chiesa and Luis Enrique just having a laugh at half-time of extra-time in the #EURO2020 Semi-Final.

It also looks like he can score crucial goals for fun. The Juve star wasn’t even in the original line-up, but plays to a tune of organised chaos within the team structure. Chiesa is great at sniffing out space – the kind that sometimes shows itself in the middle of John Stones and Harry Maguire. He doesn’t seem to fear anything. It’s a game, not fame for him. “I did well to stay calm on the goal,” he said before his intervention against Austria. Composure is a rare resource.

10) Fair Play, England?
It would be fair to say England might be roughed up on Sunday. Home comforts will not be felt on the pitch. Italy might not be averse to reminding Raheem Sterling that he won’t get any freedom pass. Expect tactical fouls plus. Now, we are not saying that Italy have got this far with a bag of tricks as old as time but anyone who saw Ciro Immobile immobilised and then revived within seconds against Belgium knows what is coming. Harry Kane was smart enough to get some tumbling practice against the Danes. After all, Southgate did once say after a friendly against Portugal that “Harry nearly got decapitated and tried to keep going”. England have grown up from their rather “honest” performances at the World Cup to a grade where they can hold their own against the big boys. Fair play is a nice concept but football is impure.