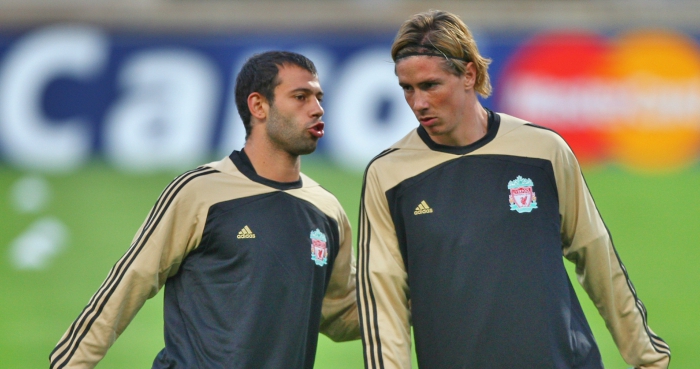 Aside from the obvious, the only other criteria is that a Premier League return has to actually be likely. So no, we aren’t about to start tipping Cristiano Ronaldo and Luis Suarez to come home…

10. Hatem Ben Arfa (to Leicester)
“I have crossed paths with Hatem every now and then and each time we have spoken a bit,” said Claude Puel earlier this month. “I appreciate the player but I also appreciate the person.”

And Ben Arfa probably appreciated the attention. The 30-year-old is receiving little of it at Paris Saint-Germain, having fallen victim to their rather selfish hoarding of all of the attackers. He has not made a single appearance this season, and his future in the French capital is in significant doubt.

The winger has endured a rather tumultuous last few seasons, bemusing Steve Bruce by disappearing at Hull in 2014/15 before enjoying perhaps the finest year of his career at Nice, scoring 17 goals under Puel. It was the sort of form that earned him a move to PSG, as well as the three trophies that followed, but he is now persona non grata at the Parc des Princes little over a year later. Time for a reunion?

9. Shinji Kagawa (to Arsenal)
When Mesut Ozil and Alexis Sanchez are inevitably both sold to Manchester City for a combined £10.4million in the final week of January after Arsene Wenger spent the preceding months insisting Arsenal would not entertain bids for either player before decreeing that it was always his plan to sell them while simultaneously ruing the existence of the winter transfer window and signing a new 12-year contract, the Frenchman must turn his attention to their replacements. A delicate balance of talent, experience and allure must be struck.

Wenger will target Thomas Lemar and players of his ilk, but perhaps Shinji Kagawa could tempt him? Wenger described the Japan international as “very mobile”, “very clever”, “very creative” and “very quick in the box” in a very kind assessment in September 2011. Kagawa has since cut his teeth in the Premier League but was left requiring plenty of dental work after struggling under both Sir Alex Ferguson and David Moyes at Manchester United. A combined 62 goals and assists in 127 games back at Borussia Dortmund suggests his form in England was only temporary, and fresh impetus could bring out his permanent class.

As an aside, Kagawa scored the second most recent Manchester United hat-trick in the Premier League. So that’s something.

8. Thorgan Hazard (to West Brom)
Though he could not possibly have expected to emulate his brother at Stamford Bridge, Thorgan Hazard must have had grander ambitions at Chelsea. He joined the Blues on July 24, 2012, and was loaned out to Zulte Waregem by August 30. He returned on May 31, 2013, and was loaned straight back out again to the same club on July 15. His first goal in England came against Wigan in a Europa League group stage game.

The Belgian has had to step out of his older brother’s shadow to find the light in his own right. He has scored his first career hat-trick, earned his first international caps and scored against Barcelona in the Champions League, all with Borussia Monchengladbach. But while he harbours hopes of returning to Chelsea “one day”, he may have to set his sights slightly lower. Serge Gnabry, Alex Pritchard and Oliver Burke would be the first to recommend that a 5ft 8 1⁄2 in winger link up with Tony Pulis at West Brom.

7. Javier Mascherano (to bloody anywhere)
It is not difficult to spot the trend in Barcelona’s most recent signings. Of the 13 players they have purchased since January 2016, each have been aged between 20 and 29, and have an average age of 23 years and seven months. The revolution is coming, but it will be gradual.

This is a necessary course of action. Ernesto Valverde inherited a remarkably talented squad, but one that was lopsided in terms of age. Andres Iniesta, Thomas Vermaelen, Luis Suarez, Arda Turan, Gerard Pique and Lionel Messi are all aged 30 or over, and must be phased out eventually.

The first to go might well be Javier Mascherano, 33 years young and already considering his options. “What will I be doing in January or the summer? I have no idea,” he said last week, and while a return to River Plate would be his preferred destination, a Premier League swansong for a team requiring some midfield steel would be a delight. Is anyone in need of a player who would literally tear their anus for the cause?

6. Edin Dzeko (to Everton)
A record of 72 goals in 189 games for any striker is respectable. A record of 72 goals in 189 games for a striker who started just 74 of a possible 206 Premier League games during his time at a title-chasing club is almost remarkable. Edin Dzeko was never first choice in his four-and-a-half years at Manchester City, yet played as important a part in establishing them as a force as anyone.

“If the champion is City, then I would say a Man City player and if I have to choose, I choose Dzeko,” said Jose Mourinho when asked whether he felt Luis Suarez was a worthy Player of the Year award winner in the 2013/14 season. The Bosnian started just 23 games but still managed to score 16 goals in that title-winning season, yet was discarded for Wilfried Bony by January 2015 – a situation Mourinho was quick to make light of: “If Bony plays and Dzeko is on the bench, I am happy with that.”

Dzeko’s resurgence in Italy has been something to behold. Ten goals in his first season has already been matched in 15 games this campaign, and a haul of 39 goals last season was a club record. He also received a Ballon d’Or nomination, and has punished a lacklustre Chelsea defence on two separate occasions since September.

If anything, he should return to England just to extend his lead as the top-scoring Bosnian in Premier League history. Asmir Begovic is catching him up.

5. Stefan Savic (to Liverpool)
Although not quite regrettable enough to make our list of the top ten unworthy Premier League winners, Stefan Savic was undoubtedly one of the least deserving recipients of a winner’s medal when Manchester City were crowned in 2012. He started just five matches in that campaign, and was sold in a part-exchange for Matija Nastasic that summer, passing the failed City centre-half baton onto his natural successor in the process.

Savic has undergone a renaissance since, impressing well enough for Fiorentina to earn a move to Atletico Madrid. Only two players (Jan Oblak and Saul Niguez) have featured more often in La Liga this season than the Montenegrin, and yet he has struggled to win the unerring support of the fans. Diego Godin remains integral, while Savic is perceived to be holding Lucas Hernandez and Jose Gimenez back.

Jurgen Klopp requested five centre-halves better than his current options in August. One with a Champions League final appearance, experience in Italy and Spain and on the international stage should do, even if Savic’s Premier League past counts against him.

4. Mario Balotelli (to Southampton)
“France needs him, like they needed Zlatan. He is good for the league but he will absolutely return to the Premier League,” said Mino Raiola of Mario Balotelli, in between calling Jurgen Klopp a “piece of sh*t”, in summer 2016. Balotelli had been sent on loan to AC Milan by Brendan Rodgers, but returned to Anfield 12 months later to discover that he no longer had a future on Merseyside.

Balotelli would find solace with lowly Ligue Un side Nice, an uncharacteristically wise and level-headed move for a troubled striker. The 27-year-old has scored 26 goals in 42 games for the French club since, helping inspire them to a memorable third-place finish last season. But Balotelli would be the first to admit he has unfinished business in England, if only to have the opportunity to get one over his former employers.

3. Steven Nzonzi (to Arsenal)
Sitting in a gold-plated TV palace in Qatar, sipping on his second pint of wine as he, Richard Keys and Andy Gray bemoaned the lack of English clubs in the Bundesliga, Sam Allardyce was suddenly interrupted by one of the two hairiest hands in show business. Keys cut to the Stade de France, where Les Bleus were facing Wales in an international friendly; Steven Nzonzi was brought on for his debut at half-time. Cutting back to the studio, Allardyce was seen shedding a single tear.

“We did have a call, but it was impossible,” Allardyce had said in August 2016. “It would have been of interest to me and we did explore it. He’s very good and he never got the credit he deserved.”

Allardyce, who, as an aside, regularly complains that English managers are never considered for the biggest jobs, tried and failed to tempt N’zonzi to switch allegiances to the Three Lions during his tenure in charge of the England national team.

The Sevilla midfielder will never represent the nation not of his birth, but a return to the country at club level is not out of the question. “I love the Premier League,” he said earlier this week, having been the subject of a failed summer bid from Leicester. Big Sam would be proud.

2. Tim Cahill (to West Ham)
Even at 37, there is a part of Tim Cahill still waiting for the phone call. The name and number of ‘Moyesy’ may not have flashed up since May 2013, but it is no coincidence that, of David Moyes’ last three managerial posts, he failed Tim Cahill each time. Each time they ended in failure.

Cahill is undoubtedly one of the Scot’s favourites. No player has scored more goals under him in all competitions (66), and only Steven Pienaar (43), Leighton Baines (39) and Mikel Arteta (33) have registered more assists as part of the Moyes machine than Cahill’s 29. The Australian is one of the final members who would entertain the idea of getting the band back together for one final hurrah.

1. Fernando Torres (to Southampton or Newcastle)
While neither Newcastle nor Southampton are in a position to afford his wage demands, the idea of Fernando Torres making one final triumphant move to the Premier League is an appealing one. The 33-year-old enjoyed two separate careers in his seven years in England’s top flight, first carving out a reputation as one of Europe’s most fearsome strikers with Liverpool, where he won nothing, then becoming a laughing stock with Chelsea, where he absolutely won something. He made eight more Premier League appearances for the Blues than the Reds, but scored 45 fewer goals.

Until this past summer, Torres remained both Chelsea’s most expensive signing ever, as well as the most expensive transfer ever between two English clubs. On the Premier League’s list of all-time top goalscorers he sits one ahead of Cristiano Ronaldo (84), but one behind Harry Kane (86) as the meat in a delectable sandwich. Only a fool would not relish a cheeky Nando return.