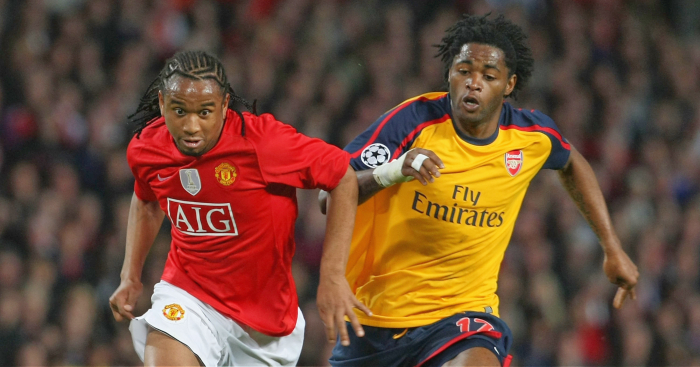 10) Mauro Formica
“I don’t think a marquee signing will happen,” said Steve Kean in January 2011, before going on to pitch a sizeable tent later in the very same press conference. “Formica would be someone we are interested in bringing to the club. That could be something that happens before the window closes. He is a fantastic talent, attacking player – a little bit like a young Batistuta.”

The Blackburn manager had taken the Lord’s name in vain, essentially dooming Formica in the same fell swoop. Few players could shoulder the burden of emulating such an iconic player and survive, never mind thrive. The Argentinean held off the considerable threats of Junior Hoilett and David Dunn to hold down a regular first-team spot, but was playing in boots that were far too big to ever fill.

In terms of struggling Blackburn forwards, he ranks ahead of Corrado Grabbi, Nikola Kalinic and Vincent Grella, but slightly below Shabani Nonda, Shefki Kuqi and Jon Stead. And you can have him for absolutely nothing.

9) Niko Kranjcar
For a player with 154 Premier League career appearances to his name, the first coming in 2006 and the most recent in 2015, Niko Kranjcar’s time on these shores was a surprisingly efficient full circle. His made his debut in a 2-1 defeat to Tottenham, and his last appearance in a 6-0 loss to Manchester City. The middle portion of his story featured countless injuries and infuriating inconsistencies, all largely under one man.

Over almost a decade, the midfielder’s fate was intrinsically linked to that of his footballing soulmate. Kranjcar joined Portsmouth in August 2006, Tottenham in September 2009 and QPR in September 2013, each time on transfer deadline day, and each time with Harry Redknapp sat leaning outside his car window, admiring a job well done.

While the 71-year-old remains out of work, the man 40 years his junior will stay equally unemployed after being released by Rangers in March. “Given the opportunity to go in and build a team, I know I’d do well,” Redknapp said in May, knowing full well that any future foundations he lays would have a certain Croatian tinge.

8) Jermaine Pennant
Trent Alexander-Arnold offered him some company for the briefest time possible this summer, but Jermaine Pennant soon retained his exclusive title as the only uncapped Englishman to ever feature in a Champions League final. Just over a decade on from his man-of-the-match performance in defeat to AC Milan, the 35-year-old finds himself short of options.

Pennant has struggled to find a permanent home ever since leaving Anfield. Save for a three-and-a-half year spell with Stoke, which itself was pierced by a loan at Wolves, he has been at Real Zaragoza, Pune City, Wigan, Tampines Rovers, Bury and Billericay Town for no longer than 12 months at a time. But those boots, as of this summer, have yet to be officially hung up.

7) Michael Essien
It has come to something when Eastern European clubs can turn down players due to old age. “I stopped Essien’s transfer to CFR Cluj,” said Edward Iordanescu, new manager of the Romanian champions, earlier this summer. “I already have a lot of experienced players who our youngsters can look up to.”

None have quite the same pedigree as the two-time Premier League winner and one-time European champion. Essien is 35 and left Persib Bandung in March after struggling to drag Indonesian football into the limelight, and the battered and bruised body can no longer keep up with the perceptive mind. Jose Mourinho will still be proud to call himself his ‘white daddy’, of course.

6) Samir Nasri
When Pep Guardiola branded Samir Nasri “a mess” upon his appointment as Manchester City manager in summer 2016, the former had likely not envisaged the latter’s rather public downfall. It was later that year that Nasri, on loan at Sevilla but fighting to prove his future worth to the cause at the Etihad, would receive his infamous treatment from the Drip Doctors. And it is at this point that I can divulge no more, as per the demands of our non-existent lawyers. But the evidence is incriminating.

It took UEFA until February of this year to administer their own service to the Frenchman: one of a six-month ban from football. Just three weeks before, Nasri had mutually terminated his contract with Turkish club Antalyaspor, pre-empting his anti-doping punishment. There has been an understandable drought of speculation over his whereabouts since, save for one ambitious Pyramids’ scheme.

5) Hatem Ben Arfa
Without the power of foresight, Hatem Ben Arfa was perfectly justified in joining Paris Saint-Germain in summer 2016. The forward had just enjoyed the best season of his entire career, netting 18 goals in 37 games for Nice. He was one of the most sought-after free agents in the world, and a move to Paris was an undeniable step or two up the ladder. After his demise at Newcastle and Hull, the renaissance was admirable.

After 32 appearances and three trophies in his first season came the latest familiar dip in the 31-year-old’s rollercoaster career. Neymar and Kylian Mbappe arrived as competition in the same vein as a pair of hungry lions might confront an injured gazelle. Ben Arfa was dislodged so convincingly that he did not play a single minute of the 2017/18 season.

His contract came to a whimpering end this summer, and with it the speculation intensified. Borussia Dortmund were linked, as were Mexican side Tigres, while we would actually quite like him to return to the Premier League. But the most interesting proposition comes from closer to home. Spanish newspaper AS have reported an offer from amateur Pyrenees-based club U.S Castetis-Gouze, who are willing to pay £700 a month, £18 per goal and £27 to the Frenchman for getting an opponent sent off. Mike Ashley is said to have been put off by such astronomical figures.

4) Giuseppe Rossi
There is little wonder that Giuseppe Rossi has “kinda lost count” of the number of surgeries that have been required to repair, restructure and rebuild both of his knees. He tore his right anterior cruciate ligament in October 2011, exacerbated the same injury in training in April 2012, sprained his right medial collateral ligament in January 2014, and injured his medial meniscus in August of the same year. By April 2017, his left knee had grown a little jealous: it ruptured in April 2017 to consign the striker to a fifth lengthy spell on the sidelines.

It is impossible not to think what might have been. Rossi has been capped by Italy 30 times, is the top goalscorer in Villarreal’s entire history, and once came on as a substitute for David Bellion in a League Cup fifth-round tie. If he managed to scale such heights despite the constant knocks to both his physical and mental well-being, how high might his ceiling have been?

Now 31, Rossi left Genoa in May and is training with New York Red Bulls. Let’s hope their medical department is up to scratch: he has been sidelined for 1,241 of his 5,136 days as a professional footballer – or 24.1% of his entire career.

3) Anderson
Most siblings are content with taking light-hearted – and often rather literal – jabs at one another, but nothing too dangerous or damaging. Not Martin Ferguson. For it was he who advised older brother Alex to sign a player who was “better than Rooney” in early 2007. The practical joke backfired when the elder Scotsman listened to the advice, with Martin presumably laughing maniacally as he raced upstairs to lock himself in the safety of his bedroom.

Anderson would arrive at Old Trafford that summer, and 12 months later crowned a sensational debut season with a successful penalty in the Champions League final shoot-out victory over Chelsea – even if he thought he was “f***ed”.

Yet the Brazilian, then still a teenager, would never truly realise his potential. He won nine trophies in eight plodding seasons in Manchester, and started just four games for the club across his last two campaigns. He left in January 2015, was relegated from Brazil’s Série A with Internacional in 2016, then again with loan club Coritiba in 2017. He is his country’s Nigel Quashie, in every way imaginable.

2) Alex Song
Not since September 20 of last year has Alex Song kicked a ball in anger, delight or any other futile emotion. The midfielder has trained with Arsenal and Real Betis since the turn of the year, but both his short and long-term future remain points of serious and potentially costly contention.

It was reported in December that his most recent employers, Rubin Kazan, had failed to pay both his and a number of his teammates’ wages for the past four months. The president of the All-Russian Players Union later confirmed that players can “terminate their contract if their wages are delayed by more than three months”, and FIFA intervened to free Song from his contract. Then came the counter-claim: that Rubin were suing the midfielder for €40m in compensation for a breach of contract. Considering they reportedly owe Song £7.9m in wages, it is a ballsy stance.

The shame is that a talented player’s career has been cryogenically frozen, suspended in purgatory until a resolution is found. He is still only 30, was a genuine asset to West Ham two years ago, played for Barcelona four years ago and was one of the best midfielders in the Premier League for Arsenal six years ago. And just think, if you ever do sign him, you can tell everybody this is your Song.

“I’m already negotiating with many teams in England and Italy. I talked with Juventus, Roma, Napoli, Inter. He is worth €100m, but he is a free agent, so he is a bargain.”

As ever, an entire vat of salt should be taken alongside Mino Raiola’s comments from March, but the agent’s claims do at least seem to clear up the confusion over Mario Balotelli’s status. The Italian restored his reputation with a fine season in 2016/17, choosing to stay in Ligue Un and sign another one-year deal with Nice last summer. Another impressive 12 months later, his stock has rarely been higher.

At 27, Balotelli returned to Nice training two weeks after pre-season began, much to the chagrin of new manager Patrick Vieira. Jean-Pierre Rivere, president of the French club, insisted four months ago that the player “won’t leave for nothing”. But only one thing is for certain: the Italian will not go quietly. He never really does.