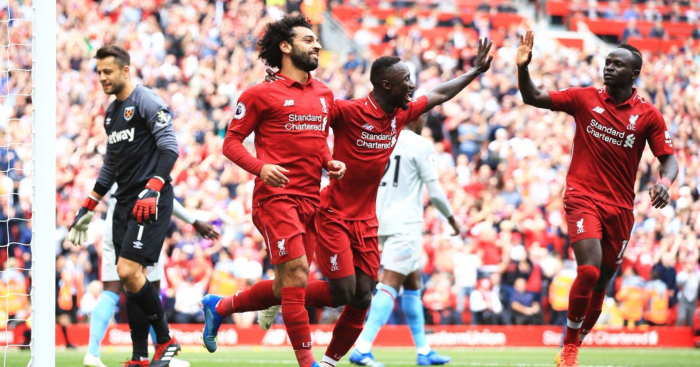 10) Everton will be this season’s entertainers
During his five-month spell at Hull City, Marco Silva managed his team to three 3-1s, two 4-0s, a 4-1, a 4-2 and a 7-1. During his five-month spell at Watford, Marco Silva managed his team to two 2-2s, a 3-3, two 4-2s, a 3-2 and a 4-1. If there is an accusation against the Portuguese, it is that his defensive organisation is often sacrificed in favour of attacking endeavour.

Everton promise to be no less entertaining, should Silva stick around. They have signed Richarlison and Bernard to join Cenk Tosun, Theo Walcott, Ademola Lookman and Yannick Bolasie. Consistency? Pah, it’s all about the unpredictability.

With Yerry Mina, Kurt Zouma and Lucas Digne exciting defenders also prone to inconsistency, Everton have a clutch of new players from whom we have little idea of what to expect. For those supporters who watched the drudgery of Everton under Allardyce last season, that’s a delightful development.

9) Southampton will be the league’s lowest scorers
Last season, Southampton ranked 17th for shooting accuracy and 18th for chance conversion, and one of the clubs below them in each list (West Brom) were relegated to the Championship. Their attack required an overhaul in the summer.

Sofiane Boufal and Dusan Tadic have left, replaced by Mohamed Elyounoussi and Stuart Armstrong. But the only new striker is Danny Ings, signed on deadline day and looking to find his feet after three years of semi-constant injury and recovery. How could it not be considered a gamble to sign a player with 604 minutes of league football since May 2015?

If Ings doesn’t work out, there aren’t many reasons to consider 2018/19 Southampton a significant upgrade on last season’s edition. Mark Hughes isn’t exactly known as a manager desperate to entertain.

8) Brighton will pay for being too different
Brighton supporters will be pleased that fellow fan David Hartrick is already lining up to give me a kicking if this one goes wrong, but the unprecedented financial might of Fulham and Wolves may make life particularly difficult for those clubs enjoying their second Premier League season. Huddersfield’s drubbing by Chelsea was hardly promising.

But Brighton suffered the most disappointing result of any Premier League team on opening weekend, failing to have a shot on target against a Watford team who nobody can accurately predict but we should expect to see in the bottom half.

“I thought we were second best in most departments,” Chris Hughton said after the game. “Watford deserved their victory and we’ve got a lot of work to do. In regards to players being up to speed we’ve got no excuses.”

With a clutch of new expansive players to come into the team, the worry for Brighton is that too much has changed over the course of this summer. Now go and beat Manchester United to make me look stupid.

7) Ruben Neves to be targeted by an elite club in January
There is no secret to Wolves’ ambitions in association with Jorge Mendes, Fosun and Gestifute. Promotion in 2017/18, consolidation in 2018/19 and a push for European football in 2019/20. They have the contacts, the finances and the momentum. It would be silly to put any ceiling on potential.

Yet the only unanswered question is what happens when Wolves’ players have their star performers targeted, rather than them doing the targeting. Does Mendes’ influence keep his clients at Molineux beyond their own ambition, or is this club now merely a stepping stone to the vast riches of the Premier League’s top four?

These are questions that may require answers a little earlier than Wolves would like. Neves’ opening weekend consisted of a magnificent free-kick, wonderful crossed assist and further evidence that his status as a Championship player last season was farcical. Keep this up, and you can expect Europe’s biggest clubs to be fluttering their eyelashes in January. Does Mendes welcome that interest, or reject it?

6) Cardiff City will finish bottom of the Premier League
Cardiff have a unique style in the Premier League. Neil Warnock looks to sacrifice possession and often bypasses central midfield with direct passes. On the opening weekend, they had the least possession of any Premier League and comfortably ranked lowest for passes attempted and passing accuracy. They were dispatched with ease by a Bournemouth side that has been tipped to struggle this season and who missed a penalty.

This attacking strategy worked very well in the Championship last season, but expecting Premier League defences to be as accommodating is highly optimistic. Play as they did against Bournemouth all season, and Cardiff won’t pick up many away points. Warnock’s team only scored 29 away goals in 23 games last season. That’s asking a lot of their defence.

With Wolves and Fulham both spending lavishly over the summer and already possessing stronger squads than Cardiff, it’s easy to assume that Cardiff are in danger of being stranded at the bottom of the table. Oh, that’s exactly what I’m assuming too.

5) Alvaro Morata will drop out of Chelsea’s starting XI
Morata started last season in excellent form, scoring six times in his first six Premier League game to alleviate concerns about his ability to flourish in English football. But he scored three times in the league between December and May, and became renowned for missing one-on-ones. If the cliche is that all is well while a striker is still getting into the right positions, that failed to hold much weight as Chelsea slumped down into fifth.

If a summer break and full pre-season could have refreshed Morata and reset his form, initial evidence is not promising. Goalless in the Community Shield and anonymous against Huddersfield, he does not offer enough outside of goalscoring to make carrying him a worthwhile exercise. There is a reason why Maurizio Sarri tried to sign Gonzalo Higuain, and it was not to play with a front two.

At Napoli, Sarri used Dries Mertens as a false nine and it is a role that Eden Hazard did play for Antonio Conte last season. How far away is Sarri from trying a similar system at Stamford Bridge?

4) Arsenal are not making the top four
Anyone left disappointed about Arsenal’s inability to cope with Manchester City on Sunday afternoon was guilty of expecting too much. After years of gradual decline under Arsene Wenger ending in eventual ignominy, it will take longer than three months for those wounds to heal. And that’s only to compete with Chelsea and Tottenham, let alone City.

Arsenal did attempt to play differently under Emery, passing out from the back at every opportunity despite the misgivings of home supporters. But that again only emphasised the size of Emery’s task. When Pep Guardiola struggled to get his defenders to play that style, he bought John Stones, Aymeric Laporte and Ederson. Emery will not enjoy that luxury.

The higher the transfer budget, the shorter the time period for a manager to reasonably be expected to address a long-term slump. Emery has already been forced to penny-pinch in comparison with all of his peers bar Mauricio Pochettino. This is a long-term work in progress, and supporters must accept that fate.

3) Pogba will last longer at Manchester United than Mourinho
A section of Manchester United supporters may care to ignore it, or cry foul at anyone who suggests it, but there has been a breakdown in the relationship between Paul Pogba and Jose Mourinho. Player thinks manager is being unsupportive; manager thinks player needs to do more to earn his praise.

Even if Pogba and Mourinho are hardly trading physical blows, history tells us that Manchester United’s manager does not deal well with having his authority questioned. This can still be a marriage of convenience, but of love?

With Mourinho unhappy at a perceived stagnation in the transfer market and with United eyeing up a director of football role, it would be interesting to see which side the club takes in any disagreement between Mourinho and Pogba. Or, to put it more bluntly, Pogba could well outlast his manager at Old Trafford.

This season, Pep Guardiola might just perfect his model. Manchester City could score more goals again, and yet share them around to such an extent that no player reaches 20. Gabriel Jesus and Aguero can share duties up front, Bernardo Silva, David Silva will do the same behind the centre forward, Leroy Sane, Raheem Sterling and Riyad Mahrez all compete for places as wingers and Kevin de Bruyne plays every game for which he is fit in central midfield.

Any or every one of those players could reach double figures, but none might make 20. That’s what happens when you have a system in which every player can do multiple roles and is comfortable in each of them. Guardiola studied the totaalvoetbal of Rinus Michels and then Johan Cruyff. You can see all the hallmarks.

1) Liverpool will be the league’s top scorers
The frightening aspect of Liverpool’s victory over West Ham is just how many promising openings they let slip thanks to early-season rustiness. They scored four times, but it could so easily have been six, seven or eight.

Last season, Jurgen Klopp’s team broke the record for the number of goals in a Champions League season, scoring 47 in 15 matches. They managed only 37 more goals in their 38 league games. But with Xherdan Shaqiri and Daniel Sturridge offering support, with neither of their three forwards participating in the World Cup’s latter stages and with Naby Keita linking midfield and attack, they could easily average 2.5 goals per league game.

Manchester City scored 106 goals last season, but Guardiola will be expected to combine domestic title with an improved Champions League campaign. That may persuade City to play at a lower intensity in the second half of the season, with games won. For Liverpool, top gear is the only gear.