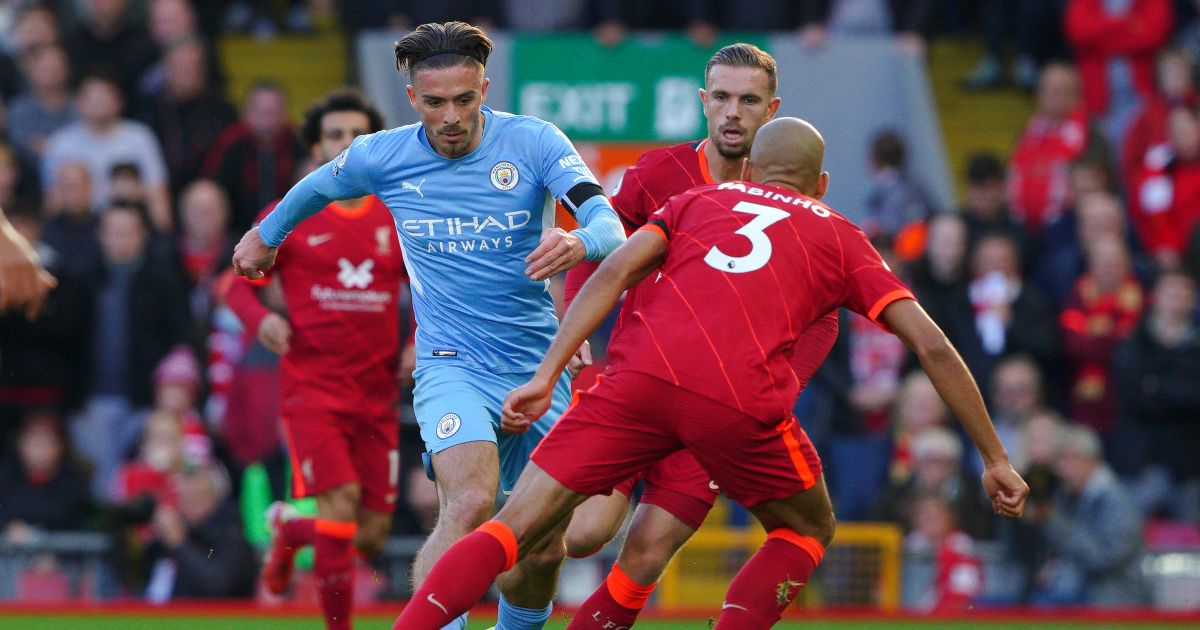 Manchester City and Liverpool players dominate the top five, with Jack Grealish top despite his headline statistics being poor.

We have taken out those who have played just a few minutes or games. These are the season leaders per 90.

10) Pascal Gross (4.14 SCA per 90)
A first Premier League assist since August came in last weekend’s defeat to Newcastle United, but that says as much about Brighton’s misfiring forwards as it does about the German, whose set-piece prowess is up there among the best in the Premier League.

9) Bukayo Saka (4.24 SCA per 90)
Tops this very specific list. Six of his goals and three of his assists have come since the start of December in a 10-game run of eight wins, one draw and a harsh defeat to Manchester City. He is really rather good.

8) Hakim Ziyech (4.32 SCA per 90)
His creativity is actually way down on last season and yet he still sits second on a creative Chelsea list this season. He was sorely missed in the Carabao Cup final after scoring in his last three Premier League appearances.

7) Martin Odegaard (4.49 SCA per 90)
Logged a ludicrous eight SCAs from open play v Watford on Sunday and two of those led to goals. This Arsenal side really is astonishingly good when in full flow, with Odegaard (23) the oldest of four players who have scored five Premier League goals.

6) Bruno Fernandes (4.52 SCA per 90)
No Premier League player has produced as many SCAs through an open-play pass this season as Fernandes, who has somehow been at his most creative in defeats to Aston Villa and Leicester under Ole Gunnar Solskjaer. He’s probably the only Manchester United player who could reasonably expect to step up from the club.

5) Mohamed Salah (4.54 SCA per 90)
He takes an awful lot of shots and rather a lot of those shots lead to other shots, but he also creates chances (for himself and others) with passes and dribbles. He has enjoyed a simply brilliant season with 19 goals and 10 assists.

4) Callum Hudson-Odoi (4.77 SCA per 90)
Another currently injured Chelsea player missed in that Carabao Cup final defeat, though his critics would point to a Premier League season with only three goal contributions. His critics probably include his manager.

2) Kevin De Bruyne (5.23 SCA per 90)
An astonishing 30 players have been credited with more Premier League assists than De Bruyne (3) this season but that simply proves that assists are no real measure. Against Manchester United on Sunday, he was simply phenomenal.

1) Jack Grealish (5.38 SCA per 90)
Everybody at Manchester City keeps telling us to ignore the headline statistics of two goals and two assists and this is why. The glory belonged to De Bruyne after the derby but Grealish was credited with nine SCAs, illustrating the wisdom of overloading the left side of City’s attack.