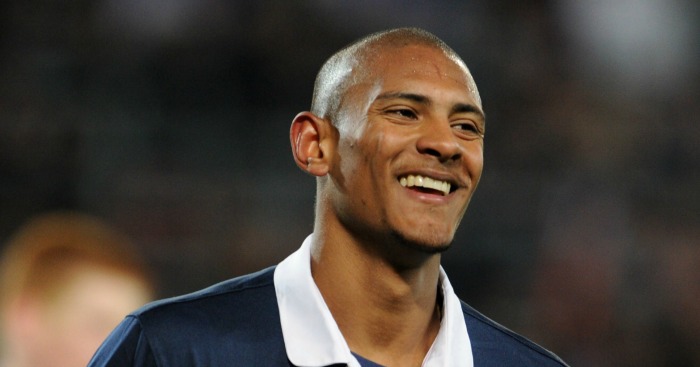 None of this lot had won their first international caps before moving for big money. Some are still waiting for international recognition…

10) Arthur (£35.5m, Gremio to Barcelona, 2018)
Barcelona paid a handsome fee for a midfielder without an international cap but Brazil were teasing Arthur for a year before he was finally given one. After making the bench for World Cup qualifiers in October 2017, the 22-year-old had to wait until after the finals in Russia before Tite felt the time was right to blood the former Gremio star in a friendly against USA last September.

Arthur has featured in all nine internationals since while settling in very nicely at the Nou Camp, starting half of Barca’s La Liga matches this term. He wears Andres Iniesta’s number but more closely resembles Xavi, as the Barca legend admits. “I see myself when I see Arthur on television,” Xavi said last year. “He has the Barca DNA. You can already tell by the way he plays, how he moves the ball, the way he thinks, how he makes his turns, he is a very quick thinker.”

Roma might be thinking they had a lucky escape, having been waiting at the airport a year ago to welcome the winger from Bordeaux, only for Malcom to stand them up and head to Barca instead. Once there, he struggled to make an impact. It seemed likely he would be shipped out on loan in January after managing less than 100 La Liga minutes prior to the winter break. But the 22-year-old was trusted with more game time towards the end of the season when the title was all-but won and Barca’s Champions League campaign had derailed spectacularly at Liverpool. That’s not to say Barca won’t cut their losses this summer.

😍 What a start for Barça, and what a start for MALCOM! One goal and one assist so far, in his first start since 6 February. 🇧🇷 pic.twitter.com/bpSPYAsFck

8) Vinicius Junior (£39.6m, Flamengo to Real Madrid, 2016)
Real agreed to pay a sodding fortune for Vinicius when he was just 16 but the forward did not move to the Bernabeu until his 18th birthday. I spent mine in a state on Veronica’s Strip in Tenerife. Which is kinda similar if you stop to really think about it…

In his first season at the Bernabeu, Vinicius offered three goals and 12 assists in 31 appearances in all competitions. That wasn’t enough to earn a senior Brazil call-up for the Copa America this summer, while Zinedine Zidane is reportedly considering loaning out the teenager next season.

7) Rodrygo Goes (£40m, Santos to Real Madrid, 2019)
Real did a similar deal for Rodrygo last summer, when it was agreed they would pay around £40million for the teenager before leaving him at Santos for another year.

After Rodrygo said his goodbyes to his boyhood club this week, Santos coach Jorge Sampaoli had a warning for anyone expecting the youngster to make an immediate impact at Real.”Rodrygo is going to one of the best teams in the world at a very young age and there will be a very big contrast when he arrives at Real Madrid as he will share a dressing room with players who are very successful and who are icons in Europe,” the former Argentina coach said. “At the beginning, it will be very difficult for him but he has the potential.”

6) Richarlison (£40m, Watford to Everton, 2018)
If, a year on, either club stops to reflect upon their deal which took the Brazilian to Goodison Park, both clubs might feel their got the better end of it.

5) Alex Teixeira (£42.5m, Shakhtar Donetsk to Jiangsu Suning, 2016)
After hitting 22 goals in 15 games for Shakhtar, Alex Teixeira looked all set for a move to Liverpool in January 2016. But the Reds baulked at a £38m asking price which back then would have been a record deal for the Reds. Jiangsu Suning coughed up the cash in February and off Teixeira went to China.

Three and a half years later, the 29-year-old is still there, having netted 50 goals in 109 matches. Three years after their ‘windy proposal’ Liverpool were tenuously linked with Teixeira again in January.

The Martial deal cost United £36million up front but Monaco president Vadim Vasilyev explained at the time: “The price for Martial is £57.6million but take into account this sum includes bonuses, which are very realistic.” And that was before the pound went to rat sh*t against the euro.

United had to fork out £8.7million after Martial’s equaliser against Newcastle last October took his tally to 25 Premier League goals. But the other two add-ons went unpaid. Monaco would’ve been due the same amount again if, before the end of last season, Martial played 25 games for France – he’s managed 18 – and was nominated for the Ballon d’Or. Which would have been some achievement from the United bench.

3) Sebastien Haller (£45million, Eintracht Frankfurt to West Ham United, 2019)
A goal every other game in the Eredivisie has been followed by a record not far short in the Bundesliga. If Sebastien Haller can repeat those kind of scoring records in London and score 15 or more Premier League goals, he will be the first to reach that total for the Hammers since Paolo Di Canio back in 1999/2000; he will be an instant hero. His statistics certainly suggest that he could be a prolific scorer in the English top flight. Will it earn him a French call-up? His 13 goals in 20 France Under-21 games suggest that they will know all about him.

2) Aaron Wan-Bissaka (£50million, Crystal Palace to Manchester United, 2019)
The £45million fee with a further £5million due in add-ons is enough to make Wan-Bissaka many things, including the most expensive uncapped Englishman, but not the priciest uncapped player in world football…

1) Aymeric Laporte (£57m, Athletic Bilbao to Manchester City, 2018)
The absence of a France cap among Laporte’s belongings when he packed in Bilbao for his move to Manchester was an eyebrow-raiser. His continued exile from Deschamps squad is just weird.

Is it because France have an abundance of left-sided centre-backs? Maybe Deschamps prefers a more physical presence? Or perhaps Laporte’s dalliance with Spain is being held against him. Regardless, it is becoming harder not to sympathise with the 25-year-old’s assertion that it must be personal given Lenglet, Mamadou Sakho, Presnel Kimpembe, Adil Rami and Eliaquim Mangala – Eliaquim f*cking Mangala! – have all been called up ahead of the Treble winner.