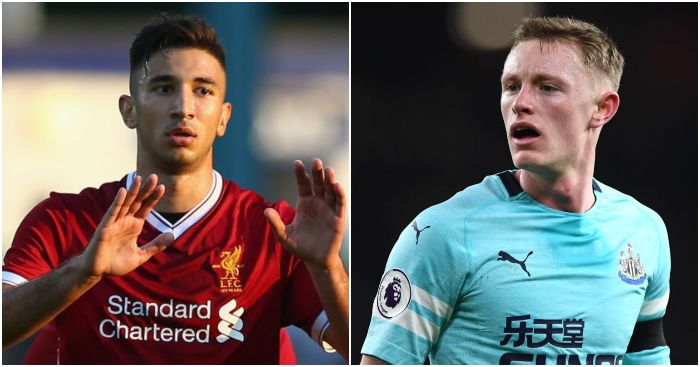 Please read this before you get angry: describing these valuations as ‘ridiculous’ is not to say the prospective selling club is being unreasonable, that the buying club is stupid or the player involved is sh*te. It is simply an observation as to how completely meaningless transfer fees have become.

10) Tyrone Mings (£20m)
When Bournemouth manager Eddie Howe celebrated Premier League promotion by “signing a player of huge potential” in 2015, he could hardly have predicted the path Tyrone Mings would follow over the next four years. This past season was the first in which the defender reached double figures for appearances since he left Ipswich in 2015 – and 18 of his 25 games came during a fine four-month loan at Aston Villa.

A serious knee injury meant he played just twice in his first season. The aftershock saw him feature only nine times the following campaign. Back problems restricted Mings to five matches in 2017/18, before a handful of forgettable games in the first half of last season. The only indelible mark he has left on the Premier League thus far was on Zlatan Ibrahimovic’s head.

Bournemouth signed a solid Championship left-back for £8m in 2015, and are selling a solid Championship centre-half for an initial £20m in 2019. They effectively bought a decent car, grew frustrated with it breaking down, allowed it to gather dust in the garage, let someone else take it out for a spin and could end up trebling their money for their (lack of) efforts. Villa and Mings can drive off into the sunset pretty delighted with their lot, too.

9) Ryan Sessegnon (£40m)
His stock had never been higher. At the end of 2017/18, Ryan Sessegnon was being touted for a place in England’s World Cup squad. The first Championship player to ever be nominated for the PFA Young Player of the Year award, the 18-year-old had inspired Fulham to promotion and earned a multitude of admiring glances.

A £40m valuation seemed reasonable then, perhaps even modest. But an underwhelming debut Premier League season, combined with both Fulham’s need to rebuild after relegation and the fact that a single year remains on his contract, means Sessegnon’s share price ought to have fallen. Tottenham’s refusal to go above £25m – and the lack of genuine competition to sign him – reflects how some of his lustre has worn off.

8) Marcos Rojo (£25m)
‘Manchester United are struggling to find a buyer for Marcos Rojo after placing a valuation of £25million on the Argentina international,’ read the first paragraph of one newspaper story this week. It’s almost as if not everyone will be fooled if you sprinkle glitter and tie a ribbon on a steaming turd.

If United wish to encourage any meaningful interest, expectation might have to be tempered to fit with reality. A 29-year-old who has started one game in six months under the current manager ought to have been the first of many a sacrificial squad lamb offered by Ole Gunnar Solskjaer at the end of last season. His entire United tenure has been a long metaphor for standing still – or sprinting at full speed into an unnecessary tackle with your studs up. But five years of mediocrity has seen his initial fee rise by over 50 per cent. United’s fifth-choice centre-half has never been lower in the pecking order for club and country, and rarely higher in terms of reported value.

7) Adam Webster (£30m)
The biggest fee a Championship club has ever received was the £30m Tottenham handed over to Newcastle for Moussa Sissoko in 2016. The figures involved in that deal were mocked and derided; only recently has the Frenchman justified such an exorbitant cost.

Yet this was a player with vast Ligue Un experience and two and a half seasons of Premier League football to his name, a seasoned France international who had been one of his country’s most influential forces in reaching the Euro 2016 final that summer. That the deal was reached on deadline day only inflated the final number.

The only premier division Adam Webster has graced is the Conference with Aldershot five years ago. His last game for the national team came with England’s U19s six years ago. His major international tournament experience is, with all due respect, limited to his latest self-indulgent Football Manager save. Bristol City are well within their rights to quote a record-equalling £30m for their current Player of the Year. But such a fee would mean the Rio Ferdinand-levelling joint-11th most expensive centre-half in Premier League history has never played in any top flight – although he would still be better than fifth-placed Shkodran Mustafi.

6) Marko Grujic (£34.7m)
As Liverpool edged closer to bringing in what remains their most recent loanee during the 2016 January transfer window, Jurgen Klopp came to the belated realisation that Steven Caulker could not possibly go down on record as his first signing on Merseyside. So six days before the centre-half turned centre-forward was parachuted in from QPR, the unheralded Marko Grujic was purchased from Red Star Belgrade for just over £5m and sent straight back.

His last appearance for the European champions came in December 2017, while his 52 career Premier League minutes have been stretched over 14 games. Yet productive spells on loan at Cardiff and Hertha Berlin – where he will return next season – has left Jurgen Klopp ‘impressed’ and Grujic worth almost seven times as much as he was three years ago. Liverpool have only ever sold four players for more than his reported £34.7m fee; Xabi Alonso was offloaded to Real Madrid for less.

5) Harry Maguire (£100m)
Quite why it took such a drastic measure as Liverpool signing the clearly excellent Virgil van Dijk for £75m to help other clubs realise the importance of investing in an elite centre-half is a mystery. That the 11 most expensive transfers in history featured forwards or midfielders – and the only defensive representation in the top 24 is courtesy of Van Dijk, Kepa Arrizabalaga and Theo Hernandez – tells its own story.

Maguire is perhaps the archetypal example of the Virgil inflation. He has three years of Premier League experience, but one relegation. He is a World Cup semi-finalist, but must shoulder a semblance of blame for England’s defensive frailties. The four years left on his Leicester contract understandably boost his value, but his weekly wage of around £80,000 pales in comparison to Jesse Lingard’s earnings. The arguments for an official valuation of ‘more than £75m’ easily outweigh the counter arguments, but it is still difficult to countenance.

‘Palace hold all the cards. Arsenal, as ever, are bluffing. They cannot hope to bulldoze their way through this one without permission. They could spend the whole summer as the boy who cried Wilf; Palace will happily ignore them.’

The above still stands – this is Crystal Palace’s fight to dictate – but the £120m they are said to be demanding from Arsenal is most certainly ‘eyewatering’. But therein lies the point: it is meant to be a ridiculous valuation. It is a challenge, not a request. They know that the only party with a genuine interest in Zaha has a budget of £40m, they do not wish to sell him under any circumstance, and so they have valued him at three times as much as Arsenal can afford.

To repeat: ‘It is as much Palace sticking their middle finger up in the general direction of north London as it is a genuine valuation, a warning rather than a demand.’ Make him the fourth most expensive player of all time or piss off.

There was a time when matching such a demand would have represented something of a sound investment. The midfielder ended the 2017/18 Serie A season having outscored all but eight players as a 23-year-old often deployed in a relatively reserved central midfield role. The World Cup was to provide him the perfect stage to prosper and propel himself into the football stratosphere.

Rather than a continuation of a promising journey, the onset of his troubles can be traced back to Russia. Starting all three games as Serbia were knocked out at the group stage, Milinkovic-Savic went on to score seven goals and assist three in 41 matches in all competitions for his club. A season in which a section of the Stadio Olimpico described him as one of their ‘fake talents only hunting cash’ ended with a decisive goal in the Coppa Italia final – but even that was from the bench.

2) Sean Longstaff (at least £50m)
In June 2018, the Newcastle Chronicle reported that Sean Longstaff was expected to join Portsmouth on loan. The midfielder had impressed in previous spells at Blackpool and Kilmarnock, with Kenny Jackett’s League One promotion hopefuls reaching ‘an agreement in principle’ to sign him. Yet to make a single Newcastle first-team match-day squad in any competition, this was Longstaff’s latest opportunity to prove his aptitude.

Rafael Benitez’s decision to veto the move based on his pre-season performances was the butterfly flapping its wings; the suggestion from some that Newcastle will hold out for more than £50m based on eight Premier League starts 12 months later is the tornado. Their predictable inability to sign a midfielder, the continued uncertainty over Isaac Hayden’s future and injuries to Jonjo Shelvey and Mo Diame created a perfect storm for an eminently inexperienced 21-year-old to become the expensive answer to a question no-one but Manchester United is asking.

1) Neymar (£446m)
“Neymar can leave PSG,” said sporting director Leonardo on Monday, “if there is an offer that suits everyone.” And there is the colossal obstacle looming over any potential move for the world’s current most expensive player. The €222m he cost in 2017 was ridiculous; the request for €500m two years, two titles, two Champions League last-16 exits, countless controversies and one unresolved rape allegation later is preposterous.

The Brazilian has missed more Ligue Un games (39) than he has played (37), featuring in one of four possible Champions League knockout fixtures. The promise to “conquer the titles that their fans want” Neymar made at his unveiling has been unfulfilled, much like their entire relationship. PSG need to cut ties; Neymar has to remember how to become a footballer again. And any potential suitor has to rob about 427 banks to make it happen.