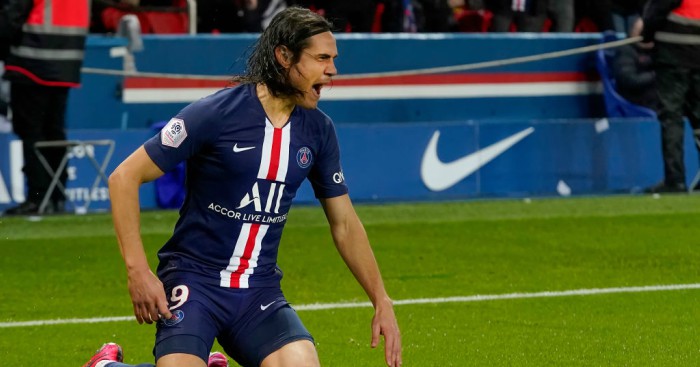 10) David Silva (Manchester City)
The best Premier League player of the last decade (not a discussion but a fact) ends a glorious ten years with Manchester City this summer and is said to be in talks about a return to Valencia to end his career there. We shall miss him.

9) Charles Aranguiz (Bayer Leverkusen)
The Chilean central midfielder was linked with Bayern Munich last week but now the smart money is on him signing a new contract in Leverkusen. You may remember his name because he turned down Leicester in 2015 because “between Leverkusen and Leicester, the best is Leverkusen; they’re a bigger team”. We all know how that particular story ended.

8) Layvin Kurzawa (PSG)
Reports have claimed that Kurzawa is an Arsenal player in all but name – despite interest from Barcelona and Juventus – which baffles those of us who remember that they did actually sign a left-back last summer and their current (converted) left-back is pretty damn fine.

So looks like we’ve got another leftback? So now we have Kurzawa, Kolasinac, Tierney and Saka. Okay. That’s a lot of leftbacks Arsenal even though Saka is really a winger #Kurzawa is Kolasinac leaving?

7) Artem Dzyuba (Zenit St Petersburg)
He is 31 and has never played outside of Russia but the giant striker has some even bigger ideas. “Ever since I was little, I have been a fan of Real Madrid. If they let me choose, I would play there,” he said. Unfortunately for Dzyuba, they will not let him choose and he is likely to end up in Italy or at Tottenham. Life is not fair.

6) Jan Vertonghen (Tottenham)
Surely a prime candidate for a last hurrah at Newcastle if the takeover goes through (especially if Mauricio Pochettino is somehow recruited) but right now, Italy seems the likeliest destination for the Belgian, with Inter Milan likely to offer the usual home for Premier League players slightly past their best.

5) Ryan Fraser (Bournemouth)
The Scot has been mentioned as a possible target for Newcastle, but that was before the club was about to fall into a massive pit of money. The more persistent link is with Arsenal, who are still said to be interested in the winger despite a pretty poor season in a rotten Bournemouth campaign.

Ryan Fraser is 26, Premier League proven and available on a free transfer. He’s not a big name, but he could add valuable depth and experience to Arsenal, and free up funds to invest defensively and in centre mid. Arteta will need to be clever with his budget this summer. #afc pic.twitter.com/lrlvwhQrjg

4) Edinson Cavani (PSG)
He has scored a nice, neat 200 goals for the French club in 301 appearances but the Uruguayan is now surplus to requirements. After almost joining Atletico Madrid in January – after links with Manchester United and Chelsea came to nought – he is now being lined up for a mouth-watering (for us, not him) move to Newcastle.

3) Dries Mertens (Napoli)
Also linked with Manchester United and Chelsea in January but now pursued by the newly big-balled Newcastle is the Belgian who will end seven years in Napoli this summer. Inter, Juventus and Chelsea are all said to be interested, but Mertens has always wanted to play with Paul Dummett so…

2) Willian (Chelsea)
The other rather famous man reported to be on Newcastle’s shortlist has previously been linked with Spurs, Arsenal, Barcelona and Juventus. He wanted to stay at Chelsea but the Blues refused to offer the 31-year-old a three-year deal. Presumably he will encounter no such opposition at Newcastle.

1) Thomas Meunier (PSG)
Astonishingly not linked with Newcastle – likely because they have Javier Manquillo – is a Belgian right-back who is reportedly being courted by Manchester United, Tottenham and Chelsea but would prefer to head to Germany and play for either Bayern Munich or Borussia Dortmund.