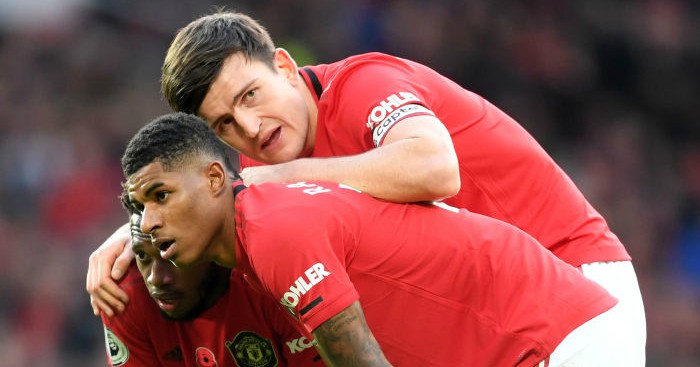 Gareth Southgate is said to be worried about Harry Maguire and Manchester United’s over-reliance on him. But there are other players who are playing more football – for club and country this season.

We have only included players in the first tier of leagues, so no James Tavernier and Connor Goldson, who would actually top this list if we included the Scottish Premiership…

Undisputed No. 1 for both Bournemouth and England’s Under-21s this season, Ramsdale is one of the Premier League’s breakthrough players of the season at just 21. If he played outfield you would be worried about burn-out.

Sancho has actually missed club games though suspension and injury – and has played barely half the possible minutes for England – and yet that is still a lot of football for a (very good) 19-year-old.

Just be careful, Frank. Mount is just 20 and has started 15 of 16 Premier League and Champions League games. With no goals in his last six starts, it might be time for a breather.

People are slowly realising how poor Mason Mount is in the role of a midfielder. His creativity is poor and his influence on a game is often quite low. Better off playing as a second striker or inverted winger with his qualities. Will be at Everton or West Ham in a few years.

When you sell Romelu Lukaku and Alexis Sanchez in one summer – and then Anthony Martial gets injured – there is no time for a rest. Now with Martial back, Marcus Rashford is in fine form; his record of nine goals from 17 United games is truly impressive in a poor side.

Liverpool’s lack of full-back cover means that TAA has played every single Premier League minute and three of four Champions League games (did he really need to face Genk last week?). Add in some glorified friendlies and the boy is working very hard indeed. Is that one reason for Gareth Southgate’s reluctance to play him?

Ill for the rotten 1-1 draw with Everton, Harry Kane has barely missed another minute for either club or country this season. History suggests he is just about due an ankle injury.

I have to say I saw clips of Harry Kane 2 maybe 3 years ago, he is not the same the player he was, he’ll always score goals don’t get me wrong but that edge he once had for me has gone, seems slower and don’t attack the ball much in the box like he use too.

No wonder Gareth Southgate is supposedly worried; Solskjaer has picked Maguire and played him for 90 minutes in every Premier League game this season and has added two Europa League and a Carabao Cup clash in the last month. Solskjaer might argue that this is exactly why his club paid £80m for his services.

Poor Jonas Lossl. Jordan Pickford has not missed a single minute for club or country this season, even facing Lincoln City in the second round of the Carabao Cup.

What we do know is that he is about to get a rest this week. Maybe the tiredness got to him when he decided to grab his England teammate Joe Gomez by the neck. He will have to wait to add to his 17 goals for club and country this season.

He has played every single sodding minute of Wolves’ 22 Premier League and Europa League games this season – which started in July. He and indeed Wolves have not lost in either of those competitions since September. Maybe not calling him up to the England squad is an act of mercy.

📊 Conor Coady makes his 300th club career app, his 200th for @Wolves – has started the club’s last 84 league games. He has made more recoveries (325) than any defender in PL since the start of last season pic.twitter.com/uonPuTWryy