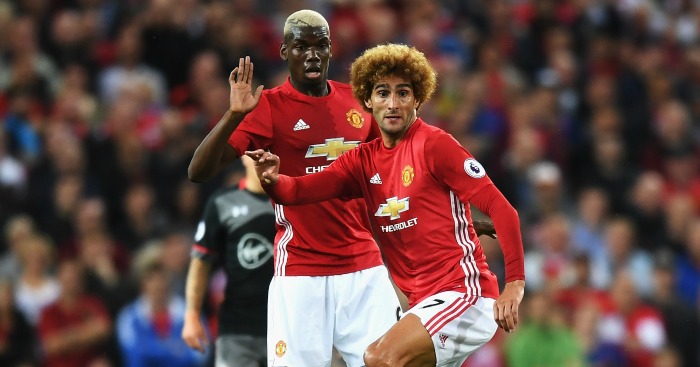 10) James Collins (West Ham)
We scratched our heads when we heard about it, we scratched our heads when it happened and we’re still scratching our heads now. West Ham’s decision to sell James Tomkins for £10m this summer was utterly baffling. At 27 he’s hardly over the hill and, given the fees for central defenders at a time when decent ones are hard to find, West Ham sold themselves short.

West Ham instead spent their money on attacking players to supplement a squad that had already scored enough goals but conceded too many. While that might have cost them dear, one player isn’t bothered. Having started 16 league games in the whole of last season, Collins has been pushed up the pecking order by Tomkins’ departure. He’s already on seven starts this season.

This time last year: Had just started his third game of the season.

9) Junior Stanislas (Bournemouth)
Stanislas has now started as many league games this season as during Bournemouth’s promotion-winning campaign in 2014/15. He has bucked the trend by somehow becoming more useful in a higher tier.

Stanislas’ return to the Premier League after a four-year absence didn’t start brilliantly, however. Last season he started only 17 league games and was substituted in seven of them, with three goals and two assists return.

That’s exactly the same total as he has managed this season already. After a fall from grace following lofty predictions of stardom during Stanislas’ West Ham days, you’ve got to be happy for him.

This time last year: One Premier League start, in the 3-1 defeat at Norwich City during which he was substituted after 57 minutes.

8) Kevin Mirallas (Everton)
It’s hardly surprising that Mirallas fell out of favour at Everton under Roberto Martinez. In May 2015, the Belgian accused his manager of breaking promises about letting him leave.

“Borussia Dortmund and Atletico Madrid were interested, but Everton obliged me to stay at the club. I wanted to go because our young group performed below expectations. But I had to stay, but in the second half I was suddenly playing less games. There are promises broken and that makes for a somewhat awkward relationship with the coach.”

Still, Mirallas did stay at Goodison, starting fewer games than Arouna Kone and Bryan Oviedo last season. With Martinez gone (but now in charge of Mirallas’ Belgium) and Ronald Koeman in place, Mirallas has started eight of Everton’s 11 matches. Welcome in from the cold, Kev. Make sure to wipe your feet.

This time last year: One league start, and that on the opening day. A second wouldn’t follow until Boxing Day.

7) Joe Ledley (Crystal Palace)
Joe Allen wasn’t the only midfielder reinvigorated by Wales’ stunning run to the European Championship semi-finals. While Hal Robson-Kanu got himself a Premier League club, Joe Ledley’s performances in France allowed him to be given a second chance at Crystal Palace.

Before the summer, Ledley’s time at Selhurst Park looked nigh. He was on the bench for 23 of Palace’s 38 league games last season.. On the 11 occasions he did start, Ledley was substituted seven times. Just not sexy enough for Alan Pardew?

Post-Euro 2016, Pardew has seen the light. Ledley has started eight of Palace’s 11 league games. He’s still regularly the first player substituted, but has already played almost 60% of his league minutes in 2015/16.

This time last year: Left unused on the bench as a central midfield of Yohan Cabaye and James McArthur helped Palace to a 2-1 win at Anfield.

6) Oriol Romeu (Southampton)
It’s a statistic nicked from Sarah Winterburn’s excellent recent piece, but Southampton’s starting XI against Manchester City contained just one new signing (Redmond) but six more who started 20 or fewer games for Southampton last season. Claude Puel’s response to losing more players over the summer wasn’t to splurge on fresh ingredients but to see what was in the back of the cupboard.

In that cupboard he found a dusty Oriol Romeu, next to the pack of gravy granules and orange jelly cubes. Romeu was left unused on the bench more often than he started for Southampton last season, but the departure of Victor Wanyama has seen him rise to the fore. From easily forgotten spare part, Romeu is now a permanent fixture. He has started every Premier League game.

This time last year: Watching the 1-0 away win at Sunderland while getting splinters. After a spell in the team during August and September, Romeu failed to start a league game between October 3 and November 28.

5) Marouane Fellaini (Manchester United)
It hardly came as any great surprise when Marouane Fellaini insisted that every member of Manchester United’s squad was behind Jose Mourinho. The Belgian’s claim may well have been accurate, but there were reasons for his statement. Despite fears that the arrival of Paul Pogba would (finally?) see Fellaini move further to fringes of the first-team squad, the opposite has happened. Fellaini has become Mourinho’s teacher’s pet.

This time last year: Twiddling his thumbs after being left out in the cold by Louis van Gaal. Fellaini’s second league start of the season came on December 5, a 0-0 home draw with West Ham.

“He came to see me and said he needed my help, and I said: OK, always my door is open. He is a quiet person, a nice person. After the Olympic Games his idea was to leave to go to Germany. But one thing is what the player wants, and the other thing is the club’s decision. In his mind, he would like to move but in the end he accepted the decision to stay and fight for his position.”

Those are the words of Mauricio Pochettino discussing Heung-Min Son’s Tottenham future. You suspect that both manager and player are pleased with the decision made in July. Son has been a revelation.

The South Korean admits that he has been shocked by his second-season form in England, after struggling to settle in the country during his first 12 months at Tottenham. Son has already equalled his goals total from last season and has played comfortably more than half as many minutes.

“I wanted to ask him to play more,” Son says. “This is true, every player wants to play games. The gaffer gave me a chance and I am very grateful to him.” All’s well that ends well.

3) Victor Moses (Chelsea)
Widely mocked (yes, by me too) for signing a new contract at Chelsea before moving to West Ham, Moses looked to be suffering from footballing Stockholm syndrome, unable to leave the hold of his captors for good. That didn’t look like changing when Antonio Conte arrived in July, but the transformation since has been remarkable.

Before this season, Moses’ last league minutes for Chelsea came in the final 24 minutes of the 2012/13 season, a substitute during a 2-1 win over Everton that saw Chelsea cement their hold on third place under Rafa Benitez. Three-and-a-half years later, Moses’ path has been as unexpected at Benitez’s.

Conte’s shift from 4-2-3-1 to 3-4-3 after the defeat at Arsenal made Branislav Ivanovic unfit for purpose and required Cesar Azpilicueta in a central role. That opening allowed Moses to start against Hull City, and he hasn’t looked back.

This time last year: Starting on the right of an attacking three behind Andy Carroll for West Ham at Upton Park against Roberto Martinez’s Everton. A lot has changed in that sentence since.

2) Roberto Firmino (Liverpool)
Now we’ve gently mocked the Daily Telegraph’s inclusion of Firmino in their ‘worst signings from the summer 2015 window’ list in January 2016 plenty of times, but there is no doubt that the Brazilian was struggling to settle at the beginning of November. This time last year he was yet to score his first Premier league goal, with Brendan Rodgers using him as a right midfielder before he sustained a back injury.

Every Liverpool player has improved under Jurgen Klopp, but none have been revitalised quite like Firmino. He ended last season with ten league goals, nine of which were scored after January, and has already scored or assisted eight this season. Out-of-position right midfielder has become false nine par excellence.

This time last year: Left on the bench as Liverpool lost at home to Crystal Palace.

1) Alex Iwobi (Arsenal)
Every list is inspired by a particular player. Alex Iwobi spoke in September about just how close he came to leaving Arsenal.

“I was almost released at 14, again at 16 and just about got a professional contract after that. Especially at 14, I thought I was very close to not making it.We usually found out in December who might be kept on but I kept on getting the question ‘is he good enough?’ So they extended it to see if I could do something and it went to March and then April. Luckily I did enough. At 16, there were a lot of good players, a few internationals in the team at a young age so it was difficult for me to stand out in the games.”

Not a bit of it. Still just 20, Iwobi has not just been given fleeting chances to shine, but a steady run in the side. The form has plateaued after an exciting beginning, but the Nigerian is still holding down a first-team place. Iwobi playing more minutes than Alex Oxlade-Chamberlain is a show of faith in one of them and a whopping great hint to the other.

This time last year: Had just been left on the bench for the north London derby after making his senior league debut the week before.