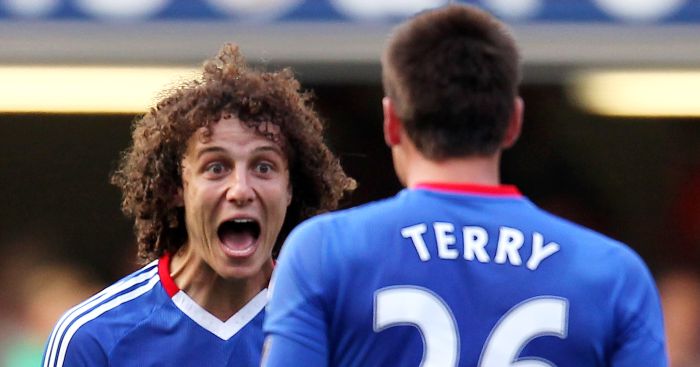 Now the transfer window is over, which players are we excited to watch who have not yet, or, at the very best, barely played this season? This lot, that’s who…

10. Loris Karius (Liverpool)
It’s fair to say that Liverpool’s new goalkeeper is a confident boy, discussing as early as July about his intentions to relegate Simon Mignolet to the bench as soon as possible. A broken hand has kept the German out until now, but Karius believes that he is closing in on full fitness.

“Probably the reason I am here is because the manager thinks I’ll fit into the style of play,” Karius said on Sunday. “Of course, he tells me his ideas and I don’t think we’re far off, so I think I’m good.”

There are plenty of examples of young, imported goalkeepers taking their time to acclimatise in the Premier League, but Karius must hit the ground running to usurp Mignolet. There is something fascinating about watching two goalkeepers vie for one position, when the difference between success and failure is as great as playing 38 league games a season and none. Every action and inaction by Mignolet and Karius will be analysed intensely.

9. Sofiane Boufal (Southampton)
Having signed, developed and subsequently sold Nathaniel Clyne, Dejan Lovren, Sadio Mane and Morgan Schneiderlin, Southampton are slowly improving the talent pool in which they initially fish. Breaking the club’s record transfer fee when he arrived from Lille for £16m, Boufal is a potential game changer.

At the end of a summer that threatened to hamper improvement, Boufal’s arrival provided a sweet aftertaste. Wanted by plenty of clubs across Europe, the Moroccan is the latest player to bank on St Mary’s as the ideal stepping stone to an elite club.

“He can make the difference,” says Claude Puel. “He can beat two or three players in small spaces. This is important. We have a good collective, and he has good qualities at dribbling and he can score also and give assists.”

Boufal also adds to Southampton’s versatility in attack, with Nathan Redmond and Dusan Tadic joining him in a fluid three behind an attacker. Click, and this could be sexy.

8. Islam Slimani (Leicester City)
Before July, Leicester had never paid more than £10m for a player. In the two months since they have done so on three occasions, but it is Slimani that is the most glamorous addition to Claudio Ranieri’s squad. His transfer fee alone was greater than Leicester’s entire spend between 2008 and 2013. That’s what winning the title will do.

Slimani was linked with moves to clubs ranging from Arsenal and Napoli to West Brom and Aston Villa, and there is no doubt the move constitutes a gamble. The Algerian is 28 and has only once scored more than 12 goals in a league season. A fee of close to £30m reflects Leicester’s full pockets and the manager’s desire to beef up his squad in preparation for Champions League football. A bid of £20m very quickly became one which should rise to £29.7m in the last days of the window.

Yet Ranieri believes he will be the perfect target man to allow Jamie Vardy and Ahmed Musa to flourish in partnerships. We’re about to see whether his goalscoring exploits of last season were the exception or the new rule.

“Arsenal were my favourite club when I was young and my idol was Patrick Vieira. I have always loved this club and I still love them” – Sissoko, December 2014.

“The transfer market is open, so things can happen any day, but I am focused on Newcastle. If anything should happen, it will. I hope I’ll leave for a bigger club one day, but I don’t know when. England is my priority. If [Arsène] Wenger calls, I’ll have a man-to-man discussion with him and then we’ll see. Arsenal has always been the club of my heart” – Sissoko, January 2015.

“Arsenal made me dream when I was a youngster. Patrick Vieira was my idol. I saw myself in him” – Sissoko, February 2015.

“It is very flattering. Arsenal is one of the best European teams. To be watched by that sort of club, that proves that you are a quality player. Everyone knows, I often said it when I was young, Arsenal is the club of my heart, because there were quite a few French players there like Thierry Henry, Robert Pires, Sylvain Wiltord, Patrick Vieira who was my idol. The beautiful Arsenal. We will see” – Sissoko, June 2016.

What could be more fun than watching a self-professed Arsenal lover trying to impress a group of Tottenham supporters that are largely disappointed by his £30m signing?

6. Dimitri Payet (West Ham United)
The only non-new signing on this list, but any Premier League weekend during which Payet does not feature cannot be recorded as a success. Following his exploits with France this summer, West Ham did brilliantly to nip any potential transfer saga in the bud. Now begins the extended process of persuading Payet that he made the right call.

Given West Ham’s outrageous injury problems in attack, there is also the distinct possibility of Slaven Bilic choosing to pick four attacking midfielders and telling them to play as they see fit. The thought of Payet, Manuel Lanzini, Sofiane Feghouli and Gokhan Tore all interchanging at will is intriguing enough for me to demand all are match-fit immediately.

5. Lucas Perez (Arsenal)
Despite Perez’s own claims that Arsenal had been interested in him for months, let us not pretend that this was not a panic buy. Having missed out on other transfer targets and with the boos of supporters ringing in his ears, Arsene Wenger went for the fourth or fifth name on his initial striker list.

Yet panic buy does not necessarily mean transfer flop. Sure, some are: Roman Pavlyuchenko, Andy Carroll and Benjani all largely stunk the place out. Plus Arsenal know only too well the dangers, with Park Chu-Young, Andre Santos, Sebastien Squillaci all constituting woeful late rolls of the dice. But it doesn’t have to go wrong.

It would be wrong to believe that Perez will start games immediately, and we can’t quite believe that he turns 28 this weekend, but maybe this one will work out ok. If the Spaniard can replicate his finishing of last season whilst being serviced by a glittering array of passing midfielders, then why can’t he prove useful? Why can’t he justify a value that rose 1,400% in a year? Why can’t he provide the goals that win Arsenal the title?

Do I sound like I’ve convinced myself yet? No? Ah well.

4. David Luiz (Chelsea)
Having missed deadline day (I’m refusing to capitalise those words as if it is a matter of national f**king importance) through being on holiday and forcibly removing myself from the football bubble, I’m still catching a glimpse of David Luiz’s name in Chelsea’s squad list before re-remembering and smiling. It’s good to have him back.

There is no doubt that Luiz was fourth or even fifth on Antonio Conte’s list of defenders, nor too that he hardly fits the Conte central defensive blueprint to which Leonardo Bonucci and Giorgio Chiellini subscribed so wonderfully. But as neutrals, who cares about the doubts? We get to watch everyone’s favourite Brazilian sad clown in the Premier League again.

With the arrival of Marcos Alonso, there is also the possibility of a three-man central defence at Chelsea, with John Terry and Gary Cahill the rocks, and Luiz stepping up with the ball into midfield to join N’Golo Kante, leaving Alonso and Cesar Azpilicueta at wing-backs and Branislav Ivanovic and Kurt Zouma as back-ups in the centre. That sounds quite lovely, actually.

3. Leroy Sane (Manchester City)
Manchester City signed six players for fees greater than £10m this summer, but only two (John Stones and Nolito) have so far appeared. With Claudio Bravo and Ilkay Gundogan both likely to be quietly effective, it’s left to Sane to supply the tingles. This is the fourth most expensive signing in Europe in 2016, remember.

The beauty for Pep Guardiola is that he gets to bed in these new signings perfectly. Gundogan can share the holding role with Fernandinho until truly established, while Sane, Sterling and Nolito can fill two positions on a rotational basis. The beauty for Sane is that he only needs to cross the ball at a level above abysmal to provide more enjoyment to supporters than Jesus Navas.

“He is a special talent, and an exciting player that I think our supporters will enjoy watching,” said Guardiola after the signing was confirmed. “He has great technical ability, is comfortable on the ball and there is much to admire about the way he plays football. He is fast, enjoys creating chances for others, works hard for the team and scores goals, too. He also has a very positive attitude.” Yeah, but apart from that.

2. Jack Wilshere (Bournemouth)
The perfect opportunity to revitalise a career at an elite club, or the halfway house on the road to permanent decline? The answer to that question probably depends on your loyalty to Arsenal, Bournemouth and Jack Wilshere, but the hope is that the latter of that trio embraces the opportunity to stay fit and play every week, and that Eddie Howe enjoys the impact of a reputation that is evidently sky high within the game. It’s no exaggeration to say that a fit and firing Wilshere really could transform Bournemouth’s season.

It also provides Bournemouth with a significant point of interest for those of you who are not slightly obsessed with Steve Cook gaining international recognition. No longer the Premier League new boys and having lost their most watchable player in Matt Ritchie, Wilshere’s arrival gives those only lingering on the edges of football addiction a real reason to tune in.

1. Henrikh Mkhitaryan (Manchester United)
Not a strong start from Mkhitaryan, who has followed up a lack of match sharpness with a niggling injury sustained on international duty with Armenia. Jose Mourinho has plenty of backup in the form of Juan Mata, Ander Herrera and Jesse Lingard, but we’re getting quite impatient. Mkhi, Mkhi might be so fine, but it’d be nice to see it for ourselves.

Having provided more assists than any other Bundesliga player last season, we can’t wait to see what Mkhitaryan might do for Zlatan Ibrahimovic, Anthony Martial and Marcus Rashford. Whether he plays from the right or as a No. 10 (Wayne Rooney’s position, no less), we’re confident that the Armenian will be brilliant.

The Premier League might not have the best central defenders, full-backs, central midfielders or strikers in the world, but in terms of attacking midfielders it might top the pile. To Kevin de Bruyne, Paul Pogba, Eden Hazard, Mesut Ozil, Alexis Sanchez, Roberto Firmino, Philippe Coutinho, Raheem Sterling, Dimitri Payet, Sadio Mane and Riyad Mahrez, add Mkhitaryan. Just as soon as he gets playing regularly.