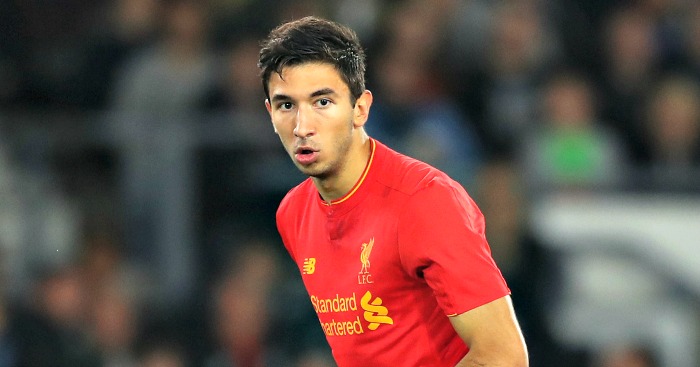 10. Kelechi Iheanacho
Sergio Aguero was second. Thierry Henry was third. Adam Le Fondre was fourth, but that dilutes the point somewhat. It was in late 2016 when Kelechi Iheanacho became the most prolific goalscorer in Premier League history. His strike against Hull represented his 12th in the Premier League, and took his rate of scoring to one goal every 95.3 minutes.

Then Gabriel Jesus happened. That the Nigerian has not made an appearance since the Brazilian arrived in January is no coincidence. That his five-game run of not even making Pep Guardiola’s match-day squad ended as soon as Jesus suffered an injury is no accident. Iheanacho was an unnamed substitute against Huddersfield, and has not played since the 4-0 defeat to Everton on January 15. The one-time bright young thing has already been upstaged by a prodigy six months his junior.

9. Ashley Fletcher
Seven players have started a Premier League game as a striker for West Ham this season. Andy Carroll is the obvious regular – although the fact that he is the only player to make more starts as a forward for Slaven Bilic’s side than Michail Antonio sums up their transfer failings.

The remaining quintet is a much of a muchness. There is club-record signing Andre Ayew. There was loan failure Simone Zaza. There was the departed Enner Valencia. There is the broken Diafra Sakho.

And then there is Ashley Fletcher. The 21-year-old signed for the Hammers from Manchester United in the summer, but has scored just one goal in 17 appearances. His last Premier League start came on the evening Arsenal handed out a 5-1 humbling back in December. He has played just 20 minutes of league football in 2017.

8. Arouna Kone
Arouna Kone has played 5,068 minutes of Premier League football throughout his career. All but 43 of those minutes came under the management of Roberto Martinez.

Oh, sorry, that isn’t enough information about Arouna Kone? Well, he has missed much of this season through injury, but is unlikely to have threatened Ronald Koeman’s starting line-up this season regardless. He scored a hat-trick against Sunderland that one time. He is available for free this summer. Here he is riding a camel.

Still not enough? He is 33, has not found the net in the Premier League since November 2015, and yet Sam Allardyce still deemed him an attractive enough proposition to try and sign him for Crystal Palace in January.

7. Lys Mousset
‘Bournemouth sign a French person for £5.4m’ read the headline on this very site back in June 2016. Eddie Howe, not content with selling Lewis Grabban for £3m in summer 2014 before re-signing him for £8m in January 2016, sought to prove his transfer acumen further. He pinched Mousset from under the noses of Tottenham, if the French person is to be believed.

Of the 24 individuals to have played for Bournemouth in the Premier League this season, Mousset has done so the least often. His 23 minutes is beaten by Grabban’s 57, Lewis Cook’s 89, and Max Gradel’s 90. That particular quartet have all been signed by Howe in the past 18 months. Eurgh.

6. Ola Aina
Daniel Storey will be praying that Gareth Southgate is feeling generous, for only an England call-up for Steve Cook in the next three months can spare his award-winning blushes here. For in our season predictions made last summer, Storey tipped Cook and Ola Aina as his breakthrough players.

Ola Aina really should have went out on loan. Not being used today; he's playing for the Dev team. #CFC

To be fair, few expected Victor Moses to establish himself so convincingly on the right flank, while Aina’s chances of making a left wing-back berth his own were trampled on by Marcos Alonso. The 20-year-old has instead had to settle for just eight minutes of Premier League action. Ruben Loftus-Cheek, Nathaniel Chalobah and Dominic Solanke have all found themselves in similar positions; if only notorious lover of youth players Jose Mourinho wasn’t callously cast aside for that Antonio Conte fella.

5. Ben Watson
Or ‘local hero’ Ben Watson, to give him his full title. He received a straight red card on the opening day against Southampton, 12 minutes after coming on as a substitute. He has made just five appearances thereafter, the latest of which came against Millwall in the FA Cup fourth round; he captained the Hornets as they lost 1-0 to a League One side. Watson’s explanation?

“For me, this is proper men’s football. This isn’t kids’ football. We needed real men out there and we didn’t have enough.

“This was an opportunity for a few of us to give the gaffer a headache.”

Walter Mazzarri probably already had a migraine wondering who that ginger bloke was walking around Vicarage Road talking about “proper men’s football”.

4. Fraizer Campbell
Or ‘England international Fraizer Campbell’, to give him his full title. Yet the Crystal Palace striker’s sole cap for the national team surely cannot be his proudest career achievement. That accolade does not belong to his performance in earning a Community Shield winner’s medal in 2008, nor to his match-winning double for Cardiff against Manchester City in August 2013. He does not brag about his 14 Premier League appearances but no starts this season to his friends.

No. Fraizer Campbell’s greatest moment, his defining accomplishment, his pièce de résistance, must be when he was brought on as an 87th-minute substitute by Alan Pardew against Manchester United in December 2016, the erstwhile Palace boss looking to see out a 1-1 draw the only way he knows how. United scored their winner less than a minute later.

As for Jurgen Klopp, the first signing of his Liverpool tenure was Marko Grujic. Loaned back to Red Star Belgrade for the remainder of the season as part of the deal, many expected the midfielder to form part of the first team this season. His pre-season performances suggested as such, the 20-year-old scoring against the holy trinity of Fleetwood, Huddersfield and Barcelona.

Who else thought Marko Grujic was going to be playing far more this season than he has?

A combination of injuries, the form of his teammates and the transition to life in England has curtailed his chances – at least for this season. He has not been spotted in the Premier League since the 5-1 win over Hull in September.

2. Shaun Maloney
Sergio Aguero will forever be credited with the decisive moment, but the Argentinean’s dramatic heroics in the dying embers of Manchester City’s first Premier League title-winning season would not have been possible were it not for one man.

When Manchester United visited relegation-threatened Wigan in April 2012, they did so safe in the knowledge that they enjoyed an eight-point gap over bitter rivals City at the league’s summit with the finishing line in reach. Then Shaun Maloney struck a wonderful curling winner at the DW Stadium, United failed to win three of their last six games, and City pipped them at the post.

It feels slightly surreal to think that Maloney is still a Premier League footballer five years on. The Scot took a brief hiatus from England’s top flight, taking in the sights of the Championship and MLS in the meantime, before returning to Hull, scoring and assisting a goal in their second game of this campaign, and not featuring in the Premier League since October.

1. Erik Lamela
When Erik Lamela limped off the pitch at full-time after an EFL Cup defeat to Liverpool on October 25, few would have predicted that his absence would continue into late February. And yet, four months on, the winger has not been seen since.

The official line is that a hip injury has kept him sidelined, but Mauricio Pochettino has had to deny claims that Tottenham will look to sell him this summer, while a number of other unsavoury rumours have surfaced with regards to his whereabouts.

What if Erik Lamela isn't coming back because the international community is weaponizong him to save earth?

One thing is for certain however: his club miss him. Of the eight games Tottenham have lost in all competitions this season, Lamela has started just one. Come back, Erik; we need your hair, your rabonas and your disgustingly snide tackles.