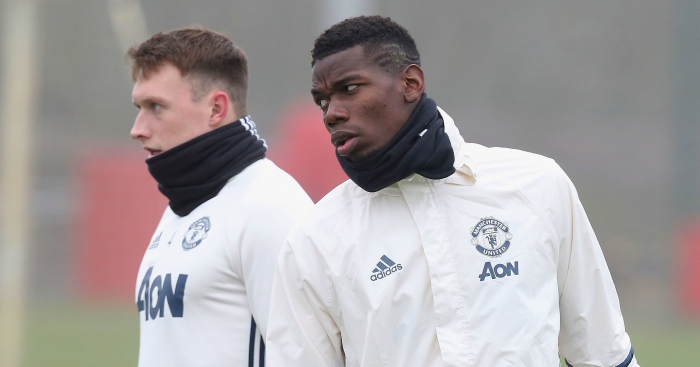 10) David Silva
Even a broken c(l)ock is right twice a day, as evidenced by Joey Barton’s claim earlier this month that David Silva makes Manchester City “a better team”. It is hardly a groundbreaking theory, but it does need repeating every now and then, just as a reminder that this is the eighth season the Premier League is playing host to this remarkable talent.

The Spaniard might now be into his 30s and shorn of his once flowing locks, but he is showing no signs of slowing down. Silva has created 23 goalscoring chances so far this season, and has provided six assists in six games – the most of any player in both respects.

“For me, he is the best in the Premier League by an absolute mile,” Barton added in his glowing praise, and while that is up for debate, the 31-year-old is certainly part of the conversation. He is yet to trouble the scoresheet so far this season, but the best chefs let everyone else enjoy their cooking before tucking in themselves. Pep Guardiola is ushering in a new era at Manchester City; the fact he is building his free-flowing side around a player who preceded the start of his project by six years speaks volumes.

9) Harry Kane
Mauricio Pochettino, by his own admission, cannot “find the words to describe” Harry Kane. The Tottenham manager sees the forward each day in training, where he presumably spends five hours shooting from acute angles, hitting the post or crossbar, before offering drab, dull post-session interviews in the changing rooms. If Pochettino struggles to articulate what makes Kane special, what hope does anyone else have?

While the constant debate rages on as to whether Kane can be viewed as world class, or is as good a pure striker as Europe has to offer, the 24-year-old goes about his business quietly. He has scored in just two of six Premier League games so far this season, and the general feeling is that he has yet to move up the gears as we motor into the third month of the campaign. Which makes his form all the more worrying for opposing defenders.

Only two players in Europe’s top leagues have scored more goals in 2017. He was the only England player named on the 55-strong FifPro World XI shortlist. He cannot score in August, but cannot stop otherwise.

8) Phil Jones
“If we manage to have him safe and protected from injuries, I think potentially he’s everything I like in a central defender.”

Ifs rarely come much bigger. Jose Mourinho could not help but express his delight at the “very good” form of Phil Jones back in August, but that same question mark will continue to hang above the defender’s head for some time. The 25-year-old has missed 101 games with 15 separate injuries since joining Manchester United in 2011. Back, knee, knee, knee, concussion, shoulder, hamstring, shin, knee, mild thrombosis, ankle, ankle, knee, knee, toe sounds more like an ill-advised and confusing nursery rhyme remix than a comprehensive history of a footballer’s setbacks.

Such physical frailty is what makes Jones such an eminently frustrating footballer, because when he is fit, he is wonderful. Wonderful in terms of being a pure defender and labouring to repel any opposition attack with any part of his body; wonderful in terms of watching him play, mouth agape as he tries to perform a head-first sliding tackle in a packed penalty area.

As is the obligation with such lists, there is but one defender amid a sea of attacking players. As an ever-present member of the joint-best defence in the Premier League so far this season, Jones has earned that spot.

7) Christian Eriksen
One thing is for sure: the Premier League is blessed with supreme playmakers. City have David Silva, Manchester United have Henrikh Mkhitaryan, Arsenal have Mesut Ozil, Chelsea have Eden Hazard, Crystal Palace have Jason Puncheon and Liverpool have Philippe Coutinho. But Tottenham have the great Dane, the man who, without a silly haircut or tattoos, will never receive the recognition he deserves.

The reason for Eriksen’s lack of plaudits in comparison to his peers is rather more simple: in Harry Kane and Dele Alli, Tottenham have a pair of English forwards who will attract the headlines whatever the weather. Eriksen is happy to take the photographs and partake in social gatherings, but does not demand attention – he is the perfect third wheel. And as long as he knows to make himself scarce when Kane and Alli are getting comfortable on the sofa, he will continue to thrive in north London.

6) Mohamed Salah
Diamonds rarely come as rough and yet, six games into the season, shine so bright. Mohamed Salah is a work in progress, but the foundations are absolutely rock solid. No Liverpool player has contributed directly to more Premier League goals this season (5).

The most striking aspect of Salah’s performances has been how he has had the chances to shape every game. The forward had at least three opportunities to open the scoring in the first 30 minutes against Manchester City before the Reds succumbed to a 5-0 thrashing. He has somehow managed to be both profligate and prolific at the same time, never scoring more than one goal in any game, but only failing to score once when he has played more than 45 minutes.

Only Harry Kane (39) and Romelu Lukaku (27) have had more shots than the Egyptian (23); only three players have scored more goals. There is considerable room for improvement, and yet he already has a 100m head start on the competition. Not that he would need it.

5) Paul Pogba
Jose Mourinho could have started Ed Woodward in central midfield alongside a Wesley Sneijder transfer rumour from a decade ago and Manchester United would still have beaten Everton without Paul Pogba. Far more indicative of the Frenchman’s importance was the subsequent game: an awkward 1-0 victory over Southampton.

Oriol Romeu was imperious for the hosts and Mario Lemina was a worthy partner, and the result was a less than straightforward game for United. Romelu Lukaku ensured they took all three points, but a central midfield of Marouane Fellaini and Nemanja Matic failed to exhibit any signs of control. The former completed 79.6% of his passes, the latter a whopping 81.8%.

United struggled without Pogba, just as any side would without their most expensive and most important player. Jose Mourinho insisted he is “not crying” over the 24-year-old’s current injury, but his bottom lip will begin to quiver if he is out for much longer. Absence really does make the heart grow fonder.

4) Kevin de Bruyne
“A lot of players have shown it is quite easy to struggle at Chelsea,” said Jurgen Klopp in defence of Salah in the summer. “De Bruyne is one,” he added, of a midfielder who was ridiculed upon his return to the Premier League with Manchester City in summer 2015.

De Bruyne set about quickly embarrassing the wider media who had written him off on the basis of failing to break through under Jose Mourinho. Sixteen goals and 14 assists in 42 games in his first season was a fine return, but only under Pep Guardiola has he realised his full potential.

The Belgian’s position in the current system is difficult to define – he is not a conventional central midfielder, nor a No 10 or a wide player. He has been given free rein, and is revelling in the role. Of Guardiola’s 64 games in charge, no player has been used more often than De Bruyne (56). Being the teacher’s pet is no bad thing.

3) Alvaro Morata
For a man essentially learning on the job, the 24-year-old having started just 54 league games throughout his career, Alvaro Morata is fitting in rather nicely at Chelsea. Rather than stepping into the shoes of the antagonistic Diego Costa, he has moved them to one side and let his own feet – and head – do the talking.

“Chelsea play an Italian style of football, and I have to adapt to their tactics,” he said earlier this month. “As the main striker I always have to be a target for my team-mates.

“I have to battle with opposing central defenders, and over here they are far stronger physically than in any other country. But it is fair to say that they are in a mess with their tactics – and they offer me the chance to score goals as they get confused.”

The Spaniard’s message might well have been lost in translation, but it looks prophetic three weeks later. Six games into the season, and Chelsea’s rebound has as many goals, two assists and a first career hat-trick. Erik Pieters certainly looked confused at the weekend.

2) Romelu Lukaku
One man’s wasteful is the sane and sensible man’s really rather impressive. Criticism has followed Romelu Lukaku throughout his career, some of it due, most of it not so much. But like in his battles against the majority of central defenders, the Belgian is strong enough to shrug it off, and intelligent enough to know better.

A Southampton defence that had conceded just four goals and a Swansea outfit that has since kept Harry Kane quiet have been duly dispatched. West Ham, Everton and, to a lesser extent, Stoke provided kinder assignments, but Lukaku should not be denigrated for earning top grades.

There is no shame in being a flat-track bully, but then the 24-year-old is so much more than that. United looked static in attack last season, and had to rely on moments of individual brilliance as opposed to overall team cohesion. Lukaku offers a more rounded focal point and Mourinho’s side are all the better for it.

1) Sergio Aguero
If you want advice about food, you ask a dietitian. If you want to make your garden look nicer, you ask a gardener. If you want a second opinion on a medical problem, you delay doing anything because you’ll be absolutely fine and that thing definitely should be there and should definitely be that colour, but then you eventually consult a doctor because you can no longer feel anything on the left-hand side of your body. And if it is analysis of a Premier League striker that you want, you ask Thierry Henry.

“The only one who is world class, or has been world class, is Aguero because of the longevity of what he has done in this league, year in and year out,” Henry said on this week’s Monday Night Football. “You have to give him a bit of credit. I think sometimes we bypass Aguero like he didn’t happen.”

And the Frenchman is absolutely right. Aguero is far too foreign, far too private and far too much of a Manchester City player to be truly appreciated for what he is: one of the best strikers to ever grace the Premier League.

The year started with his future at the Etihad Stadium in significant doubt due to the arrival of Gabriel Jesus, but Aguero has risen to the challenge. Six goals and three assists is the best return of any Premier League player so far this season, and he was a substitute for one of his six appearances. He is nowhere near ready to relinquish his throne just yet.