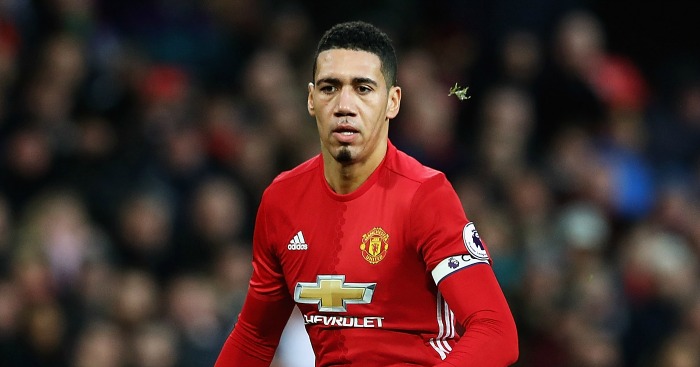 10. Ryan Shawcross (Stoke City)
It was as late as November 2015 when the clamour for Ryan Shawcross to be handed another England chance reached its most deafening. The Stoke captain was in impressive form, and with the same tired international faces producing the same tired performances at centre-half, he was seen as a legitimate contender. His constant omission became a long-running joke for his club, and an issue constantly avoided by his country. Shawcross had been one of Stoke’s standout performers in a solid start to last season, and his manager joined the chorus demanding he be rewarded. “Maybe international recognition will be forthcoming,” said Mark Hughes, “but we won’t hold our breath on that”.

There were no such questions when Gareth Southgate announced his first international squad as manager, nor have there been throughout this campaign. He has not been close to his imperious best, and while he was named Man of the Match after the recent draw with Manchester City, that brief renaissance simply emphasised how far his form has fallen. He was perhaps hard done by at times in terms of England – Steven Caulker has as many caps – but that ship sailed long ago for the 29-year-old.

9. Philippe Coutinho (Liverpool)
The clue came on Sunday. Of the 26 shots shared between Manchester City and Liverpool at the Etihad Stadium, Philippe Coutinho had just one. He has scored five goals – memorable, decisive goals – against the Blues since joining the Reds in 2013; against no other side has he scored more. He did not even come close.

Painful watching Coutinho so out of form. Hard to leave him out, as it'll click back in in an instant, but a passenger so far.

It does feel somewhat churlish to include the Brazilian, but his form since returning from injury has been alarming. Many attributed Liverpool’s January woes at least in part to his absence, yet his struggles upon reprising his role in the side have only posed more questions for Jurgen Klopp to answer. “That’s the life of an outstandingly good football player like Phil,” the manager said earlier this month. “The influence of him on the game is really big. If he is not at 100 per cent you miss something, that’s how it is.”

8. Sergio Aguero (Manchester City)
‘How can a striker who has scored 25 goals in 35 games have regressed after scoring 29 in 44 last season?’ I hear you ask, veritably frothing at the mouth as you attempt to formulate your rage-fuelled thoughts into something other than an incoherent rambling.

Calm down, pal. Sergio Aguero’s goalscoring prowess has not waned, nor has his form as a striker dipped. But with a new manager comes new responsibilities and new demands, and in that respect, the Argentinean has fallen behind in class. There have been moments where the 28-year-old has shown adaptability, but never before has a pretender to his Manchester City throne looked more like a potential successor. In Gabriel Jesus, handpicked by Pep Guardiola, Aguero’s place is being threatened like never before.

One thing you cannot call Aaron Lennon is a pessimist. “I’ve not written it off at all,” said the fast, small, English, somehow 29-year-old winger in December. He was talking about his chances of playing at an international level again.

His chances of playing for Everton are slim as it is. His last appearance for Ronald Koeman’s side came in February, his last start on New Year’s Day, his last assist in December, and his last goal in March 2016. Perhaps the most damning aspect of Roberto Martinez’s final season was that only Romelu Lukaku (25), Ross Barkley (12) and Arouna Kone (7) scored more goals in all competitions than Lennon’s six.

6. Jordon Ibe (Bournemouth)
“I’d like to see him add more goals to his game but I think he’ll be a fantastic signing and especially given he will be working with Eddie Howe and Jason Tindall, who get the best out of young players.

“Bournemouth is a great place to learn and develop and he fits what the club wants. Before you know it, he could be in the England squad.

5. Shkodran Mustafi (Arsenal)
There was a time when Shkodran Mustafi looked like the £35million remedy to a number of Arsenal ills. The centre-half injected the sort of winning mentality only a world champion could boast, and the Gunners needed in abundance. He strengthened a defence which needed reinforcement. He arrived after a sterling season at Valencia. At 24, he was seen as the future of the club’s spine.

Mustafi has been a car crash since January. How Arsène hasn't spotted that & taken him out is a snapshot of his current lack of awareness.

He might still realise his potential at the Emirates Stadium, but the last few months have not been kind. Mustafi was unbeaten in his first 22 games, and absolutely looked the part. He has started each of the club’s six defeats in their last nine matches, and no players has been more culpable. When fans are yearning for Per Mertesacker, you know something has gone wrong.

4. Yohan Cabaye (Crystal Palace)
“You f***ing French ****” was the charming phrase reportedly directed at Yohan Cabaye by a Crystal Palace fan after a defeat to Swansea in January. It was a lovely sentiment befitting a club who promote the sexual relationship between their two avian mascots.

It was also reflective of Cabaye’s under-performance as the club’s most high-profile player. The 31-year-old offers the sort of Premier League, European and international experience that most in the Palace squad can only dream of. The midfielder was not producing on the pitch.

Cabaye has eventually improved under the stewardship of sexy football connoisseur Sam Allardyce, but it has been a long road. He helped guide a run to the FA Cup final last season, but he provided just one Premier League goal and zero assists before Alan Pardew’s sacking in December. F***ing French ****.

3. Riyad Mahrez (Leicester City)
It could have been Jamie Vardy, scorer of goals in 11 consecutive Premier League games last season, victim of a ten-game barren spell this.

It could have been Wes Morgan or Robert Huth, perfect nightclub bouncers last season, drunk punters this.

It could have been Danny Drinkwater, who is missing his all-encompassing N’Golo Kante safety blanket more than anyone.

But when discussing whose drop in form has been most pronounced in Leicester terms, one can stop at the man crowned Player of the Year last April. Riyad Mahrez inspired the miracle story, but he was the main author of the difficult sequel.

A comparison of statistics would do little justice to the collapse of Mahrez’s form, but comparing statistics is bloody rousing fun: the Algerian scored 17 Premier League goals and assisted a further ten last season. He has five and three respectively this campaign. Lifting the Champions League trophy might console him.

As manager Slaven Bilic suggested, a week-long break is perhaps the solution, for Noble is no asset to his side in this form. How we yearn for the days of ‘Mark Noble for England’.

1. Chris Smalling (Manchester United)
Few Manchester United players miss the reign of Louis van Gaal. The Dutchman promoted a languid style of football based on sterile domination. His training methods were constantly questioned. His media interviews became increasingly bizarre towards the end of his tenure. The club, however marginally, under-performed.

If any United player does feel a pang of regret over Van Gaal’s demise, it will be Chris Smalling. The England international was the cornerstone of a defence which was not necessarily the Premier League’s best, though it certainly conceded the fewest goals.

“He is in the top three centre-halves in the world – I think he is that good,” said Wayne Rooney in October 2015. By November, Gary Pallister would add: “If you’re looking for consistency in judging the best player in the Premier League in his position so far this season, I think Chris ticks all the boxes.” And Jamie Carragher completed the set that December, stating: “I think he’s been the best centre-back in the Premier League.”