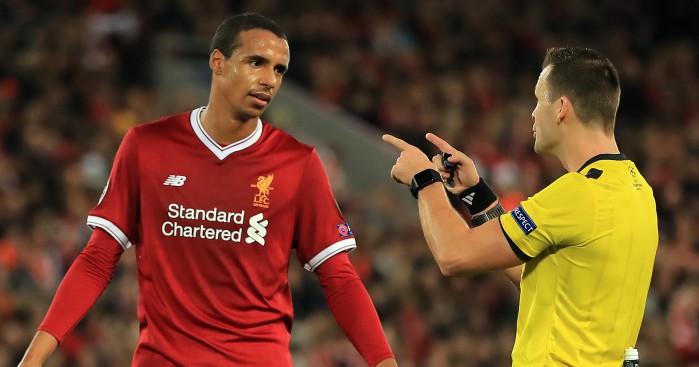 10) Troy Deeney (Watford)
“Troy Deeney is Troy Deeney, he’s always been like that,” said Tim Sherwood this weekend in a piece of punditry reminiscent of his “when you’re hot, you’re hot, when you’re cold, you’re not hot” classic. The truth is that Troy Deeney has not really been Troy Deeney at all for much of the season, cutting a frustrated figure as Marco Silva preferred a – how can we put this delicately? – more mobile striker. When he did get chances, he was plagued with disciplinary issues; he has missed seven games through suspension this season alone.

Deeney has enjoyed a resurgence of late, with his first open play Premier League goals of the season coming against Everton and West Brom, leading to the suspicion – nay, expectation – that he would punish Arsenal and their lack of cojones at the Emirates on Sunday. Instead, he had his poor penalty saved and endured thousands of people calling him a “fat bastard”. Deeney is currently on course for his first single-figure goalscoring season since the agonies of 2010/11.

9) Nathan Redmond (Southampton)
“He commented on my qualities as a young English player and how he wanted me to attack his team more during the game in a similar way to last season. I told him I was doing what my manager asked me to do in the game. That’s it. Nothing more, nothing less,” said Nathan Redmond as he explained exactly what Pep Guardiola shouted when he grabbed him really quite enthusiastically at the end of November’s 2-1 defeat for Southampton against Manchester City. A month later he was out of the Saints side.

Redmond is once again back in the fold but he is still without a Premier League goal all season, having taken 36 shots; only Wilfred Ndidi has had more (38) without a goal. It seems an awful long time since he played 24 minutes in his first and quite possibly only England appearance. In reality, we are approaching the one-year anniversary.

For anyone who wants to see it again I had the misfortune to video it and think we might score 😂 pic.twitter.com/y7cy7Y8U2j

This is the man who created eight Premier League goals last season so it really is quite the regression; his total for this season is a paltry two assists. But it is Phillips’ attitude that has attracted the most opprobrium. You really do not want to get a reputation for shirking tackles when your team is staring relegation in the nose.

7) Ander Herrera
From Player of the Year to facing Yeovil Town in the FA Cup alongside Michael Carrick and Marcos Rojo; it has been quite the fall from grace for Ander Herrera. There is a theory that Jose Mourinho was so incensed by the Spaniard inviting a Celta Vigo insider to the Manchester United training ground ahead of their Europa League clash last season that he has all-but banished Herrera from his plans. Whatever the reason, this season has seen Herrera go from potential captain to potential departure. When Scott McTominay is above you in the pecking order, you know things have gone really quite badly.

Herrera did get a reprieve against Sevilla but lasted only 17 minutes before being replaced by Paul Pogba. Now injured, what are the chances of Mourinho giving him another opportunity? The Man United manager turned him into his chippy little deputy and then turned around and bought a true lieutenant in Nemanja Matic, leaving the Spaniard very much surplus to requirements. And hated by just about everyone. Thanks boss.

The worst thing about West Ham's stadium move is that Cheikhou Kouyate has genuinely forgotten how to play football.

He really has. Few Hammers players have emerged from this season with any real credit or dignity, but topping the other list is Cheikhou Kouyate, who has been nothing short of rotten. He is still attempting 3.3 tackles per 90 minutes but he is being dribbled past 50% more than last season, while his interceptions have dropped from 2.6 per 90 to a pathetic 1.1. This is a player in some genuinely terrible form. He has even dropped from a 83.4% pass completion rate to 75.3%. Oh and he is dribbling less and losing the ball more.

And yet only three West Ham players have played more regularly in the Premier League this season, which tells you just about everything you need to know about their current predicament.

5) Harry Winks
In October he started England’s final World Cup qualifying clash against Lithuania and he was really rather excellent. We wrote: ‘A pass completion rate of 96% from 98 passes is enough to make us purr, particularly because not every one was sideways or backwards and because he actually moves too.’ We thought we had found a genuine World Cup option.

And now here we stand in March – on the verge of a new England squad being named – and Winks is fit but has not played a minute of Premier League football since Boxing Day. His only real hope of salvaging something tangible from this season is if Mauricio Pochettino continues to use him in the FA Cup, which is by no means guaranteed after Champions League exit.

Remember Harry Winks? Where did he go? The shadow realm?

4) Laurent Koscielny
The Frenchman reportedly broke down in tears during a team meeting last month. And not just because he was forced to watch a compilation video of his own performances from what has been a pretty disastrous season. He has at least set some kind of record for the amount of time it has taken him to succumb to full-blooded Arsenalitis. He has fought the urge for ridiculousness longer than most.

What on Earth has happened to Laurent Koscielny this season? Woeful. He’s not the only one!

“We know we are in a bad situation, a bad period,” he said last week. “We lost a little bit of our quality but we need to stay united.” Damn right you did, Laurent. And no amount of consummate defending against AC Milan can convince us that this has not been the beginning of the end for the now-32-year-old. He has conceded 17 goals in his last nine Premier League appearances and those figures are more than a little damning.

3) Victor Moses
Antonio Conte and Victor Moses both deserved the plaudits last season for his transformation from bit-part winger to title-winning wing-back, but this has been a season of regression and entirely predictable exposure for the Nigerian. He is tackling less, creating less and being beaten more often.  This has been a season-long malaise that has been matched by his club.

As a @ChelseaFC fan you might be feeling a little blue. After all, key players are just not performing this season. Check out Victor Moses' drop in form… #CFC #SuperEagles #Moses pic.twitter.com/mLAQms6uUC

‘Moses has always been decent, but what Conte has done is convert an ordinary player into an outstanding one. What a pity more coaches can’t do the same,’ said Garth Crooks in December, but the performance that prompted that comment – against Newcastle – have been few and far between this season. He was rested for Saturday night’s clash with Crystal Palace and some Chelsea fans would like to see the switch become permanent.

Start Zappacosta ahead of Moses against Barcelona, keep Pedro away from the starting 11, and play a striker

2) Joel Matip
As he laboured last week against a Porto side who had seemingly agreed not to attack, one man was amusing himself while writing for The Anfield Wrap with one of the greatest player descriptions of all time.

‘Playing as if he is wearing a really smart suit under his kit at the minute that is restricting his movement. Like a fucking corset. Hasn’t worn it for a few years, a christening in 2013. Is this a bit tight? Feels a bit tight, you know. Have I grown? I think I’ve grown. I’ve definitely grown a bit.’

Which is crazy because he was undoubtedly Liverpool’s best centre-half last season, with the Daily Telegraph naming him in their list of 20 best defenders in the Premier League and remarking that he is ‘far more reliable than Dejan Lovren and could well be the only part of that Liverpool back four that remains a first choice for next season’. They were wrong.

1) Ashley Williams
Oh dear. The theory was that Sam Allardyce would come into Everton, take one look at Ashley Williams (old-fashioned defender) and find himself with an embarrassing tent-pole problem. Here was a ready-made Allardyce man, all strong elbows, thick legs and not a great deal of pace. But my word, he has been awful. Like ridiculously awful. That awfulness culminated in a red card against Burnley when he had managed to allow himself to be wound up by Ashley Barnes.

Can we appeal Ashley Williams’ 3 game ban and get it extended till the end of the season?

“He’s not shown the level we’re used to seeing him at recently,” said John Hartson last week, but that’s a massive understatement. He’s not even shown half the level that we are used to seeing from Ashley Williams. The suspicion is that over 700 games for club and country have now taken their onerous toll and he is basically f***ed.