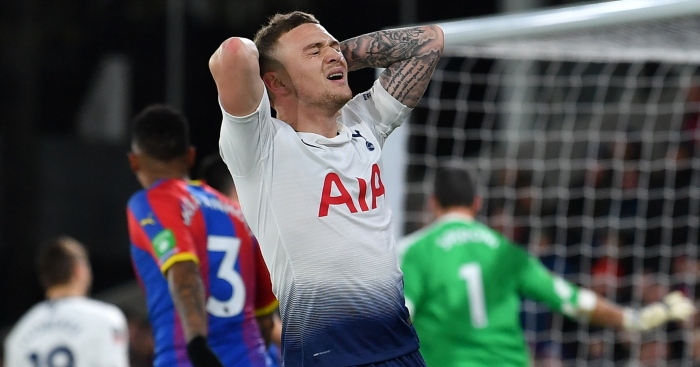 10) Roberto Firmino (Liverpool)
Low on this list for a reason – he’s a mainstay in the second-best attack in the Premier League, after all – but still not quite where he was this time a year ago:

Fatigue may well be an issue; he missed just two games in all competition last season and just one – the 5-0 win over Watford – this season.

Obviously, we could have also included Mo Salah, but ‘regressing’ to a point where you pick up your second consecutive Golden Boot seems a tad harsh.

9) Mesut Ozil (Arsenal)
If there’s anything Mesut Ozil has never lacked, it’s doubters. Doubters and money. Doubters, money and an unerring eye for a pass rather than a shot. But especially doubters.

Nevertheless, he was clearly hugely highly valued at Arsenal, which is why they signed him – rather than Aaron Ramsey – up to a whopper of a new contract extension just over a year ago.

At least in previous years, his defenders have been able to point to a superb assists record. This season…well…

8) Aaron Mooy (Huddersfield)
One of the breakout stars for last year’s promoted trio, the Australian impressed those who were unfamiliar with him last season, making an instant impact with an excellent performance in Town’s 3-0 win against Crystal Palace on the opening day and scoring a beautiful goal the following week as they defeated Newcastle. He was the heartbeat of Huddersfield’s unlikely survival.

This year…not so great. A knee injury cost Mooy six weeks of action over Christmas, but Huddersfield have struggled with and without their playmaker, whose only goals both game at once in their 2-0 win over Wolves in November. He is yet to claim an assist this season so perhaps we should stop calling him a ‘playmaker’…

7) Jamie Vardy (Leicester)
Vardy is far from the only Leicester player who regressed under departed manager Claude Puel, but his decline has perhaps been the most noticeable.

Leaving out the top goalscorer from that magical season in 2015/16 was never going to be a popular move but, in Puel’s defence, Vardy is now 32 and has not been in quite the excellent form he surprisingly managed following Leicester’s promotion to the Premier League.

We were surprised to learn that Vardy scored 20 Premier League goals last season as he returned to form after another relatively fallow year; this season, he has just sneaked into double figures with that goal against Watford at the weekend. According to Opta, he has missed 13 Big Chances this season – up from just four last season. That’s not about the manager or the system, fella.

6) Nicolas Otamendi (Manchester City)
First-choice centre-back for City for the last three years, culminating in his selection in the PFA Team of the Year last season.

Third-choice centre back this year, starting just one of City’s eight league games against the rest of the top six. We’re not holding our breath for another appearance in that team of the year.

5) Antonio Valencia (Manchester United)
Started 31 Premier League games as captain last season as United finished second. Started just eight games this campaign even when United were struggling, only one of which has come under Ole Gunnar Solskjaer.

The 33-year-old’s contract is up in the summer; his career at Old Trafford looks likely to be over.

4) Pascal Gross (Brighton)
The man Fantasy Football wet dreams were made of last season, Gross was shortlisted by The Independent as one of five players who should have made the PFA Player of the Year list and was number two on our list of the best signings of the season, behind only Mo Salah.

Last year he claimed seven goals and eight assists, but the midfielder has scored just twice (both coming in separate games against Manchester United, oddly) and set up just three. Even taking a two-month layoff with an ankle injury into account, that’s quite a slide.

3) Jonjo Shelvey (Newcastle)
Remember that glorious summer of 2018, when hope and optimism abounded around the England men’s national football team? And remember how lots of people – especially Newcastle fans – wanted Shelvey on the plane to Russia? Gareth Southgate was even pushed in press conferences to defend his decision not to include him.

We know Shelvey has spent a while out of the side with a thigh injury, but even when he was fit he was poor. His creative spark failed him to the extent that Newcastle scored just four times in the eight games Shelvey has started, and won just one of them – the 1-0 win against Watford in which he got injured, with the goal coming after he had been substituted.

England have made a mistake not including Jonjo Shelvey in their World Cup squad, a Newcastle team-mate warns #NUFC @AdrianJKajumba https://t.co/rxlPYMYj9R pic.twitter.com/Ut6ttWWIKx

Shelvey now faces an uphill battle to get back into shape and into the side ahead of the surprisingly excellent Sean Longstaff.

2) Marcos Alonso (Chelsea)
The player who has most clearly struggled to adjust to life under Maurizio Sarri. If we’re discounting the now-departed (left, not dead) Victor Moses.

Alonso was brilliant at wing-back as Chelsea won the title back in 2016/17, less good last season (though he still made it into the PFA Team of the Year ahead of Andy Robertson), and largely utterly terrible this season, too often looking very much like a man who thinks he is better than being made to play as an actual full-back in a back four.

🤝
Working well at
the World Cup but
being terrible this
season