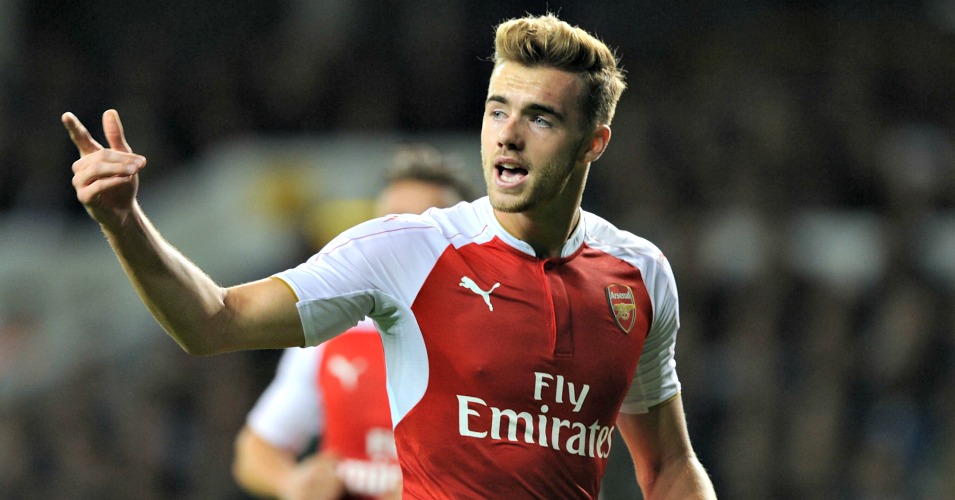 10. Andrej Kramaric
Dubbed by The Guardian as ‘the man Leicester City are leaning on to keep them up’ after the Foxes beat Chelsea to his signing in January, Kramaric arrived as the club-record signing on whom Leicester’s Premier League status depended. City did of course survive relegation, but Kramaric’s two goals in 13 games likely wasn’t the catalyst.

If Kramaric expected a new season under fresh management in Claudio Ranieri to instigate the form which saw him score 55 goals in 65 games for HNK Rijeka, the form of Jamie Vardy soon ended those hopes.

Expected to one day replace Davor Suker as Croatia’s bright hope, the 24-year-old is thus far doing an adequate impression of his compatriot’s underwhelming Premier League spells at Arsenal and West Ham.

9. Fraizer Campbell
‘Fraizer Campbell has told Alan Pardew he wants to fight for a first-team place at Crystal Palace after snubbing a move to QPR,’ wrote the Daily Mirror back in January. It’s not a fight Campbell will win any time soon.

Campbell himself has started just one of 12 Premier League games so far this season, but Palace’s 2-1 victory over Liverpool extended a unique run for the club. Of the 14 league goals scored by the club at this stage, none have been by strikers. The next lowest percentage in that regard is Chelsea, for whom forwards comprise of 18.75% of their league strikes.

At 28 and with three goals to his name in all of 2015, one-cap England international Campbell could do with a change of scenery from Alan Pardew’s strikerless realm.

8. Reece Oxford
The schoolboy who silenced Mesut Ozil, central defender Oxford made his Premier League debut against Arsenal in the first game of the season, yet excelled in an unfamiliar defensive midfield role. The 16-year-old became West Ham’s youngest ever player in the process, but Oxford has made just two league appearances since, both of which came in August. Schools were back from the summer in September, remember?

Manager Slaven Bilic spoke of a need to “control”, “monitor” and “manage” Oxford in comments merely drowned out by the noise of the hype machine. The Hammers refused to allow Oxford to join the England Under 17s set-up for the World Cup earlier this year for fear of burnout, but a temporary lower league move should provide invaluable experience.

7. Ruben Loftus-Cheek
After 15 long years, it seemed as though Chelsea had finally found their successor to John Terry. The captain was the last youth prospect to establish himself as a first-team regular back in 2000, and Loftus-Cheek was seen as the flag-bearer for the latest challengers to his throne.

“Clearly it is time. Not to play four, five or six kids – some are not ready – but Ruben is a case where he’s more ready, and if everything goes normal during the next two weeks, he’s a player to start the next game and a run of matches, to try and get that stability as a first-team choice.”

Jose Mourinho’s words in early October would surely have provided a timely confidence boost for Loftus-Cheek, who did indeed start the following Premier League match against Aston Villa. The 19-year-old was removed at half-time, with Mourinho criticising his lack of “control”. Even in the midst of one of the worst runs of form in Chelsea’s history, Loftus-Cheek has not featured in a game since. Impressing for the Under 21s is not enough at this stage in the midfielder’s development; first-team experience is a necessity.

6. Patrick Roberts
This time last year Patrick Roberts was an unused substitute in Fulham’s Championship win over Huddersfield. 12 months on and Roberts may be receiving the same amount of game time, but training with Sergio Aguero and David Silva is slightly more beneficial than with Matt Smith and Bryan Ruiz.

Still, Roberts will be all too aware that there is no replacement for first-team experience. Including his five-minute debut cameo for City in September, the 18-year-old winger has 24 career appearances so far. Where burnout due to too many games is often the fear with teenage starlets, the other extreme will equally stunt his progress.

5. James Wilson
What a strange season it has been for James Wilson. Three goals in as many starts over the preceding two campaigns at Manchester United seemed certain to precipitate more first-team opportunities for the 19-year-old, and while all those around him were loaned out, Wilson remained. At one stage he was Wayne Rooney’s solitary striking back-up; then Anthony Martial happened.

Four days younger than Wilson, Martial’s progress since signing for the club in the summer has stunted his team-mate’s growth. Wilson has been named as a substitute for one Premier League game so far this season, and Adnan Januzaj (127), Javier Hernandez (23) and Paddy McNair have more league minutes to their name than Wilson (eight). Even Cameron Borthwick-Jackson (14) joined those ranks on Saturday.

For a manager rightfully praised for his work in bringing through youth at United, Wilson has suffered from Louis van Gaal’s reluctance to sanction a loan in the summer. For the Englishman’s sake, his manager ought to avoid making the same mistake come January.

4. Andros Townsend
Oh, those halcyon days where ‘cut inside and shoot’ was an exotic and effective strategy; the year 2013 witnessed the birth of Andros Townsend to the world scene. The winger made his England debut and became a Premier League regular for Spurs after nine separate loan moves in the preceding five years, and Townsend was guaranteed a seat at the front of the bus for the school trip to Paris alongside Headmaster Roy. He was the teacher’s pet.

Fast forward two years, and Townsend has not started a league game this season. After being frozen out of the squad following a tussle with a member of the medical staff, that might not change any time soon.

For proof of Townsend’s dramatic fall from grace, examine the clubs most heavily linked with the 24-year-old. Aston Villa, Newcastle and Sunderland have all been credited with a recent interest in the perennial England international; only Bournemouth and Chelsea would need to be touted for Townsend to complete the full set of the Premier League’s current bottom five.

3. Calum Chambers
Mikel Arteta, Mathieu Flamini, Kieran Gibbs and Alex Iwobi. The list of Arsenal first-teamers with fewer Premier League minutes this season than Calum Chambers is a scarce one, and one which contextualises Chambers’ descent into the back-up’s back-up.

Sold by Southampton in the same summer that saw Luke Shaw’s departure, comparing the career trajectories of the two since their respective moves conjures interesting results. Shaw, six months Chambers’ junior, struggled initially at Manchester United, making just 20 appearances in all competitions in his first season. Chambers on the other hand impressed at Arsenal, featuring 36 times in his debut campaign.

One season on and the roles were reversed, at least up until Shaw’s double leg-break in September. Shaw still has 309 more Premier League minutes to his name than Chambers this season, with the latter playing fourth fiddle to a cumbersome Per Mertesacker, Laurent Koscielny and Gabriel.

“For a 19-year-old, he has played too many games,” said Wenger in December 2014. “They all hit the wall after 15 to 17 games. You have to give them a breather, let them refresh and get them back again.” After starting 13 of Arsenal’s 17 league games before his manager’s comments, Chambers has started five of the Gunners’ 33 since. The ‘breather’ and the ‘refresh’ stages have gone well, now it’s time for the whole ‘get them back again’ thing. If Saints renew their summer interest in a loan deal it could suit all parties.

2. Joao Carlos Teixeira
Considering the veritable success of his loan at Brighton during the 2014/15 season, there seemed to be only two paths Joao Carlos Teixeira’s career would follow n the short-term: a loan at a Premier League club, or increased first-team opportunities at Liverpool. Heading into the January transfer window, neither has come to pass.

Tipped as one of five players who would benefit most from Brendan Rodgers’ exit, the early signs under Jurgen Klopp were positive. Teixeira was named on the bench for the first time this season for the German’s first game as manager against Spurs, and then impressed on his first ever Liverpool start in the Capital One Cup victory against Bournemouth. The Portuguese has not appeared since.

Teixeira can no longer be discussed as a youth prospect, but his status in squad purgatory is defined by a distinct lack of games. Divock Origi is two years his junior but has 58 more career appearances, Philippe Coutinho is seven months older yet has 223 games to Teixeira’s 39, and Joe Gomez, four years younger than the midfielder, has just eight fewer.

Voted Brighton’s Young Player of the Year after finishing as their top scorer last campaign, Teixeira clearly has the talent to excel. Whether and where he will are different matters.

1. Jack Grealish
‘When Jack Grealish is picked to play for England for the first time, he will be politely asked to pull his socks up in line with the other players.’

Writing for the Daily Mail back in October, Neil Ashton encapsulated the ‘when, not if’ nature of Jack Grealish’s sudden rise to international prominence. Mere months on from the pitiful press reaction concerning Grealish, a teenager, getting a bit drunk and enjoying himself, this was suddenly a bona fide star in the making.

‘In the long term they know that it will be difficult to keep a player of this calibre at Villa Park because his gilded touch will one day merit a place at a club challenging for the top four,” Ashton continued of Grealish in that article, setting the perfect scene for stage one of ‘build ’em up, knock ’em down’.

Grealish could be good; he could be great. There is, however, also the possibility that he won’t be either. A successful loan spell at Notts County paved the way for first-team opportunities at Aston Villa, but for all the hype, the Irish English midfielder credited with the gift of creativity still has just a goal and an assist apiece in 28 Premier League games.