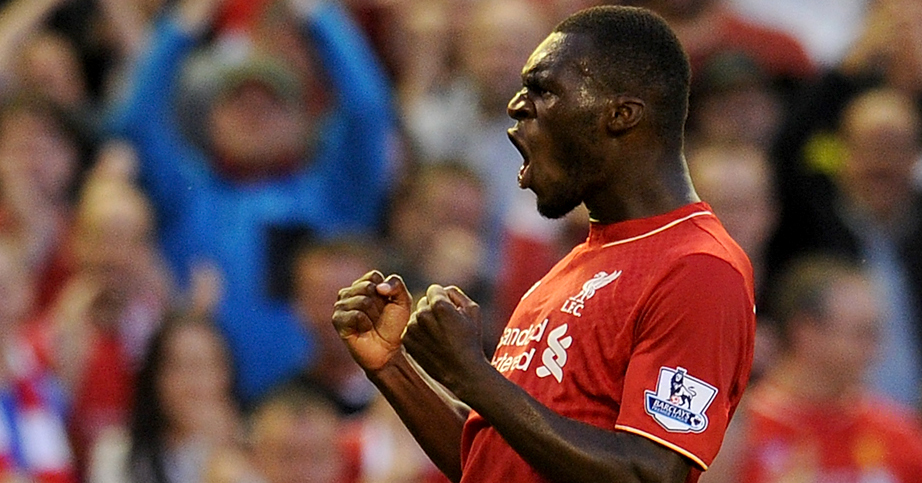 We may be just four rounds of fixtures into the new Premier League season, but it’s clear that some players already need to take a long, hard look in the mirror.

10) Lee Cattermole (Sunderland)
When all around you are losing their heads, and you get sent off to make things worse, you’re a Lee Cattermole my son. For so long that statement proved true, with the Sunderland midfielder in danger of irrevocably damaging his Premier League career through the dimmest of ill-discipline, but last season he finally seemed to have matured.

Weirdly, at the start of this campaign all of Cattermole’s tenacity suddenly looks absent. He made just one tackle in the dire 3-1 home defeat to Norwich, was booked against Swansea and then taken off at half-time in the draw with Aston Villa.

However, these pale into insignificance in comparison with Cattermole’s opening day. He was substituted after just half an hour by Dick Advocaat, having failed to win a tackle, win an aerial challenge or make an interception of any kind. Still, he did at least give away a penalty. Failing to make the second half in half of your games is not a good look for a captain.

9) Carl Jenkinson (West Ham)
With Roy Hodgson still not entirely convinced by Nathaniel Clyne, there is an opportunity for a right-back to seize the day and lead England to inevitable triumph in France next summer. Unfortunately, the early auditions are going appallingly.

Jenkinson is probably the most likely candidate on the basis that he is a) still just 23, b) doesn’t seem to be made of glass, unlike other options, and c) has still not been allowed to leave permanently by Arsenal. The West Ham loanee has endured a wretched start to his second temporary spell at the club.

Whilst Slaven Bilic’s side have won at Arsenal and Newcastle, Jenkinson was available for neither game, through ineligibility and suspension respectively. Instead he has played in both of West Ham’s home defeats to Leicester and Bournemouth, conceding five goals in 169 minutes. The only reason it wasn’t six is because Jenkinson was sent off for giving away the penalty from which Callum Wilson sealed his hat-trick.

By already making an error that directly led to a goal and another leading to a chance, Jenkinson has matched his totals from the whole of last season. With James Tomkins playing at right-back in both of West Ham’s victories, Jenkinson must beware being pushed down the pecking order at club level.

8) Aleksandar Mitrovic (Newcastle)
There are two distinct brands of comedy, both of which can provide deep satisfaction. The first is the surprise, in which your assumption or expectations are altered drastically and to the point of amusement. The second is the expected, where you can see the denouement coming a mile off, but the protagonist of the joke cannot. Mitrovic falls snugly into that second camp.

We had all read the articles, seen the disciplinary record and watched that naughty celebration – we knew what to expect. So to watch Mitrovic storm around the pitch like a p*ssed-up bull wearing red contact lenses was objectively funny. Unless you were a Newcastle fan.

Quite simply, Mitrovic must change. Supporters can claim that he has been made a target by referees, but that is a logical and reasonable response to his previous actions. To have committed seven fouls, received two yellow cards and a straight red in your first 127 minutes indicates a naivety and over-exuberance that must be curbed. Fail to do so, and he’s a waste of a squad place.

7) Nabil Bentaleb (Tottenham)
Matt Stead wrote here as to why this summer at White Hart Lane wasn’t the disaster many were cursing, but he will forgive me for taking a slightly different view on one point. Even if Harry Kane is able to replicate last season’s form (or be ably supported by Heung-min Son and Clinton N’Jie), it is behind the forwards that Tottenham look most light.

Whilst Ryan Mason’s pre-season was interrupted by injury, Bentaleb does not have that excuse. In truth, his form has been tailing off for a while, but has reached a head early in this campaign.

It was Bentaleb’s misplaced pass that started Manchester United’s goalscoring move on the opening day, and Mauricio Pochettino has since experimented with Eric Dier in midfield rather than handing the Algerian another start. There was rightful celebration when Bentaleb signed a new long-term contract this summer, but that should provide no reason for complacency.

6) Kevin Mirallas (Everton)
“There have been offers and inquiries, but no real negotiations. January isn’t the ideal month for a transfer. I have never said I absolutely want to leave Everton. I like it over here, but I feel ready for a new challenge. I dream of playing in the Champions League next season. With Everton or with another club” – Kevin Mirallas, February 2015.

There will be no Champions League football held at Goodison this season, but Mirallas was mistaken if he thought that Europe’s elite would be knocking on the door. He’s only started one league game so far this season, too.

Mirallas eventually retracted that desire to leave in May, but the conclusion doesn’t change. The Belgian must be far more consistent if he wants to be a regular part of Roberto Martinez’s team, let alone one playing in European club football’s elite competition. Time to step up and put your performances where your mouth is.

5) Per Mertesacker (Arsenal)
We should not have been surprised by Gabriel’s impressive performances against Liverpool and Newcastle. He cost £11.3m and is a Brazil international, after all. That said, perhaps Arsenal supporters had simply become used to Mertesacker’s lumbering frame and lack of pace. In comparison, this truly was their angel Gabriel.

With Mertesacker’s deficiencies against a quick attacker unlikely to improve, now could be the time for Gabriel to become first choice. His pace allows Hector Bellerin extra licence to venture forward, safe in the knowledge that the Brazilian can fill the space left behind.

It was that susceptibility to the counter attack that hurt Arsenal so much against Monaco last season, and hammered at least a few nails into Mertesacker’s coffin. He must return from illness in perfect form if he is not to become Arsenal’s Back-Up F**king German.

However, there is no doubt that Liverpool have changed their style to match the arrival of the Belgian, whatever tut Brendan Rodgers may plead to the contrary. As Martin Laurence wrote here, against Arsenal he won 16 aerial duels, with no player managing more in a single game over the last two seasons. In turn Liverpool have gone from winning the second-fewest aerial duels per game last season (15) to the most so far this (22.5).

That makes Benteke’s form vital to Liverpool’s – and thus Rodgers’ – success, and his one (highly fortunate) goal has made for an inauspicious start. Patience is at a premium at Anfield.

3) Saido Berahino (West Brom)
I am in full agreement with Nick Miller that it would have been wonderful to see Berahino go full tantrum by staying on strike, the footballing equivalent of lying on a supermarket floor while screaming and offering a passable impression of a swimmer doing a front crawl.

Unfortunately, it was never going to happen. Monday brought reports that Berahino was ready to end a strike that had consisted of missing two days of training (with club permission) and no matches. Pierre van Hooijdonk he ain’t.

Now the hard work starts for Berahino. He may not care that his reputation in the eyes of many at West Brom has turned to muck, but there is an international tournament just around the corner. It’s a lot easier to score goals (and earn moves) in the penalty area than on the naughty step.

2) Wayne Rooney (Manchester United)
Ten games without a Premier League goal. If a hat-trick against Club Brugge did nothing for Rooney’s domestic drought, a penalty against San Marino is unlikely to do the trick either. Louis van Gaal’s captain and line-leader hasn’t gone this long without a league goal since he moved to Old Trafford, and Van Gaal is relying on the goals of a player with one away league strike in 18 months.

His manager will hope that this is an extended blip rather than the start of Rooney’s inevitable decline. He has now played 50 more matches than Robbie Fowler did in his entire career – Fowler started at 17 and retired at 36. With a body that doesn’t scream natural fitness, the danger is that Rooney is burning out.

There will reams of words written when Rooney breaks England’s goal record, and the trick will be repeated after he does the same at Manchester United. That doesn’t alter the current predicament, nor the nagging doubts United fans have over their promised title bid.

1) Eden Hazard (Chelsea)
“He [Hazard] was the worst tonight. I thought about substituting him, but in the last 10 minutes he always has the ability to do that. At the World Cup, this was the case. I obviously expect more from him, but he will grow as the season progresses” – Belgium manager Marc Wilmots.

“If you are the best player in the league, I think it should be a good responsibility to have a similar season than in the previous season. I don’t want to analyse individual performances. In general terms, it is difficult to have a consistent performance when some of the players are not performing at a good level” – Chelsea manager Jose Mourinho.

‘During Chelsea’s league campaign of 2014/15, Hazard had a shot on target every 102.2 minutes and contributed a goal or assist every 146.6 minutes. So far this season, he has had two shots on target and one assist. He is also dribbling past players with the ball at a slower rate, averaging fewer touches per game and fewer passes too. There are plenty of candidates more deserving of criticism than Hazard for Chelsea’s sticky situation, but there is no doubt that the Belgian is currently falling far short of potential. Mourinho needs last season’s best player to hit those heights again’ – Football365 manager idiot Daniel Storey.