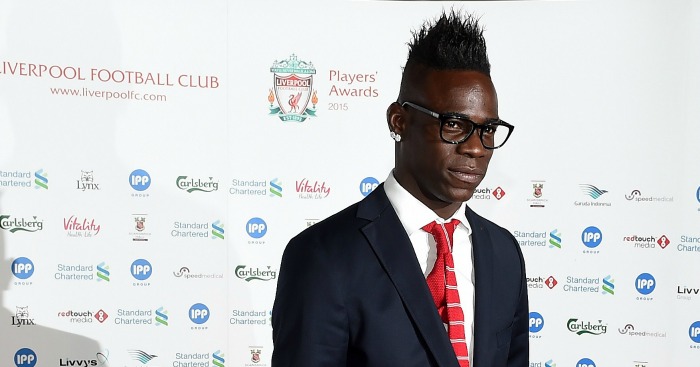 Maximum of one per club, otherwise this would be a list of Liverpool, Manchester City Manchester United players…

10) Callum McManaman (West Brom)
To be honest, McManaman only has himself to blame. Tony Pulis brought him to the cub as his first signing as manager in January 2015, which means that he’s now had two summers in which to re-train as a central defender. If you aren’t prepared to at least grow six inches and become adept at aerial duels, don’t moan when you struggle for minutes at West Brom.

Still only 25, McManaman’s career has stalled at the Hawthorns after impressing at Wigan. Available for transfer and unwanted, a move to a promoted club would make sense for every party involved.

9) Jeffrey Schlupp (Leicester City)
Much has been written about the effect of the bumper new broadcasting deal on transfer fees and wages, but one result not mentioned quite as much is the impact on young fringe players at clubs outside of the traditional elite. Their clubs don’t want to sell them on the cheap, both because they don’t need the money and don’t want to risk the player improving immeasurably elsewhere, so the price tags hanging around their necks make them an unattractive purchase.

Take Schlupp, for example. Still only 23, the winger/full-back started only 14 league games last season and is clearly not a key man in Claudio Ranieri’s system, but Leicester have no need to sell a player they’d just need to replace anyway. West Brom have had bids of £9m, £10m and £12m rejected, and have indicated they won’t go any higher.

The result is that Schlupp is left in limbo, feeling undervalued at his current club but unable to plan an escape route out in order to gain regular starts.

8) Oumar Niasse (Everton)
One of the things we at Football365 like most about Ronald Koeman is his refusal to waffle around a point. After the ludicrously ‘sun is always shining’ outlook of Roberto Martinez, it’s a refreshing change for Everton fans.

“That is my character, I don’t like to lie or even make the picture nicer than the picture is,” Koeman says. “If we play bad, we play bad. I think that is the way to win. Put ambition and high standards to everybody.”

Lovely sentiment, but not sure Oumar Niasse quite agrees. The striker, only signed in January by Martinez and lavished with praise by the Spaniard, hasn’t so much been shown the door by Koeman as kicked right through it.

“We made a fast decision about Niasse and others who will find it difficult to be part of the team,” Koeman said last week. “If Niasse likes to play football he needs to leave Everton.” Cheers, gaffer.

7) Juan Cuadrado (Chelsea)
“I wanted him when I was Juventus coach. He will come back very soon and train and play with us. Now, he’s a Chelsea player and he’ll stay with us” – Antonio Conte, July 18.

Whatever Chelsea’s manager may have said to the contrary, Cuadrado will leave Chelsea at some point this summer. The Colombian has not been named in the squad for either Premier League game, and is reportedly closing in on a permanent move to Juventus. That was £24m well spent.

6) Jay Rodriguez (Southampton)
The only player in this list to have seen Premier League action during the opening two weekends of the season, the six minutes afforded to Rodriguez as a substitute at Old Trafford are unlikely to keep him warm at night. Southampton are light on strikers, and yet still the England international (yes, England international) looks like a spare part.

Ravaged by injury and then unable to break back into the first team, it is now time for Rodriguez to cut his losses and move on. Like Danny Ings after him, the move from Burnley to a better, bigger club was perfectly understandable, but has been undermined by serious layoff. Rodriguez has played only 351 league minutes since April 2014.

With West Brom apparently interested, Rodriguez should jump at the opportunity. Now 27, a once Bright Young Thing has suddenly become a middle-aged Premier League forward. A career needs putting back on its tracks; regular football is the only method to achieving that.

Yet still Mason remains a Tottenham player. With Eric Dier, Victor Wanyama, Moussa Dembele, Dele Alli, Harry Winks and Josh Onomah all competing for a central midfield place even after Nabil Bentaleb finally leaves, the time has come for Mason to cut his losses. It seems a lifetime ago that he was starting 29 league games in Pochettino’s first season.

I’m sure Steve Stammers was just trying to do his best to keep Debuchy’s spirits up, but it’s quite the kick in the balls to learn that, even in a time of defensive crisis, your manager won’t even put you on the bench. Arsene Wenger has made more than a few defensive mistakes in his 20 years at Arsenal, but few soured after a promising start quite like Debuchy.

Having spent the last few months of last season at Bordeaux, Debuchy is now back at Arsenal. It must be odd for a 31-year-old international and league title winner to be paid £70,000 a week, yet go into work every day knowing nothing he does will make the blind bit of difference. Can any half-decent Ligue 1 club please end this misery?

3) Eliaquim Mangala (Manchester City)
Jorge Mendes is a man who you can imagine sets aside entire hours in his diary to laughing at just how successful he is, but there is no doubt that the super-agent’s sticky fingers are all over football’s rich, famous and successful: Cristiano Ronaldo, Jose Mourinho, Thiago Silva, Andre Gomes, Pepe.

Yet Mendes must reserve his smuggest smiles for those deals which involved shifting snake oil into a superclub in return for whole vats of cash. Never has this been more apparent than with Eliaquim Mangala.

Mangala’s fee has always been slightly uncertain, but probably sits at around £42m. This is a defender who has had, at most, five good games for Manchester City and has been left out of all three of Pep Guardiola’s match squads.

It can be said no more explicitly than this: When Aleksandar Kolarov is playing in your place at centre-back, it’s time to leave and pretend this all never happened.

Or, more exactly, pay anywhere close to the £110,000 a week the striker is reportedly on at Liverpool. Balotelli still has almost two years left on his Anfield deal, and few suitors are queuing up to offer even half of his current salary.

It’s all very sad, really. Now 26 and in desperate need of some actual football, there is still a lingering hope that Balotelli can settle down, feel loved and become a star once again. With each passing month, that hope feels more like blind faith.

1) Phil Jones (Manchester United)
Bobby Charlton may still watch Jones and be reminded of Duncan Edwards, but if there was ever a quote that made the defender a hostage to fortune, it was that. I wrote a piece at the end of last season about how sad it was that Jones, a young, dedicated professional, had been reduced to the status of tragicomic king, football’s Mr Bean. That reputation shows no sign of disappearing.

With Chris Smalling struggling to get into Jose Mourinho’s first team, what chance does Phil Jones have? He’s played 45 minutes of football in 2016, brought off against Swansea at half-time on January 2.

At first we worried for Jones’ England squad place. Then we worried for his Manchester United place. Now we’re worried about his Premier League future. There’s nothing funny about a 24-year-old who can’t stay fit long enough to do what he’s trained his whole life to do.