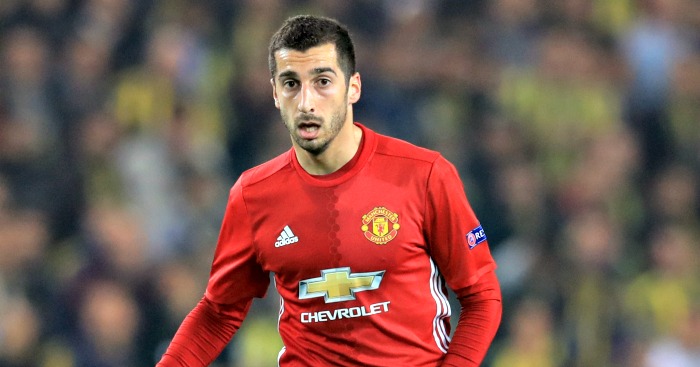 Which all makes the 129 minutes afforded to Jonathan Calleri a pretty effective damning of his form. After impressing at Boca Juniors and on loan at Sao Paolo, Calleri would consider himself a better option than Fletcher and Zaza. Slaven Bilic does not agree.

The latest reports suggest that Calleri and West Ham could look to cut short the year-long loan deal in January. Another summer signing that’s gone well.

9) Marc Muniesa (Stoke City)
A member of Spain’s Under-21 team that won the 2013 European Championship and twice an appearance-maker in the Champions League at Barcelona, Muniesa was linked with a move to Ajax in 2013 but instead joined Stoke. He’s possibly regretting that choice.

Having enjoyed sporadic league starts during his first three seasons in the Premier League, Muniesa has now been officially relegated to a back-up role. He’s played just 15 minutes in the league this season, and didn’t even start the EFL Cup tie against Hull City. Still, at least he’s getting in on that sweet Checkatrade action.

“Yes, I’m desperate to play,” Muniesa said as far back as September 2014. “I always train looking to play every weekend, but I know I have to take my opportunities when I get them in the Capital One Cup or if I come on in the final few minutes as a substitute.” Now 24, the opportunities are coming fewer and further between.

8) Benik Afobe (Bournemouth)
I don’t want to resort to hyperbole here, but the January 2016 transfer window might have been the biggest calamity in Premier League history. The six most expensive signings were as follows: Giannelli Imbula, Oumar Niasse, Jonjo Shelvey, Steven Naismith, Andros Townsend and Benik Afobe. Three of those were relegated, one expensive midfielder (Imbula) is now regularly left on the bench and the two others are strikers who can’t get a look-in at club level.

Afobe must be seriously worried about his top-flight career. Signed for £10m from Wolverhampton Wanderers having scored 22 goals in 46 Championship games, Afobe has started a grand total of 12 Premier League matches since. If he thought a full pre-season would assist his progress at Bournemouth, he was wrong; 108 league minutes in four months has followed.

“I think every striker needs to feel that confidence you get from scoring goals,” said Eddie Howe last week. “It won’t be far away for him if he continues to work as hard as he has in training.” He’ll need to start first, Eddie. A 23-year-old striker won’t want to hang around as a spare part.

7) Gerard Deulofeu (Everton)
Deulofeu might have broken the goalscoring record for the Spain Under-21 team during this international break, but he’d much rather be starting games at club level. The arrival of Yannick Bolasie has used up the quota of exciting but occasionally frustrating wingers in Everton’s starting line-up.

Deulofeu has started three league games this season and has hardly been frozen out by Ronald Koeman but, at 22, was looking for more regular football, not less. Last month the winger talked up a move to Barcelona, who retain a buy-back clause on him. Never has that looked further away.

6) Morgan Schneiderlin (Manchester United)
In July 2015, Schneiderlin’s world was a happy one. Having tried to engineer a move to Tottenham one summer, he landed Manchester United a year later. “I am ready, I have waited a long time,” he said. “I feel physically in the best shape as possible. I hope I will settle in quickly and that we will win titles.”

Sixteen months later, and Schneiderlin is being linked with a January move to Crystal Palace. An annoying tendency of Louis van Gaal to leave him out of big games bugged Schneiderlin, but he couldn’t have predicted quite how quickly things would turn sour. He’s played 73 minutes against Northampton Town this season, and 161 minutes in every other competitive match combined.

Changing Jose Mourinho’s mind is notoriously difficult. With reports already linking Manchester United with another central midfielder in January or next summer, should Schneiderlin be planning his Premier League escape route?

5) James Ward-Prowse (Southampton)
We’ve been excited about Ward-Prowse as a potential England midfielder for more than three years, but he does need to play some regular club football before that becomes anything other than a pipe dream.

Now 22, Ward-Prowse has never started more than 16 league games in a season, and hasn’t started at all since the opening-day home draw against Watford. With Pierre-Emile Hojbjerg, Steven Davis, Oriol Romeu and Jordy Clasie for competition, are things really likely to get any easier?

4) Olivier Giroud (Arsenal)
“It is down to a lack of training since I got back from holiday,” Giroud said. “It if had been a priority, the manager would have asked me to come back sooner. That wasn’t the case. Don’t worry, everything is fine.”

The Arsenal striker was explaining, on September 6, how he was now ready to start in the Premier League. Giroud is still waiting, his only start in all competitions coming against Ludogorets in Sofia. After the comparative success of his Euro 2016 campaign, Giroud could not have foreseen this.

So where does that leave Arsenal’s top league scorer in two of their last three seasons? Having turned 30 in September, is first-team football not vital in securing his international place? And, if so, how long does he leave it? All questions that need answers.

3) Cesc Fabregas (Chelsea)
It was during Guus Hiddink’s first game in charge of Chelsea that one supporter famously created the ‘three rats’ banner to display her disgust at the players’ mutiny. Eden Haz(z)ard and Diego Costa might just have persuaded that fan of their quality by now, but third rat Fabregas has never quite clawed back that 2014/15 reputation.

The arrival of N’Golo Kante was always going to cause him bother. Antonio Conte was intent on producing a high-intensity counter-attacking brand of football, and Kante suited his needs perfectly. Nemanja Matic is doing a wonderful job as the defensive shield. Three into two just don’t go.

With rumours of Chelsea interest in Marco Verratti now surfacing, Fabregas’ chances of breaking back into Conte’s team sit somewhere between slim and none. A move to Serie A would be sensible for all concerned.

2) Daniel Sturridge (Liverpool)
Having scored England’s opening goal against Scotland with a beautiful header, Sturridge hit back at accusations that he is a selfish striker.

“I don’t worry about that, it’s an unfair opinion,” he said. “I feel that I contribute to the team with assists and goals. It doesn’t really matter what people say to me.”

Sturridge can be content with his contribution to England, but must be getting a little uncomfortable with his place on the fringes of Liverpool’s first team. Having missed out on regular starts for so long through injury, there is a pathos to Sturridge now raring to go but being forecefully kept in reserve. Roberto Firmino is just more fit for Jurgen Klopp’s purpose.

Sturridge will not yet consider the situation perilous, but will be only too aware of the need to play regular Premier League minutes if he’s to stay as England’s first-choice No. 9. He’s still waiting for his first league goal of the season.

1) Henrikh Mkhitaryan (Manchester United)
Of course it is still early days. In 12 months’ time we might look back on Mkhitaryan’s bizarre beginning to his Manchester United career and laugh, as one of Europe’s best attacking midfielders eventually came to the fore.

Yet it’s just as likely that this continues to go south. Mkhitaryan has spoken of his desire to to convince Jose Mourinho that he deserves game time, while the manager has stuck to his message that the Armenian is “not ready to compete” in the Premier League.

Of all Mourinho’s struggles in his first five months in charge at Old Trafford, the inability to get Mkhitaryan into the team is the most strange. This is a player with 26 goals and assists in 31 Bundesliga games last season who enjoyed a full pre-season following a tournament-less summer. If Mkhitaryan himself isn’t getting itchy feet about his lack of match action, he’s the only one.