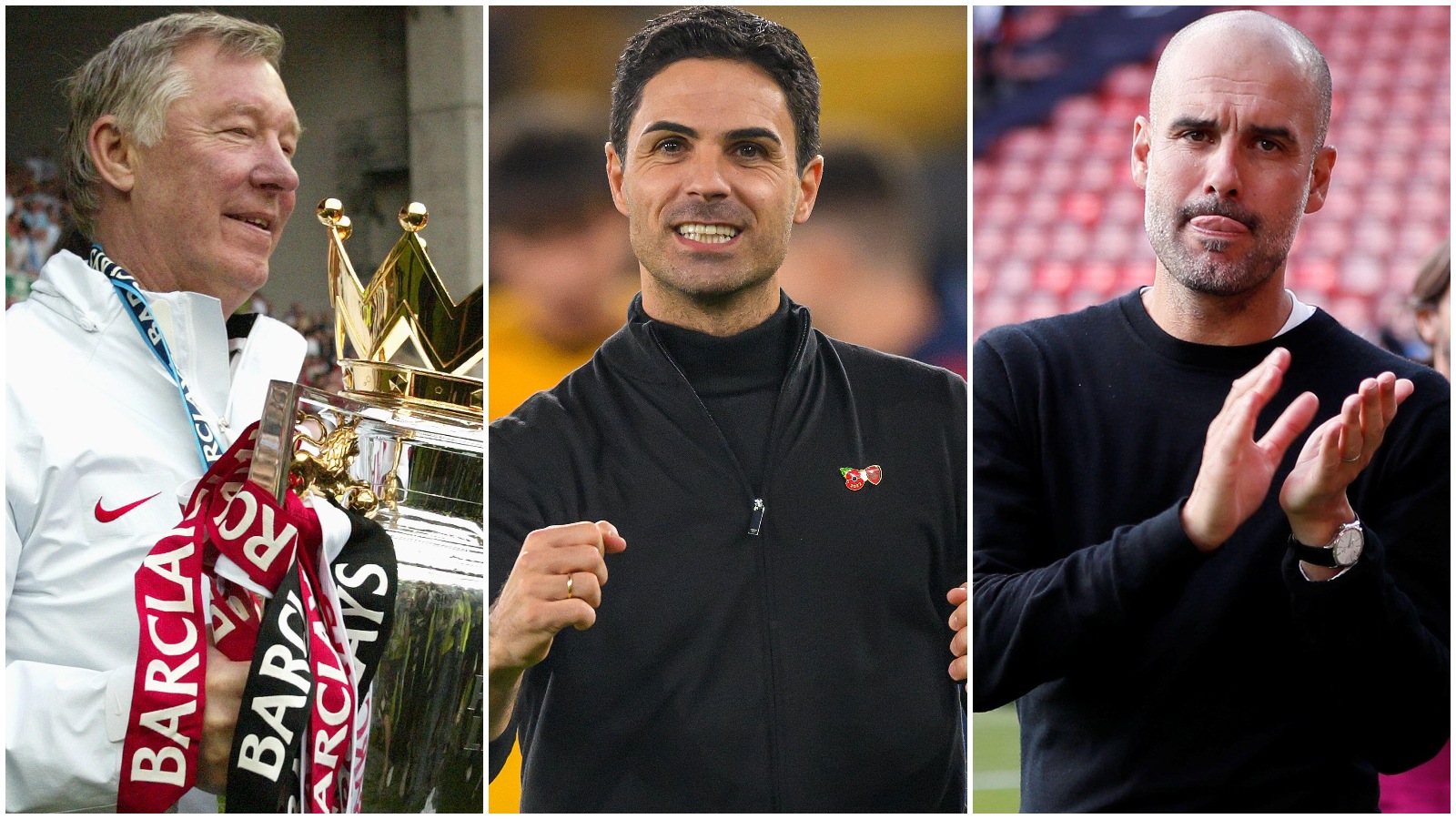 Arsenal have cracked the top five after beating Manchester United on matchday 19. That does not guarantee a title, however. But they definitely believe after bottling top four last season…

Here’s the current top 10 best starters through the first half of a season since the Premier League was cut to 20 teams in 1995/96.

Is this the best Premier League team ever?

2) Liverpool 19/20: 55 points
W18 D1 L0 F48 A14 GD+34 GPG 2.53
Final position: champions
Jürgen Klopp’s Reds broke one of City’s records by wrapping up their first title in 30 years with seven games still to go. But it was also the latest coronation – in June 2020 – after Covid turned up and acted the d*ck to spoil Liverpool’s celebrations.

3) Chelsea 05/06: 52 points
W17 D1 L1 F41 A9 GD+32 GPG 2.16
Final position: champions
The Blues celebrated their centenary by winning their second consecutive title when Jose Mourinho really was ‘a special one’. It was achieved by an eight-point margin over Manchester United, who were also the first side to beat Chelsea on matchday 12.

4) Liverpool 18/19: 51 points
W16 D3 L0 F43 A7 GD+36 GPG 2.26
Final position: runners-up
Liverpool were better off than Arsenal, and still f***ed it. They didn’t lose until matchday 21 at Manchester City, which proved all-important since despite not losing again all season, they were still pipped at the post by City, with four draws in six games between the end of January and beginning of March also crucial.

6) Chelsea 16/17: 49 points
W16 D1 L2 F42 A13 GD+29 GPG 2.21
Final position: champions
Arsenal took Chelsea’s place in the top five after beating United at the Emirates. In Antonio Conte’s first season in charge, the Blues equalled the Premier League records for consecutive wins in a season (13); fewest draws (3); fewest home draws (none), and home and away wins against different sides (12). It helped that Diego Costa was largely unplayable.

7) Manchester City 21/22: 47 points
W15 D2 L2 F50 A12 GD+38 GPG 2.63
Final position: champions
City started quite slowly, losing their opening game to Spurs and then to Palace at the end of October. They didn’t hit the summit until matchday 15, after which they were never unseated, despite Liverpool’s best efforts.

8) Manchester United 06/07: 47 points
W15 D2 L2 F41 A10 GD+31 GPG 2.16
Final position: champions
United ended what for Sir Alex Ferguson amounted to a title drought by winning their first crown in four seasons, reasserting his authority over Mourinho in the process. The Red Devils eased down the home straight, securing the title with two games to go, winning neither but still finishing with a six-point cushion.

10) Chelsea 14/15: 46 points
W14 D4 L1 F41 A14 GD+27 GPG 2.16
Final position: champions
Mourinho, reappointed by the Blues, spent only one matchday – the second, despite winning both games – off the top spot and they didn’t suffer their first defeat until early December at Newcastle. It wasn’t a vintage Chelsea side and their longest winning run was four matches. But good enough for an eight-point margin of victory.

Read more: Everything Gary Neville has said about Arsenal & Arteta in 22-23