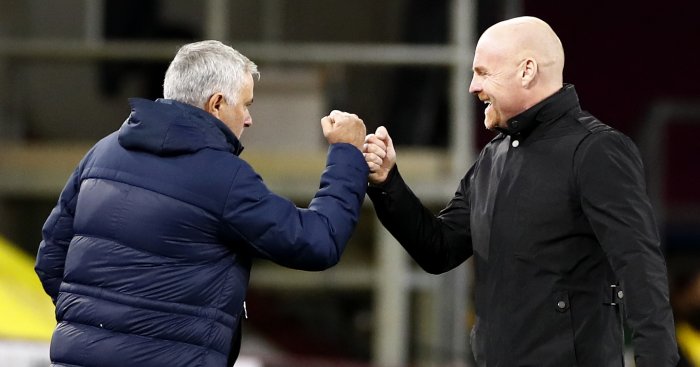 Listen, we all know who the best Premier League manager of 2020 was. A huge well done to Nigel Pearson.

10) Frank Lampard
It speaks to the unerring consistency of Frank Lampard that he occupied the exact same position in this list last December. The calendar year Premier League table has Chelsea in third for goals scored and fourth for points won but an annual spend that ranks a distant first – and a goals conceded column greater than that of Arsenal and Burnley – puts any achievements into context.

They started the year, finished the season and might well conclude 2020 in 4th, which implies a certain degree of stagnation but actually masks the relative progress made. There have been defeats to Newcastle and West Ham among others but an FA Cup final warrants praise, as does reaching the Champions League knockout stages once more, even if their last such venture handed Lampard a 7-1 spanking from eventual champions Bayern Munich. See you here again – in this exact same position – in 12 months, yeah?

9) Jose Mourinho
It started ever so well: consecutive 1-0 defeats to Southampton and Liverpool kicked off the year for Tottenham before a 0-0 draw at Vicarage Road, with Troy Deeney missing a penalty for Watford. All or Nothing were the options and Jose Mourinho seemingly chose the latter. There was genuine debate over his and the club’s future by the time a five-game winless run led them into lockdown and ended their participation in both the Champions League and FA Cup.

A summer spent jogging with Tanguy Ndombele during a global pandemic changed everything. Tottenham clawed their way back into Europe by finishing 6th, where they currently find themselves 14 games into this campaign after the briefest of flirtations with title contention. That rather sums up a general pattern of the manager installing a floor on results but also a ceiling on performances. Tim Sherwood and Mauricio Pochettino combined to reach 66 points from 38 matches in 2014 (1.76 per game); the best Mourinho can hope for is 60 points from 34 matches (1.76 per game). Next year must be better but this one had plenty of moments.

8) Pep Guardiola
It does not require 2020 vision to notice what needs to improve at Manchester City. Their six Premier League defeats this year have been inflicted by Tottenham (twice), Manchester United, Chelsea, Southampton and Leicester: a fine collection of teams, each of whom defended resolutely and counter-attacked incisively. Pep Guardiola has struggled to plan alternative methods of travel at times.

So much of this year has also been spent chasing, be that Liverpool in the first half or consistency in the second. But one area of massive improvement the manager has overseen is in defence. City have conceded just 24 goals; the closest ever-present has let in 32. Amid the perennial search for a Champions League breakthrough, that offers genuine hope of Guardiola’s new deal bearing some lovely bald non-fraudulent fruit.

7) Carlo Ancelotti
As much as it feels like a season that suits his calm and experienced brilliance, Carlo Ancelotti and Everton have not always had the vibe of a marriage that would work. Both know that one is punching while the other settles, a suspicion only fuelled by three separate runs of four games without a win from February to June, at the start of July and from October to November.

Yet manager and club have kept faith in a process with plenty of promise. Tottenham, Chelsea, Leicester and Arsenal have all been vanquished, Dominic Calvert-Lewin has been moulded into a striker with elite-level potential and the overall standard has risen. Every potential positive was squeezed to within an inch of its relevance under Marco Silva and in the final months of both Roberto Martinez and Ronald Koeman’s reigns. Ancelotti naturally inspires more trust and faith that Everton actually have the right individual at the helm.

6) Nuno Espirito Santo
Wolves continue to provide proof as to how difficult it is for a club to establish itself as an ambitious challenger to the clear elite. They feel constantly on the cusp of some sort of breakthrough in terms of consistency but have yet to truly evolve from the team that thrilled upon promotion more than two years ago. They were patchy even then but felt more fresh and the excuse of inexperience is gone.

Nuno Espirito Santo deserves credit for keeping it all knitted together while trying to start a new phase of development at Molineux. The sales of Matt Doherty and Diogo Jota to better clubs is testament to their scouting and coaching, with dependency on Joao Moutinho, Ruben Neves, Adama Traore and Raul Jimenez no longer quite as prevalent. Others – Daniel Podence, Pedro Neto, Max Kilman and now Owen Otasowie – have forced their way into a starting line-up that long felt fixed. Nuno has not reinvented his own wheel but, in the process of building his aircraft while it’s flying, has been named Premier League Manager of the Month more often than anyone.

5) Dean Smith
Nine defeats and two draws in 11 games from February 1 to July 9 ought to discount any manager from inclusion when ranking the year’s best. But that only underlines the strides taken by Dean Smith in turning Aston Villa from relegation fodder to one of the most exciting teams in the country. He oversaw a defensive improvement to keep them up and has focused on refining the attack to take them even further.

That makes it sound simple because, from the outside at least, it is. Smith’s side has no intricate system or original, revolutionary tactic. They prioritise getting their best player on the ball and have surrounded him with more quality than before, all built on the foundation provided by strong centre-halves, energetic full-backs and an accomplished goalkeeper. Smith has relied on recruitment more than most managers to rectify issues that were ironically created the previous summer. That is both easier said than done and part of his literal job, one he really is doing quite well at the minute.

4) Sean Dyche
Burnley, of course, are the Claret champions. Their 43 points from 31 games is more than West Ham’s 41 from 33 and Villa’s 39 from 30. Their entire year spend of £10m is also less than half a Jarrod Bowen and only marginally more than a Mbwana Samatta. They face Leeds and Sheffield United before 2020 is out with a genuine chance of overhauling Arsenal – 46 points from 32 games – in both the actual and the annual table.

Sean Dyche cannot claim to match Sam Allardyce’s lack of Premier League relegations but any struggling club would surely pick the 49-year-old instead if given the choice. He continues to work wonders on a budget at Turf Moor and the intrigue now is in seeing how he would fare elsewhere with a little more leeway. As it is, Burnley know they can give him Dale Stephens for £1m as his biggest summer signing in the knowledge that he will turn such stale water into home brand wine and 5-0 defeats at the Etihad. As Burnley look to pull clear of another survival dogfight, it really is worth remembering how Dyche continues to confound not only expectations but the numbers. It shouldn’t work but it really bloody does.

3) Ole Gunnar Solskjaer
The early indications were that Ole Gunnar Solskjaer might not last the season, never mind the year. Manchester United opened 2020 in quite diabolical form, losing 2-0 to Arsenal, Liverpool and Burnley, thrashing doomed Norwich at home and drawing with Wolves. By February 1 they were behind Sheffield United, closer to 14th than 4th in terms of points and seemingly waiting for the David Moyes moment: when Champions League qualification was no longer mathematically possible and the trigger could be pulled.

That astonishing 14-game unbeaten run to secure 3rd place was somewhat tempered by losing three successive semi-finals in different competitions. Between calamity in the Champions League group stage, 6-1 defeats at home and a worrying reliance on Bruno Fernandes, Solskjaer has never felt more than a couple of results from his position being under intense scrutiny. But he has emerged from the bluster with plenty of evidence this year to support his continued reign. Only Liverpool have lost fewer Premier League games; the Reds and Manchester City are alone in winning more than United. Bring in 2021 with positive results against both Leicester and Wolves and the P.E teacher will have earned his promotion.

2) Ralph Hasenhuttl
He might well be the best pound-for-pound coach in the Premier League. Ralph Hasenhuttl has spent £83.9m across four transfer windows at Southampton – £33.9m in 2020 – to build a team in his own endearing image. This year has brought as many wins as Chelsea, fewer defeats than Arsenal, Leicester and Wolves, more goals than Tottenham and a side many supporters throughout the country would be forgiven for watching with furious envy.

It does not feel as though the world will have to wait too much longer to see what Hasenhuttl can do with ostensibly better players. The 53-year-old has already polished Liverpool’s next signing in Jannik Vestergaard, while helping James Ward-Prowse and Stuart Armstrong in particular flourish as hard-working midfielders with undeniable quality in possession. As long as it has taken for Southampton to hire a manager and develop a structure to provoke jealousy again, it has been entirely worth the wait.

1) Jurgen Klopp
There can be no real argument. Liverpool have not been at their imperious best but even accounting for the complacency that inevitably seeped in during their title procession, no side has come close to matching them. The slips and setbacks against Watford, Manchester City, Arsenal and Aston Villa only highlight how exacting the standards are that Jurgen Klopp has set: they still have at least four more wins, 12 more points and seven more goals than anyone in 2020. The promoted and relegated sides in Watford (18), Leeds (17), Bournemouth (14), Fulham (10), Norwich (8) and West Brom (7) have 74 points combined to Liverpool’s 75 this year.

Klopp has had to contend not only with the drop-off from a group that effectively achieved their main goal for the season in January, but also a deluge of injuries to key players in a variety of positions. The way Caoimhin Kelleher, Rhys Williams, Nat Phillips, Neco Williams, Curtis Jones and Diogo Jota have stepped up from the fringes when needed is testament to superior coaching and management. Take Andy Lonergan out of any other team and they might have collapsed.