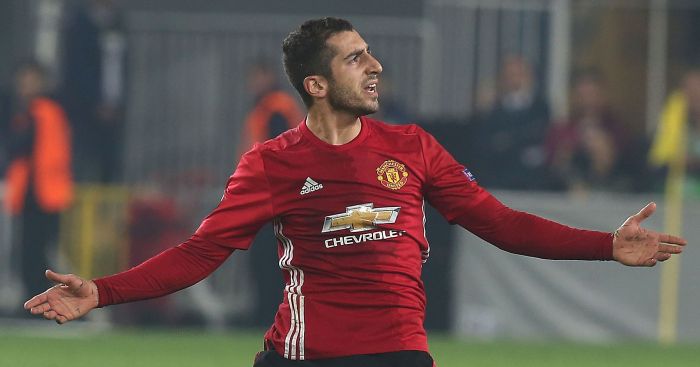 And yes, plenty of these are done with the glorious benefit of hindsight. Sue me…

10) Not selling Odion Ighalo (Watford)
In July 2016, Watford rejected a bid of £37.5m for striker Odion Ighalo from Chinese Super League side Shanghai SIPG. Later reports suggested that it was Ighalo who did not fancy the move and that the club were thus forced to reject the bid, but that smacks of a PR countermeasure. Still, they’d have only spent the proceeds on midfield players you have forgotten existed.

By December 1, Walter Mazzarri was stressing to journalists that Ighalo was still part of his first-team plans, despite the Nigerian dropping out of the first-team picture. Watford have a fine collection of middling to decent strikers, but if you can’t get a game ahead of Stefano Okaka or Isaac Success, something has gone badly wrong.

In 1,289 minutes this season, Ighalo has one goal and one assist. He has created just 11 chances and had ten shots on target at a rate of approximately one every one-and-a-half matches. Somebody try and get Shanghai back on the phone.

9) Not buying a striker (Southampton)
In selling Sadio Mane and Graziano Pelle last summer, Southampton lost 39% of their league goals and 27% of their league assists from 2015/16. Nathan Redmond, Pierre-Emile Hojbjerg and Sofiane Boufal all arrived at St Mary’s, but these were reinforcements rather than replacements.

If the suspicion was that Southampton had a glut of vegetable choppers and meat preparers but no head chef, so it has proved. Charlie Austin is the only player with more than three league goals, and he has only started ten matches. Around him Jay Rodriguez, Shane Long and Redmond are trying to contribute, but Claude Puel effectively has four component parts of one reliable striker and he can’t pick them all.

Ranking Premier League players by their shots on target this season demonstrates the problem perfectly: Austin is the highest-ranked Saint in 21st. He last started a league game on December 3 and is out until April with a shoulder injury.

8) Giving Mike Phelan the job full-time (Hull City)
“Yeah, a lot has changed, a hell of a lot actually,” Ryan Mason said before Hull beat Bournemouth on Saturday. “I think he’ll raise the standards. Personally, I think under this manager you can’t cut any corners. In training he’s there and on it and that’s how he wants to go about it on the training pitch and in matches and that can only be good for us as a football team and as a club as well. I’m sure when we go into games everyone will know what they’re doing and be very organised.”

Mason, frozen out under Phelan, had his own agenda for praising the Marco Silva effect at Hull, but his candid response gives plenty enough evidence that all was not well under the new manager’s predecessor. Perhaps Hull had little choice but to give Phelan a crack at the job full-time, but it may cost the club their Premier League place.

‘Here’s the thing. It’s an unpleasant opinion, but would Hull have been better off without winning away at Swansea in August?’ I wrote in Winners and Losers on October 17. ‘Did that result, coming after the Leicester win, make the appointment of Phelan on a permanent deal inevitable, despite the delay? And, most pertinently, was Phelan the best candidate for the job?’ Like a stopped clock…

7) Spending all summer chasing unrealistic targets (West Ham)
There should be no doubt that Dimitri Payet’s refusal to play for West Ham is a classic dick move, but the club are far from blameless in the whole affair. Having persuaded Payet to sign a new contract in February, the club talked of building on a fine 2015/16 with summer investment. That included a new striker to relieve the burden on the Frenchman.

Payet has created more chances than any player in Europe’s top five leagues, and more than at this stage last season. If he’d had someone other than Zaza and Ashley Fletcher to pass to, would he be quite as desperate to leave?

Yet Mendy was nothing of the sort. In his final season in Ligue Un, Kante had averaged 5.0 tackles per 90 minutes and 3.0 interceptions, which rose to 5.2 and 4.6 last season at Leicester. Last season in France, Mendy averaged 1.7 tackles per game and 2.2 interceptions. He is a sitting midfielder, not an all-action, box-to-box player.

So if Leicester didn’t attempt to replace Kante, why not? Their success last season depended so much upon the energy the Frenchman provided, losing that was always going to hurt Ranieri’s team. Benjamin Andre from Stade Rennais or Lille’s Younousse Sankhare, perhaps. The signing of Wilfred Ndidi, who Ranieri was keen to stress is not like Kante, suggests the lesson has not yet been learned.

5) Keeping Alan Pardew for too long (Crystal Palace)
The majority opinion is that patience is a lost virtue in football, and that that should be a cause for great hand-wringing and tutting. In the case of Pardew and Palace, the club might have shown too much. The desperation for a former player and fan favourite to succeed led to too much faith being placed in Pardew’s ability to turn around a desperate situation.

In Pardew’s last ‘season’ in charge (his last 38 league matches before being sacked), Palace won just six league games, this despite allowing the manager to bring his own players in. Rather than forcing Pardew out in the summer, and thus having time to choose his replacement, Palace have been forced into a relationship with Sam Allardyce that simply has to work.

4) Allowing Jack Wilshere to leave – and not inserting a recall clause (Arsenal)
Only in hindsight can we say that the decision to loan Wilshere out was a mistake, although predicting injuries to Arsenal central midfielders is like boldly putting your money on the sun rising the next morning. The injury suffered by Santi Cazorla would have given a fit-again Wilshere a chance; nobody else replicates the Spaniard’s skills so well.

“Yes, I could use him now,” Wenger said in December. “But if he had not played until now, he would not be ready to play now. What looks unfair at some moments in the season is that you know at some stage you could need the player.”

The problem is that Wenger could have inserted a recall clause in Wilshere’s loan, something he only realised after Chelsea had recalled Nathan Ake from his season-long deal at Bournemouth. While Antonio Conte has backup in central defence and left-back, Wenger is ruing Cazorla being ruled out for a further ten weeks.

Of more interest is why Mkhitaryan was excluded for so long, not picked to start a Premier League game between September 10 and December 4. That’s particularly odd given that the Armenian’s poor performance against Manchester City was due to injury: “I was so emotional and hungry to start for Manchester United, I couldn’t tell him I can’t play because I felt a little bit of pain. If they trust you, you have to play. Maybe next time I would say it’s better not to risk me, not to put the team under this kind of pressure.”

That 45-minute performance caused a three-month Premier League absence, during which Mourinho told Mkhitaryan he needed to do more to earn a place in United’s team to play ahead of Jesse Lingard. In that three-month period, United won only two of their nine league games to slip out of contention for the title. Since Mkhitaryan has returned, their record is six wins and two draws. What might have been.

2) Buying a goalkeeper no better than their current one (Liverpool)
Buying a new first-choice goalkeeper is a statement move, far more than buying a new defender, midfielder or striker. There are two central defenders and central midfielders, so buying one of those adds competition for places. Strikers and full-backs occasionally need resting and are more liable to pick up injuries, so buying one of those adds strength in depth. But buying a goalkeeper sends a message.

It would not have cost a huge sum of money, but would have had Liverpool in even greater contention for a first Premier League title. On such things do seasons swing.

1) Buying a goalkeeper no better than their current one (Manchester City)
Buying a new first-choice goalkeeper is a statement move, far more than buying a new defender, midfielder or striker. There are two central defenders and central midfielders, so buying one of those adds competition for places. Strikers and full-backs occasionally need resting and are more liable to pick up injuries, so buying one of those adds strength in depth. But buying a goalkeeper sends a message.

Pep Guardiola went even further than Klopp. Rather than putting his current No. 1 on the bench he forced him out without even getting a fee. Rather than disposing of an error-prone goalkeeper, he moved on a popular first-team player without giving him a chance.

Had Claudio Bravo been one of Manchester City’s best performers then Guardiola would not have been the recipient of swathes of praise, yet he deserves censure when it goes badly. Such is the lot of an elite manager; they are paid huge sums of money to get the big decisions right. So far, this one has been a shocker.