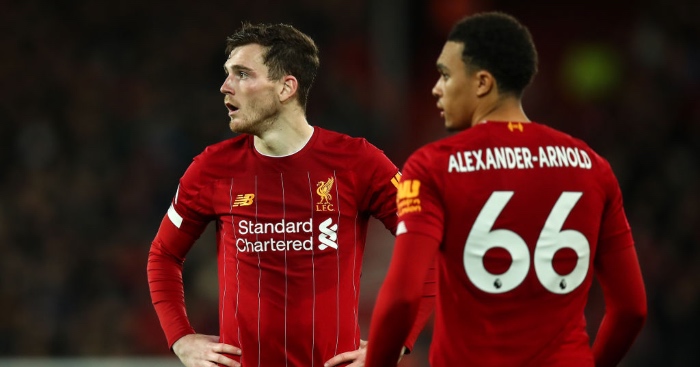 Pogba and Fernandes are in after just 30 minutes, as well as Big Dunc’s duo…

10) Gary Cahill and Scott Dann
Statistically they are the best central defensive partnership in the Premier League: Played four; won four; four clean sheets. But it only happened by accident.

Roy Hodgson tried almost every other combination of centre-backs before pairing Gary Cahill and Scott Dann. Injuries to Mamadou Sakho and James Tomkins forced his hand and the duo with a combined age of 67 have not put a foot wrong since.

9) Bruno Fernandes and Paul Pogba
Yes, it’s far too early to tell. But it was exciting, wasn’t it?

Paul Pogba completely changed the game when he came on with an hour played at the Tottenham Hotspur Stadium. In fact, he would probably have been Man of the Match were it not for Bruno Fernandes, who was very good throughout.

That pass from Bruno Fernandes into Anthony Martial was unreal. What. A. Player! 🙌🔥 #mufc pic.twitter.com/5KY5ZNKZj4

Pogba won the penalty that Fernandes converted, and the half-volleyed cross-field ball from Pogba was worth the  NOW TV pass alone.

But it was their link-up ahead of the golden opportunity for Anthony Martial that showed the true potential of their partnership. Pogba won the ball back and fed Fernandes in a pocket of space before the Portuguese Cruyff-turned and fizzed a ball into Martial’s feet. It was a glimpse of some frightening potential.

8) Charlie Taylor and Dwight McNeil
Let’s get this out of the way: Both of them – like the rest of the Burnley team – were terrible against Manchester City on Monday evening. But the success or failure of Burnley or their players will not be judged on an away day at the Etihad.

Dwight McNeil has been Burnley’s most consistent attacking threat this season, and interest in him from ‘bigger’ clubs remains conspicuous by its absence. He is the assist leader for Burnley (5) and makes the most key passes (1.5 per 90). He also completes the most successful dribbles (2.2 per 90), with his partner on the left flank – Charlie Taylor – second on that list (1.1 per 90).

It makes sense then that 42% of Burnley’s attacking play comes down the left, with just 31% from the right, according to transfermarkt, with the team either subconsciously or intentionally handing the attacking impetus to Taylor and McNeil.

It is most probably the latter; this wouldn’t happen in a Sean Dyche team by chance.

7) Jorginho and Mateo Kovacic
Chelsea have already signed Hakim Ziyech and Timo Werner ahead of next season, but Frank Lampard’s first signing as Blues boss may prove to be his finest. And the truth is that he may not have made Mateo Kovacic’s loan deal permanent had the transfer ban not been in place; the Croatian did not have a great debut season in England.

But he’s been Chelsea’s best player this season. There are few better at picking the ball up from deep and gliding through challenges in midfield. He, like Jorginho alongside him, has been encouraged to take risks under Lampard, to control and pass the ball in tight areas. And Kovacic works the angles Jorginho needs to play his quarterback role successfully, constantly offering options for a five or ten-yard pass, either for the Italian to find him or to open up space for a one-touch pass round the corner to one of the forwards.

Billy Gilmour will be challenging Jorginho for his starting spot next season, but it’s that competition for places – and a centre-back or two – that will can turn this good Chelsea side into a great one.

6) John Fleck and Oliver Norwood
Sheffield United’s midfield duo have been a mainstay of their season. John Fleck is a genuine box-to-box midfielder, full of grit and energy, while Oliver Norwood gives an aesthetic grace to proceedings, sweeping balls from one side of the pitch to the other.

Stick a topknot on their heads or an ‘-inho’ on the end of their names and they’d fetch £30million each. But a European-class midfield pairing from the steel city? Surely not.

5) Richarlison and Dominic Calvert-Lewin
A partnership formed by Duncan Ferguson that has continued to blossom under Carlo Ancelotti.

A combined total of 23 goals in the Premier League is an excellent return, especially given their side’s early-season struggles under Marco Silva, and when they get the chance to play close to each other, they cause teams real problems. Modern centre-backs aren’t used to dealing with two up top.

Richarlison – in a rare but refreshing show of camaraderie to his club – has turned down offers from both Manchester United and Barcelona. He said: “I didn’t want to leave in the middle of the season. It’s bad to leave team-mates like this.”

That does suggest he might consider leaving at the end of the season, which will be a worry for Ancelotti – he’s the one player who can create something out of nothing for Everton.

But in Dominic Calvert-Lewin he’s got a potential 20-goal a season striker – he’s on 13 league goals already this campaign. That’s the same number as Tammy Abraham, who gets far more plaudits than his fellow Englishman.

4) Jonny Evans and Caglar Soyuncu
If we haven’t made it clear before, we bloody love Jonny Evans. Manchester United should never have let him leave, and would be far better off if he was now in the centre of their defence (he wouldn’t get turned like Harry Maguire on Friday night) but you’ve heard all that before.

The former West Brom man has started every Premier League game for Leicester this season, and his partner has been Caglar Soyuncu in all but one of those games. That consistency alone is worth mentioning; to be able to pick your top centre-back pairing for almost the entire season is a luxury. But for them to be quite so successful has come as a bit of a surprise.

Soyuncu didn’t exactly inspire confidence on the few occasions he deputised for Evans or Maguire for Leicester last season, and most feared for Brendan Rodgers’ side after Maguire’s big-money move to United. The assumption was that they would move for Lewis Dunk or one of the other not-quite Maguires.

But as it turns out, Leicester have conceded less goals than United this campaign (29:31), with Soyuncu more than rising to the challenge. The duo should now be battling each other to see who will get the spot alongside Virgil van Dijk in the PFA Team of the Year.

3) Kevin De Bruyne and Sergio Aguero
This could easily have been Kevin De Bruyne and anyone – the guy is a freak. He’s got 16 Premier League assists this season, four short of the record held by Thierry Henry. Raheem Sterling and Gabriel Jesus have each scored three times from De Bruyne assists, but it would make sense that arguably the best striker the Premier League has ever seen should benefit the most – Sergio Aguero has converted six chances laid on by the Belgium international.

One of the most fascinating things about De Bruyne is that he’s far from graceful. He’s clunky in a lot of ways, all moving parts and stray limbs; it somehow looks as though he’s always shooting with his weaker foot, the way his arm juts out at an awkward angle. But then comes the inevitability of the net rippling or the ball landing at Aguero’s feet. There is just no creative midfielder like him in world football, and just having him in the team means wonderful partnerships are bound to be established. Make a run and he will find you.

2) Adama Traore and Raul Jimenez
The opening goal in Wolves’ 2-0 win over West Ham illustrates perfectly why Adama Traore and Raul Jimenez form such a brilliant partnership. The Hammers were powerless to stop Traore as he sprinted down the line and clipped a perfect cross into Jimenez, who had feigned a run to to the front post, before dropping back into space to nod the ball past a helpless Lucasz Fabianski. It was the sixth time this season Traore has provided the assist for Jimenez, with the two combining on a league-high nine occasions in total.

9 – Adama Traore and Raul Jimenez have combined for a league-high nine Premier League goals this season, with no player assisting another more in 2019-20 so far than Traore to Jimenez (6, level with Kevin De Bruyne to Sergio Aguero). Wavelength. pic.twitter.com/Fgds0Cg532

And clubs from across Europe are circling. Jimenez has 23 goals and 10 assists in all competitions this season, while Traore has six goals and 11 assists – the stats are hard to ignore. But who would want to leave Wolves right now? Sure, an offer to double your wages would be difficult to turn down, but it must be a pleasure to work under Nuno Espirito Santo on something we are duty-bound to call ‘this project’.

Whatever happens, here’s hoping we get to see at least one more season of the two in tandem.

1) Trent Alexander-Arnold and Andy Robertson
Liverpool have the best right-back and the best left-back in the Premier League, and the way in which play is switched between them, switching the channel of attack, is the main reason for their success. As Seb Stafford-Bloor picked up on in 16 Conclusions, Andy Robertson’s absence against Everton made the team much more predictable and – ultimately – far less dangerous.

When Robertson is on the pitch, Trent Alexander-Arnold will find him. And such is the right-back’s passing range and speed of delivery, the ball arrives and Robertson has time to assess his options, and either attempt to get to the byline to deliver, or – more often than not – find the other man he could easily be on this list alongside – Sadio Mane.

Opposition teams constantly find themselves overburdened on the flanks, as they fail to effectively slide across as the ball is delivered with precision from one side of the pitch to the other. How often have we seen a game that looks as though the Reds have one or two more players on the pitch than the opposition? If Alexander-Arnold’s not switching to Robertson, he’s picking out a player in the box with the time and space he’s created through the panic that sets in whenever he’s on the ball.

They really are remarkable, and although by no means a typical football partnership, they are currently the most feared duo in the Premier League.