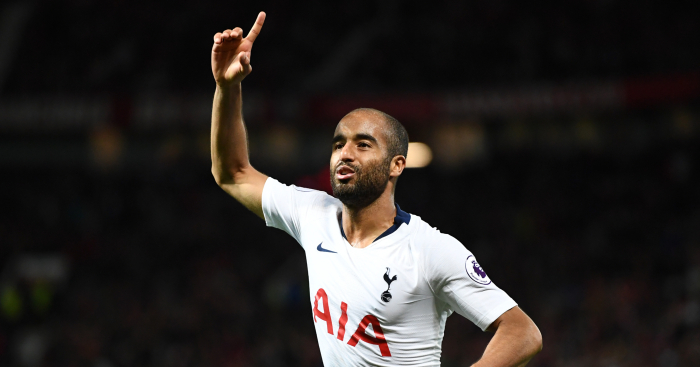 10) Joselu (Newcastle United)
The surprise, admittedly, might simply be in the fact that Joselu is still playing – nay, starting – Premier League games in 2018. Stoke deemed him surplus to requirements in 2017, and Newcastle sought the most inexpensive upgrade possible a year later. Yet even Salomon Rondon needs a rest sometimes, and so Joselu retains an unfathomable importance.

The 28-year-old is doing his utmost to earn such billing, and does deserve credit. He scored four goals in both of his two Premier League seasons thus far for Stoke (22 games) and Newcastle (30). With August not yet out, the Spaniard is halfway there.

9) Cenk Tosun (Everton)
As Everton lurched towards the future under Marco Silva this summer, it felt like Cenk Tosun might be consigned to a forgettable chapter of the club’s past. The Turkish international was emblematic of the Sam Allardyce era: a physical, lumbering striker whose pragmatism hardly set pulses racing at Goodison Park. There was no guarantee of a place with a new, forward-thinking and progressive manager.

Yet Tosun has adapted his role slightly to sacrifice himself for the team. He has turned provider and foil for the two-pronged threat of Richarlison and Theo Walcott, providing two assists already this season. The wait continues for his first goal, but Silva has praised the 27-year-old for “trying to do everything I am asking”. A rousing reception from the Everton support upon his late substitutions in the last two games suggests bridges have been built. Tosun is no longer tarred with the Allardyce brush.

“At Newcastle, the team there played a compact shape and mostly counter-attacked, so this is not where I am strongest. This is the style that Rafa played and I have to accept this, but here I have adapted really fast because we play attacking football with a lot of crosses and balls into the box and around it too.”

Aleksandar Mitrovic was speaking in February, but his words were as pertinent as possible on Sunday. Newcastle and Fulham kicked off at the same time against Chelsea and Burnley respectively and, although the assignments differed in difficulty, their approaches could not have been more diverse.

Mitrovic, to his credit, is supporting the notion that he suits leading an exciting attack instead of providing the first line of an organised defence. In two minutes and seven first-half seconds at the weekend, he scored as many goals as Newcastle all season. Throw in his headed equaliser in defeat to Tottenham earlier this month, and he is out-performing his former side. Hands up who expected him to have more cards than goals at this stage?

7) Jorginho (Chelsea)
‘Jorginho gets a reality check,’ read one headline, while The Sun suggested that ‘FODEN PROVES PEP DIDN’T NEED JORGINHO’. Another asked whether Chelsea should ‘be worried following the Community Shield’. The clue really was in the title: as ever, any conclusions drawn from the glorified pre-season friendly ought to be hastily crossed out and forgotten.

The £57million signing has wasted little time in proving such arguments to be folly. Outside of his brisk Wembley jog, Jorginho has barely put a foot wrong in Chelsea blue.

As can only be expected, no player has embraced the Stamford Bridge version of Sarri-ball quite as effectively. Jorginho has attempted at least 82 more passes than any other Premier League player so far this season, with a ludicrous 92% success rate. Those who sought to write him off at the earliest and most inappropriate opportunity are surely tucking into only the humblest of pastries.

6) Benjamin Mendy (Manchester City)
Perhaps there should be no surprise attached to a £52m player performing to a £52m standard. But Benjamin Mendy deserves great credit for instantly breaking into a sprint from what was – at best – a standing start on a gradual incline. After 361 Premier League minutes last season, the Frenchman has already played 270 and registered the most assists of any player (3).

His impact should not be understated. Injury forced Mendy into the most desirable of front row seats for the majority of last season, and although his public persona was that of a man enjoying the view, it must have been a daunting prospect to regain his place in the starting line-up. Confidence and form are not assets that can be switched on and off; it takes time to rebuild both after such a damaging setback.

If the 24-year-old was overwhelmed by the challenge, he has disguised it well. Mendy has not just slotted straight back in, he has improved and upgraded a record-breaking Manchester City both in defence and attack. Pep Guardiola found stop-gaps in Fabian Delph and Oleksandr Zinchenko, but there is no viable replacement for the real thing.

5) Neil Etheridge (Cardiff City)
For Neil Etheridge, the journey to becoming the Premier League’s first ever Filipino player has been an arduous one. He signed his first professional contract with Fulham in 2006, but by the time he joined Walsall in 2015, he had made just 23 career first-team appearances for five different clubs. He had earned almost twice as many international caps (44).

The 28-year-old admitted earlier this year that he came within “about a week” of returning to his native country and giving up on football altogether, having sold his house and cars. He paid out of his own money to train with Charlton, and “was living on my mate’s sofa@ during a short-term spell with Oldham in 2014. As he himself put it: “That’s what you’ve got to do to get by.”

Etheridge would have been forgiven for ignoring any potential light at the end of the tunnel, but he has emerged from his Football League voyage as possibly Cardiff’s most important player. The only club in the Premier and Football League yet to score a single goal this season need those in other areas to reach absolute peak performance, and two clean sheets and penalty saves suggest Etheridge is up to the task. At the very least, he has earned the opportunity to prove it.

4) Georginio Wijnaldum (Liverpool)
The star of Liverpool’s season so far has not been the £56m goalkeeper, the world’s most expensive defender, the midfield gift that has finally arrived after 12 long months or the record Premier League goalscorer; Georginio Wijnaldum has emerged from some considerable shadows to shine brightest at Anfield.

It is a quite unexpected turn of events. With the arrivals of Fabinho and Naby Keita, the improvement of Jordan Henderson and the enduring excellence of James Milner, Wijnaldum was expected to play only the bittiest of parts. Yet he has been the most consistent performer in their table-topping start.

Ah, this is really awkward.

2) Lucas Moura (Tottenham Hotspur)
As pointed out in 16 Conclusions on by far his best game in a Tottenham shirt, Lucas Moura was always bound to find it difficult to prove himself in north London. Any new signing Mauricio Pochettino makes is the equivalent to a new child transferring from a different school in the middle of term, with cliques long since established and Harry Kane ready to inform the teacher of any minor indiscretion.

A January arrival perhaps favoured Moura. It offered him time to acclimatise and adjust, and removed the pressure to deliver instantly as he was dipped in and out as opposed to being thrown straight in at the deep end. His football upbringing in Brazil and with Paris Saint-Germain could easily have led to complications in such a tightly-knit squad built on loyalty and togetherness, but the 26-year-old used the time to settle, to wait patiently and develop, and he is now reaping the benefits. Two goals in a victory over Manchester United makes him Tottenham’s highest ever Premier League goalscorer at Old Trafford, yet it merely adds the gloss to an already fine start to the season.

1) Roberto Pereyra (Watford)
Liverpool signed Andy Carroll to replace Fernando Torres, Manchester United brought in Gabriel Obertan after selling Cristiano Ronaldo and Arsenal purchased both Alexandre Lacazette and Pierre-Emerick Aubameyang in their failed attempts to fill the void left by Yaya Sanogo. Javi Gracia watched all three try and struggle to find a substitute after selling their most prized assets, and decided it was not worth all the hassle.

Watford spent little over £25m this summer, but none of their investment went on a direct replacement for Richarlison. Gracia adopted the rather novel approach of looking at those he already had at his disposal, and decided that a two-time Serie A winner and Champions League finalist could take on a more prominent role. After two seasons in the Vicarage Road shade, it was Roberto Pereyra’s time to take centre stage.

“It didn’t surprise me, I know he is capable of doing these things,” Gracia said after Pereyra’s two goals on the opening weekend helped beat Brighton. But to those who are guilty of overlooking the talent boasted by the Premier League’s unexpected pace-setters, the Argentine in particular has been a revelation. There has been no better player in the top flight thus far.